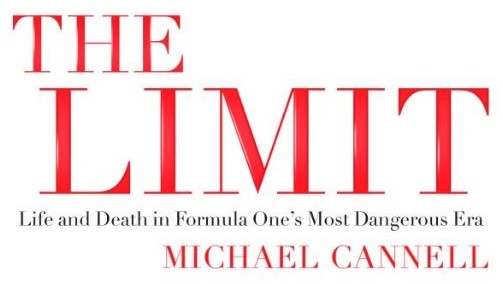 The tragedy of the 1961 Italian Grand Prix, in which Wolfgang von Trips and 15 spectators lost their lives, is the subject of this new book by American author Michael Cannell.

Unfortunately, I didn’t receive a copy early enough to include it in F1 Fanatic’s season gift guide.

Cannell calls himself “an unlikely person to write a book about car racing” but adds, “I believe that dedicated reporters can write on any topic if willing to do the legwork”. He has done the legwork with this book, and it shows.

“The Limit” serves as twin biographies of Phil Hill and von Trips, the two Ferrari drivers who contested the 1961 world championship.

These were contrasting characters. Hill, restrained and thoughtful, mechanically sympathetic and occasionally gripped by fear at the prospect of racing. Von Trips, with his aristocratic background, was more of a playboy figure and somewhat accident-prone, though often very quick.

Of the two, Hill receives a fuller and slightly more sympathetic treatment. Cannell says after the fateful race: “The newspapers buried Hill, if they mentioned him at all. The insinuation was that von Trips was the rightful winner.”

We tend to see team patriarch Enzo Ferrari through Hill’s eyes – especially Hill’s disdainful view of Ferrari’s ostentatious mourning for several of his predecessors and, later, von Trips. “La Scala might have lost a star when Ferrari went into tears,” observes Hill.

Cannell paints a vivid picture of the times, relying on a mixture of contemporary accounts, recent memoirs and some new interviews.

The author has an eye for the kind of curious detail that conveys a point: after winning the 1961 championship Hill appeared on a television gameshow the following December which was “predicated on the obscurity of the guest’s achievement”. Whether F1’s profile has improved in America in the intervening 50 years will surely be a point of interest when the United States Grand Prix returns to the calendar this year.

That the intervening five decades has seen a revolution in attitudes towards safety in motor racing can hardly be overstated. After von Trips’ car cut its deadly swathe through the Monza crowd and hurled the lifeless body of its driver on the floor, the race continued.

Cannell’s book seems to draw particular inspiration from Robert Daley’s contemporary works The Cruel Sport and Cars at Speed, both of which have been republished in recent years and should be your first port of call if you’re looking for information on this time. If you enjoyed those, you’ll lap up “The Limit”.

Buy The Limit: Life and Death in Formula One’s Most Dangerous Era (UK)

Buy The Limit: Life and Death in Formula One’s Most Dangerous Era (USA)

20 comments on ““The Limit: Life and death in Formula 1’s most dangerous era” – review”