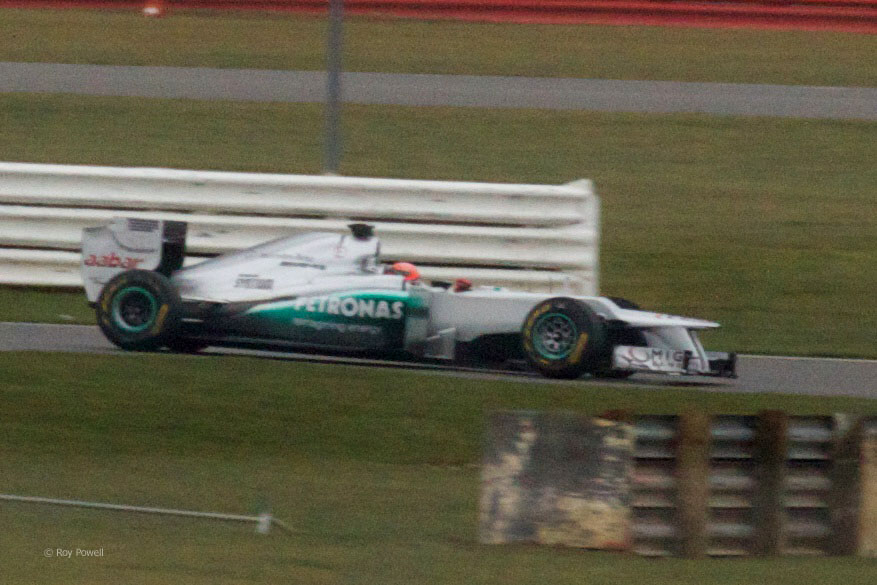 The Mercedes W03 broke cover at Silverstone yesterday as the team put the car through a 100km shakedown test.

The images above and below of Michael Schumacher driving the car were taken and sent in by a reader.

It shows Mercedes have adopted an aggressive stepped nose on the W03.

Here is a video shot of the car testing yesterday: