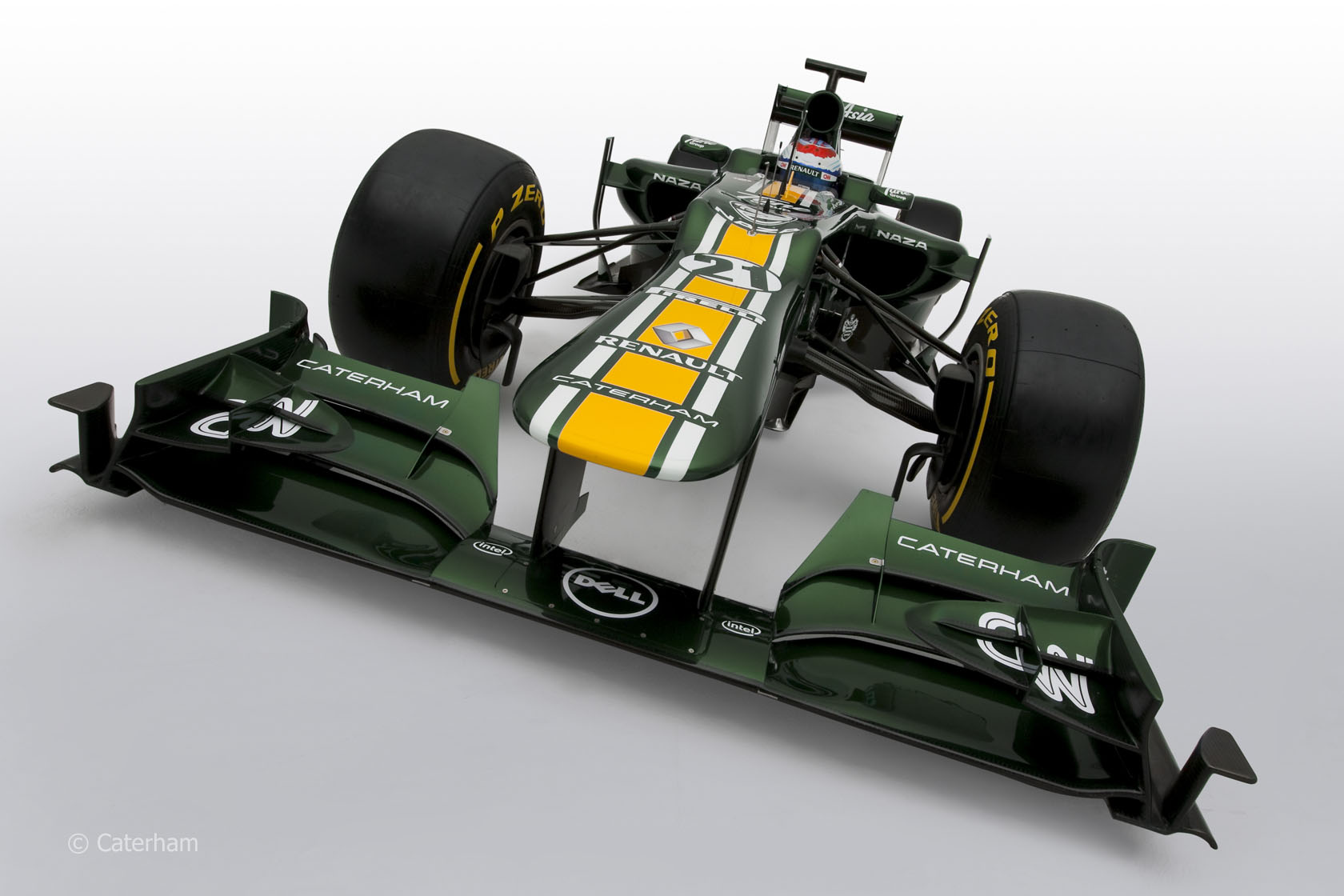 Caterham have published new studio photographs of their 2012 F1 car, the CT01.

Of the three new teams which entered the sport in 2010, Caterham are the only one to have launched and tested their new car so far.

Marussia announced earlier this week they will not be bringing their MR01 car to the final test in Barcelona after it failed one of the FIA crash tests.

HRT’s new car has passed the crash tests and the team hope to have it run before pre-season testing finishes: something they failed to do with their new cars in 2010 and 2011.

Here are the new pictures of the Caterham CT01:

25 comments on “A closer look at the Caterham CT01”