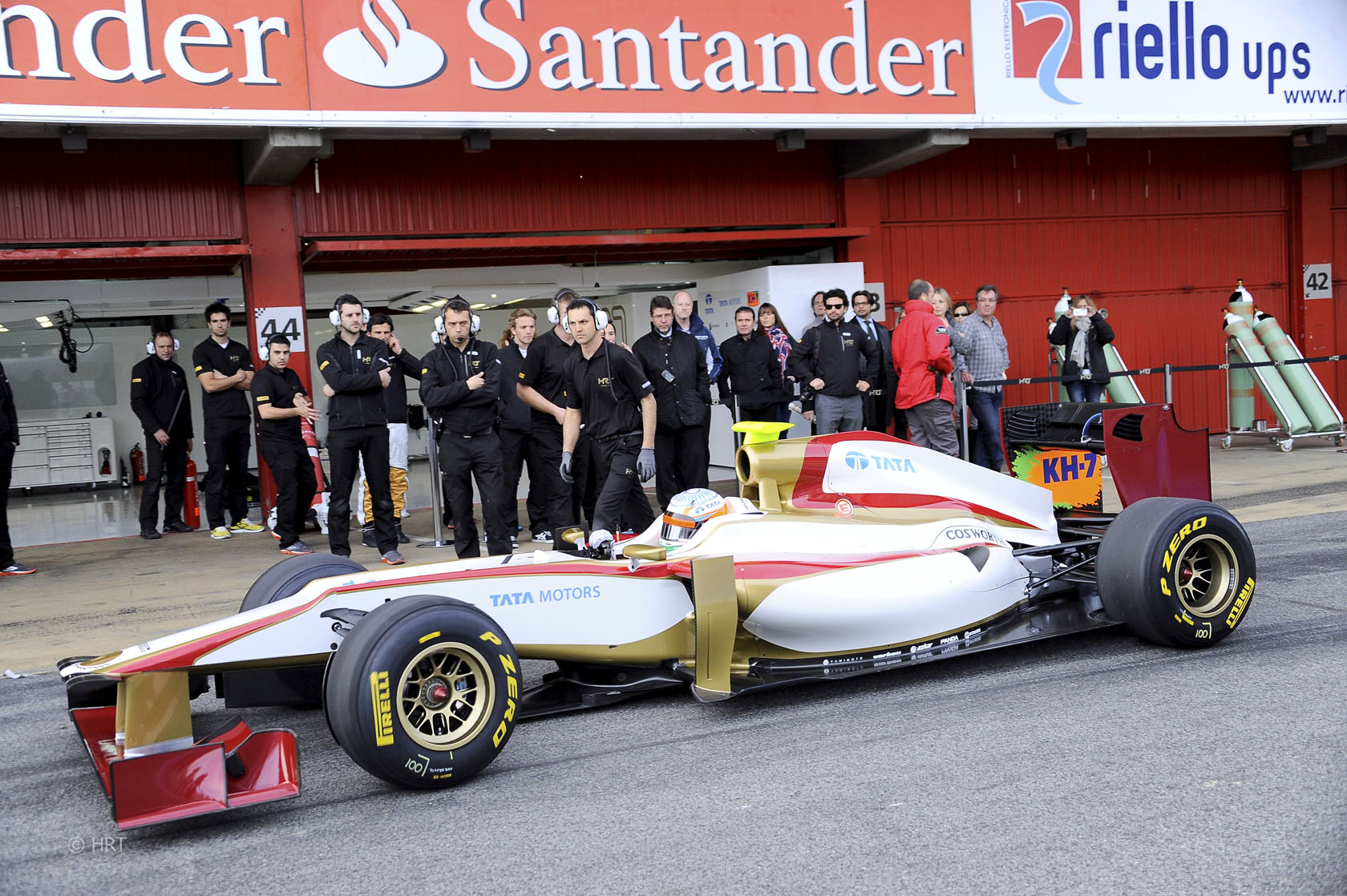 Narain Karthikeyan was at the wheel for the car’s first laps.

HRT did not manage to have the car pass its crash tests in time to be able to participate in pre-season testing, which concluded at the circuit on Sunday.

Here are the first pictures of the HRT F112: