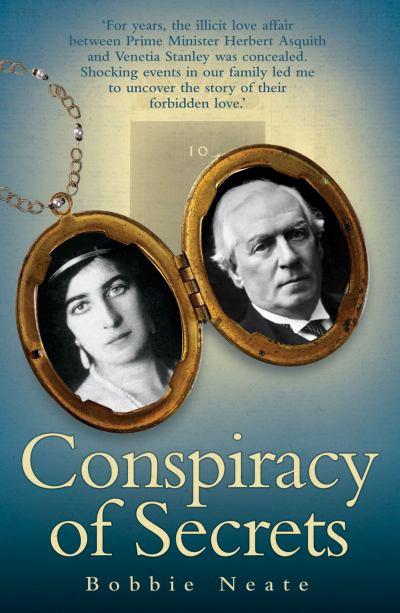 The motor racing world knew Louis Stanley as the former manager of the BRM team who also made a significant contribution to improving safety standards in Formula One.

This searing new book by his stepdaughter Bobbie Neate makes the astonishing claim that Stanley was the son of former prime minister Herbert Asquith, who had an affair with a woman named Venetia Stanley.

Louis Stanley married into the world of F1 when he took his second wife, Jean Owen, who was the sister of Sir Alfed Owen, who owned BRM. Author Neate was one of Jean’s children from her previous marriage.

Through BRM, Stanley introduced Marlboro sponsorship to Formula 1, famously entering a five-car team in 1972. He also helped improve safety in the sport, setting up the Grand Prix Medical Unit which travelled to European races to provide medical care to drivers, sometimes over the objections of circuit owners.

But Stanley’s racing activities are only referred to in passing here – apart from a few mentions of Jackie Stewart and Graham Hill, and a few first-hand accounts of the family going to watch BRM.

Stanley was regarded by many in F1 as pompous and overbearing. But a darker side to him is revealed in this book, where he is referred to throughout as ‘Stepfather’ – the omission of the definite article a pointed sign to the reader from page one.

Neate’s description of being sexually abused by Stanley is quite appalling. That, and his treatment of her mother after she became ill, motivated Neate to investigate, document and expose his murky past.

The text gives the distinct impression that she formed a conclusion about Stanley’s background and then set out to prove it. But her claims are backed up by a substantial amount of research which reveals much to be sceptical about in his past.

Neate uncovers what she believes is the foster family that raised him, painstakingly traces his upbringing and early life, and discovers a string of lies and fabrications in his personal history.

The details of Asquith’s obsession with Venetia Stanley are a matter of historical record. He scribbled romantic notes to her during cabinet meetings and fell into a depression when their affair ended in 1915, with ramifications for the government of the country during World War One.

The incredible tale comes tumbling out in a breathless rush that is disjointed and hard to follow at times. The absence of an index – always an infuriating omission in reference books – doesn’t help matters.

Its key claim is so astonishing and Neate’s rage at her stepfather so plain that the book cannot help but invite conflicting interpretations. The anticipated release of further letters from the Bodleian library in 2015 may go some way towards settling the matter.

If you measure your likely interest in the books that feature on F1 Fanatic by how much racing action they contain, then this one is definitely not for you. But if the summary above has piqued your curiosity, I’d be fascinated to hear what you make of this book’s stunning claim in the comments.

14 comments on ““Conspiracy of Secrets” review”