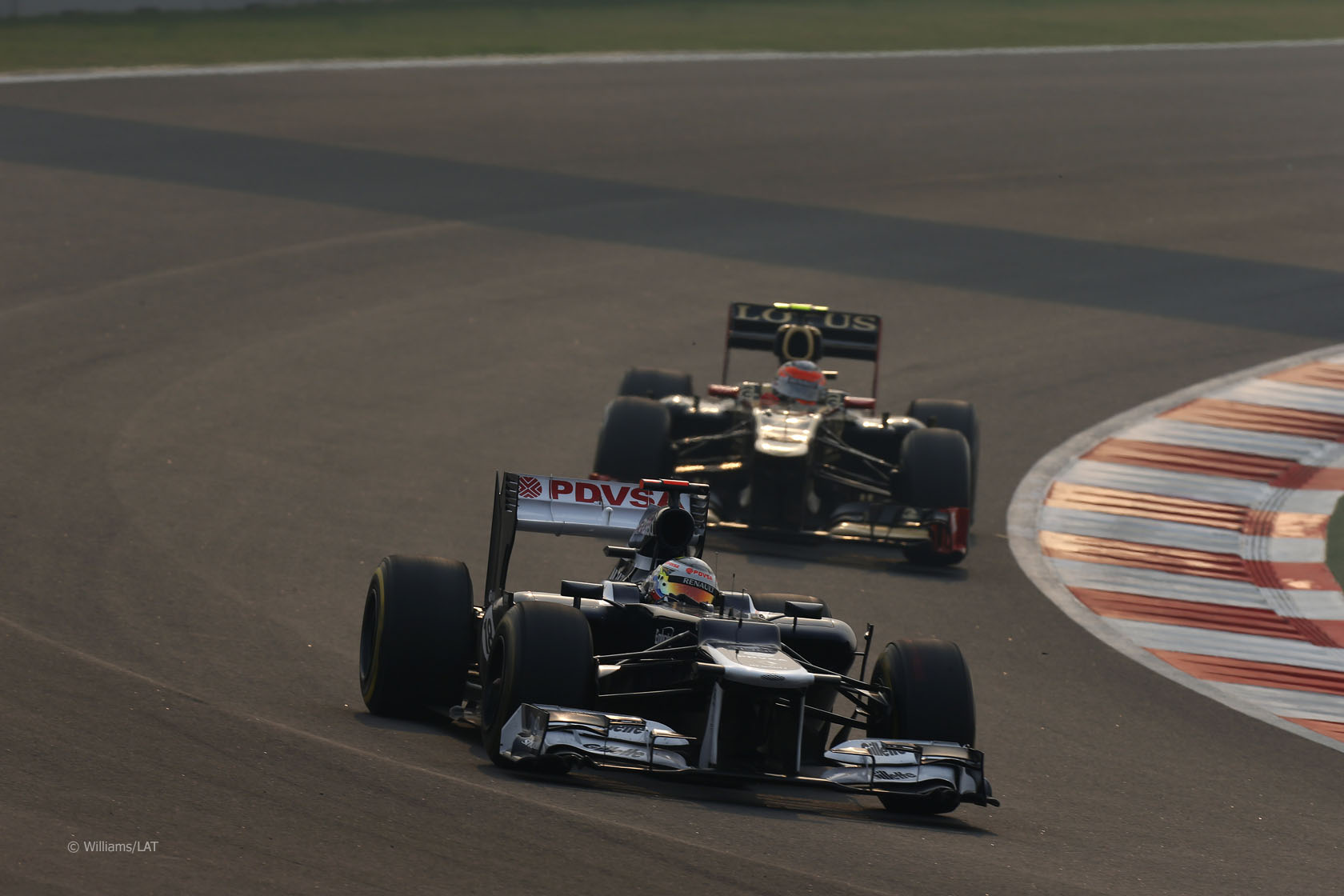 In the first of a new series of race weekend articles @AnthonyFrench rounds up the Twitter highlights from F1 drivers, team members and more at the Indian Grand Prix weekend.

Conservative tyres and some unusual sights on the roads were among the talking points for the F1 community at the Indian Grand Prix.

All Kingfisher Team members back at work and fully supportive.I sincerely thank all of them for their faith and continuing commitment.

It’s a pretty standard programme for FP1. Data collection this morning while the afternoon will be focussed on tyre work.

Very dirty track and massive traffic in all my runs. So next time please get out of my way ??????????

enjoyed that Fp1 session, its a nice technical track.. Every time I get more and more confidence with the car! This session was for grandpa

Fingers crossed”@renaultsportf1 Did you know that if a Renault-engined car wins this weekend it will be Renault’s 150th win in F1? #IndianGP

Didn’t expect to be tweeting while the session is still on, but FP2 cut short due to hydraulic issues. But looking ok so far #airtelIndianGP

A record breaking week in the sim over at last. Seriously long hours, lots of data to go through. Do it all again next week!!

Our coach has just driven up a motorway sliproad THE WRONG WAY people swerving but treating it as normal!!!#Delhihighwaycode

Raikkonen told: “Confirmation it is OK to completely cross the white line on the right of the pit entry.” #F1

Lotus deny rumour that Proton is to buy #F1 team

Vettel’s never been out of the top two in any F1 session on the Buddh circuit in 2 years. His 35th pole in 97 races. Red Bull lockout again

Just heard RBR 15km/h quicker than the rest in turn 10 and 11 (double apex corner) #F1 Sure looked quick, that is quite something if true.

Going to gym for a light session, as always tomorrow gonna be 110% effort from start to finish regardless the position or the pace

Not a bad day, but always a shame not to find time between Q2 and Q3. Last year @jensonbutton started P4, finished 2nd… Roll on tomorrow

Decent qualifying for us today. Much closer to RBR than yesterday and all to play for tomorrow.

@run_pepper @run_pepper yeah definately makes it worth it. We work harder than any other team and the results show :-)

As a birthday present, I bought Bernie a ticket to a Formula 1 race.I figured it’s the only thing nobody’s ever got him before.

From my little Italian I think Alonso was just told to use all his KERS at the exit of turn three. That or his Albanian octopus is pregnant.

If Vettel’s car is touching the ground too much he could have a problem in scrutineering with plank width. #F1

Vettel: “Thank you boys. Each and every one of you, thank you. No matter who you are. Everyone is pushing like there’s no tomorrow.” #F1

@adamcooperf1 you have a very short memory! Either tyre could have done the whole race today. Not sure that’s what people really want.

Low degradation and wear, made for a different type of race compared to early season. Could we have used Super soft ?Probably with hindsight

Congratulations @nicohulkenberg!!!Perfect defending against Grosjean! These points have been realy hard work!!! ??

Great first & last lap, the problem was all the laps in between!! Struggled on the soft, felt good on the hard but 2 far back 2 challenge..

So that’s it for another weekend….off to Abu Dhabi tomorrow!

I thought leaving Silverstone was bad, this is a nightmare. Its a race against time to make it to the airport. The clocks ticking quickly

If breaks the sword,fight with your hands.If they cut your hands,push the enemy with your shoulders,even with your teeth #samurai #IndiaAlo

Did you spot any other noteworthy F1 Tweets during the Indian Grand Prix? If so, share them in the comments.