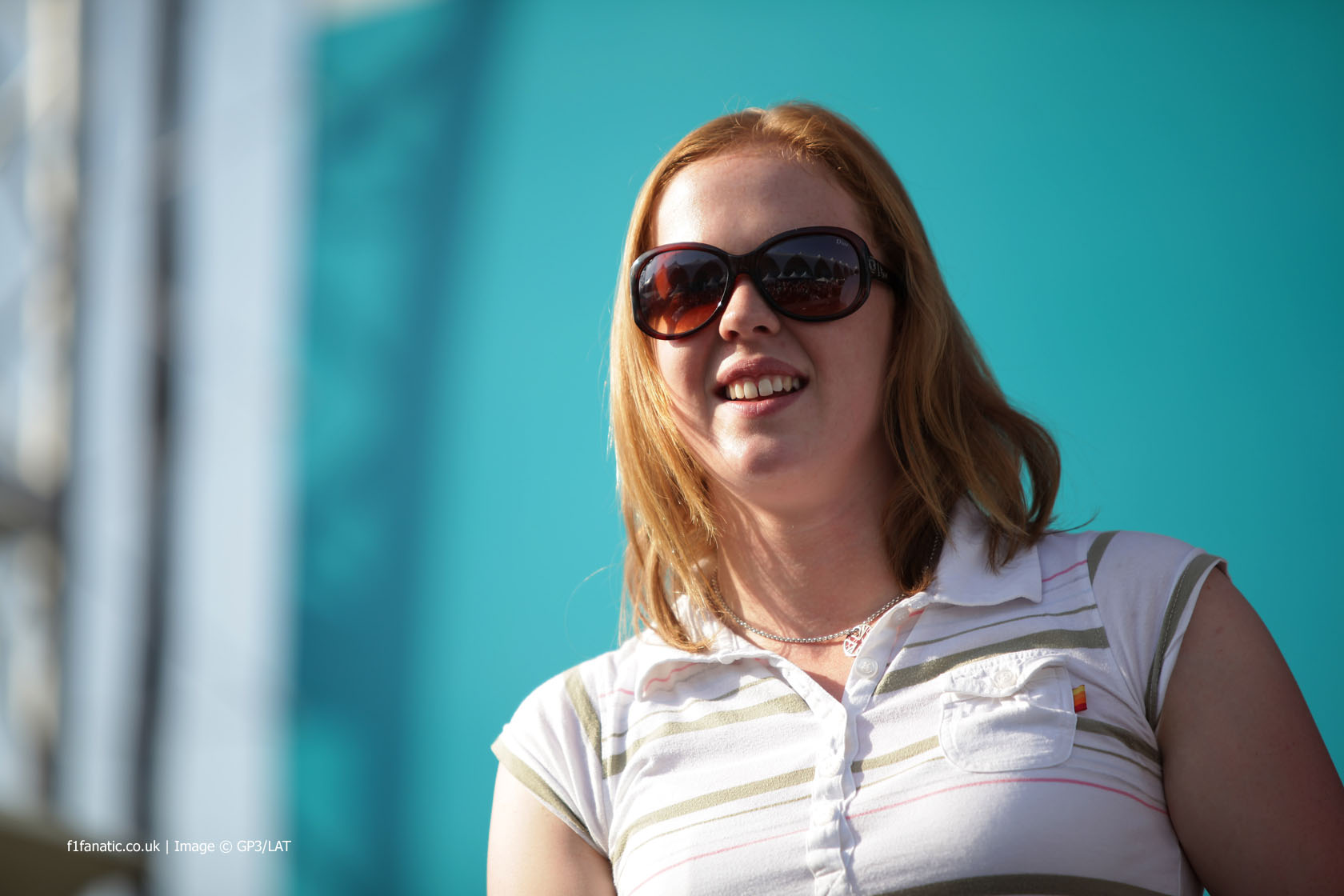 Alice Powell says she is ready to take a “massive step” if she is handed the chance to make her Formula One debut with Caterham at the final race of the season.

A report yesterday claimed administrators running the team had been offered a payment by Powell’s grandfather to run her in the car at the season finale.

Caterham, which went into administration last month, is seeking £2.35m via a crowdfund in order to participate in the final race of the season. It has raised just over half that total so far.

“It will be a massive step if it all happens,” said Powell on Twitter, “however you have to take chances and try your best.”

“Big thanks to my sponsors, the investors and my granddad,” she added.

Powell, 21, lies second in the Asian Formula Renault Series after 11 of 14 races. She raced in the F1-supporting GP3 category in 2012, finishing the year 19th, and two years before that won Britain’s Formula Renault BARC championship.

In order to participate in the final race she would have to obtain a superlicence, for which she will need to cover 300km of running in an F1 car.

Meanwhile Marcus Ericsson has formally severed his ties with team, ahead of his move to Sauber next season.

“Following recent events re Caterham Sports Limited and 1 MRT Sdn Bhd, my adviser Eje Elgh and I have decided to terminate, with immediate effect, all agreements connecting me to the Caterham F1 team,” said Ericsson in a statement on his website.

“This is a sad day as we have greatly enjoyed working with the team through a difficult and tough season.”

“I wish to thank Colin Kolles, Manfredi Ravetto, Cyril Abiteboul and every other member of the Caterham F1 team for your trust and confidence in me, and for making my first Formula One season an educational and unforgettable experience.

“In addition, I thank my good friend and team mate Kamui Kobayashi for being an inspiring benchmark throughout the year, and hope to see him back on the track soon.”