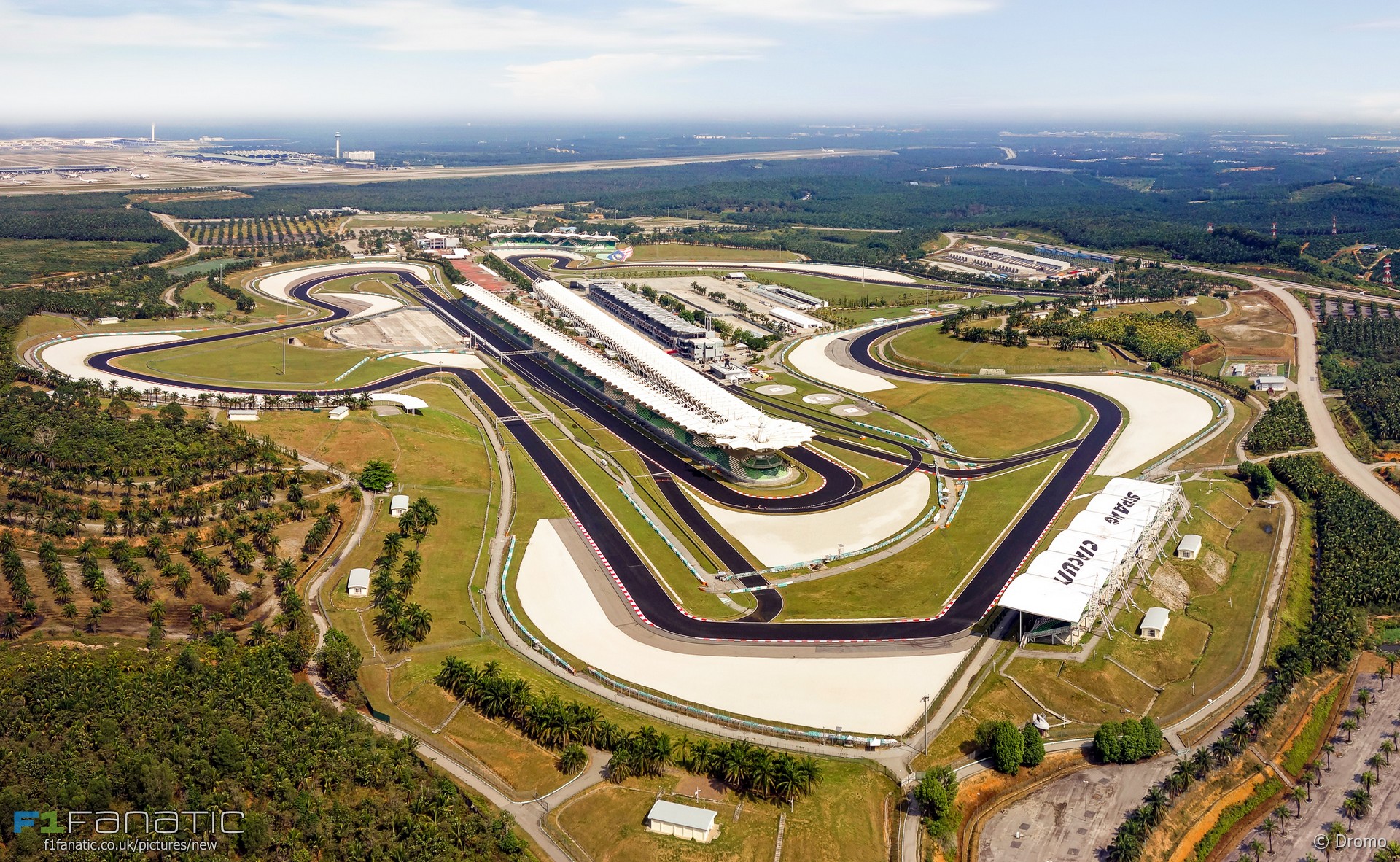 The Sepang International Circuit has undergone its first major revisions since it held the first Malaysian Grand Prix in 1999.

The track, one of the first ‘new generation’ circuits originally designed by Hermann Tilke, has undergone revisions masterminded by Italian designers Dromo, who also conceived the planned changes to Monza.

The entire Sepang circuit has been resurfaced and changes made to the track gradient, kerbs, drainage and run-off areas. Among the most significant changes is at the final corner, where the designers have attempted to improve overtaking opportunities.

The comparison images below show the original track in blue and the revised track in beige.

The braking zone for the first corner on the track is one of several places where bumps have been eased. The run-off area has also been altered and some of the asphalt replaced with gravel in an attempt to make a better compromise between the safety needs for car and bike racing.

Turn two has been revised in order to make it easier for drivers to see the kerb on the left. At turn three the centre of the track has been raised to encourage water to drain away more quickly.

The approach to turn four is now smoother and again part of the asphalt run-off has been replaced with gravel.

The gradient of the track is now more steeply banked on the racing line at turn five and some kerbs have been removed to aid drainage. The bumps at turns seven and nine have also been eased.

This is another section of track where the middle part has been raised to help water drain away during Sepang’s periodic cloudbursts. Two additional drainage grids are now being used to prevent water from pooling at this part of the track.

The designers have tried to challenge drivers with a choice of racing lines at the final corner on the track, which separates two long straights. A steeper slope at the inside of the corner is expected to encourage drivers to take a later apex.

What do you think of the changes to Sepang for this year’s race? Have your say in the comments.