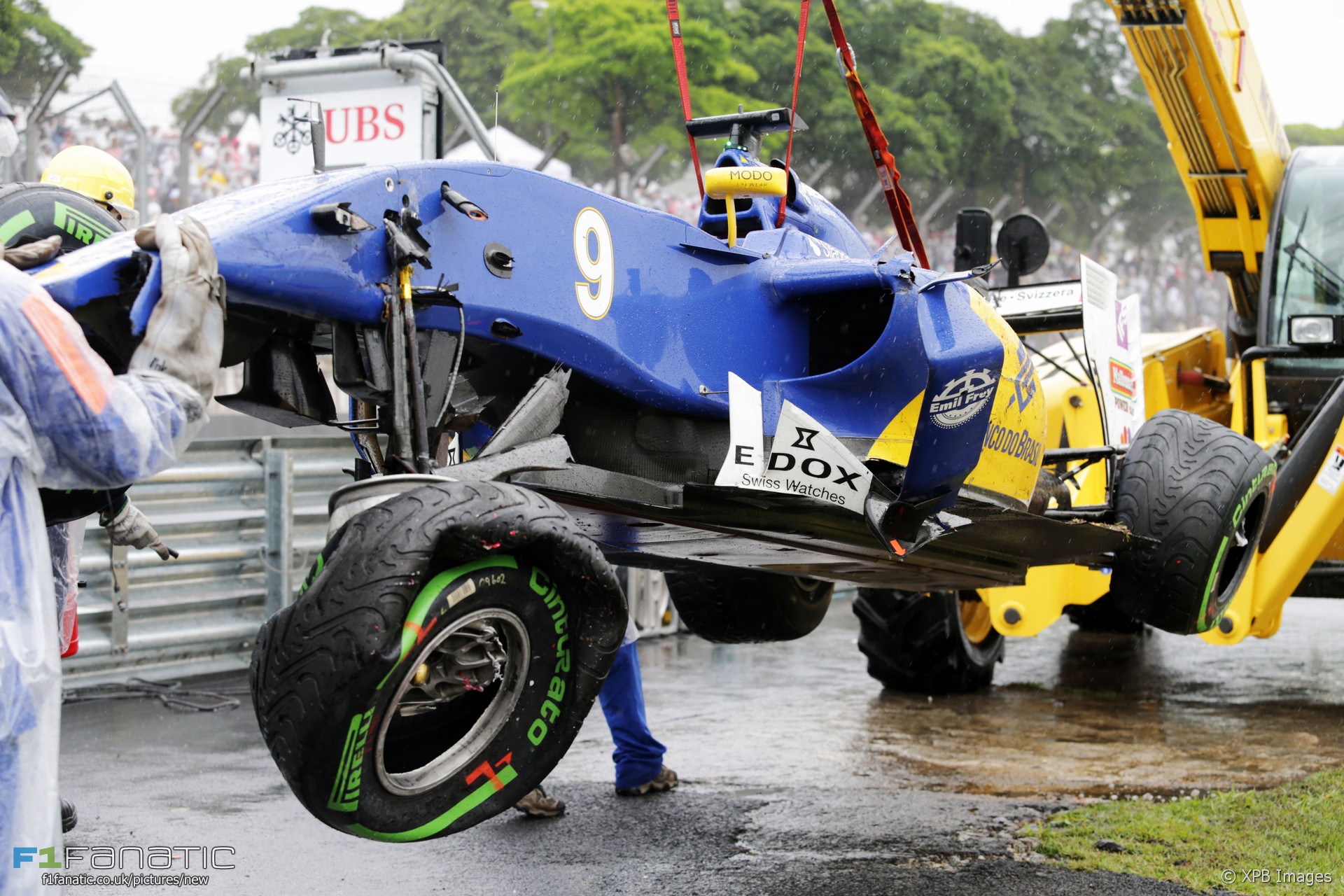 The FIA’s report into the crash which claimed the life of Jules Bianchi two years ago identified seven recommendations for the sport to address in order to prevent a repeat.

Action has already been taken. New rules on yellow flags and racing at sunset have been introduced and improvements made to drainage at several circuits.

The report’s final recommendation, and arguably its most carefully-worded, concerned the quality of F1’s tyres for wet weather driving. “It is part of the challenge of a racing driver to drive his car as fast as possible given the track conditions combined with the characteristics of his tyres,” it noted.

“Although the characteristics of the wet weather tyres provided by Pirelli did not influence Bianchi’s accident or its outcome in any significant way, it is recommended that provision is made for the tyre supplier to develop and adequately test wet weather tyres between each F1 season, such that it is able to supply the latest developments to the first event.”

The report absolved Pirelli of responsibility for the crash but also recommended increasing the development work being done on its tyres. Drivers had already described the areas they felt the wet weather tyres needed to improve.

“The problem is that once there is a lot of water visibility is very poor,” explained Sebastian Vettel at Suzuka in the aftermath of the crash. “Once there’s too much water the inter [tyre] doesn’t work any more and the [full] wet only has a very narrow window where it works.”

“Also, with a lot of water on the track, water drainage on the [full wet] tyres is not as good as it probably should be, so that’s why I think the window is narrow.”

In line with the report’s recommendations, Pirelli had a chance to test wet weather tyres earlier this year with Ferrari, Red Bull and McLaren. One of the difficulties F1’s official tyre supplier faces is that opportunities to run its wet weather tyres in the most demanding conditions only occur infrequently.

Sunday’s race was the first time since that dark day at Suzuka that the wet weather tyre was needed for extended periods and the results were not encouraging. Several drivers lost control or crashed due to aquaplaning, particularly when the water levels on the track were rising.

A comment from Felipe Massa on the radio captured the dilemma drivers faced as the rain worsened. Massa was running on intermediates at the time but was reluctant to change back onto wets even as the water levels rose because the intermediate tyre was still potentially the quicker tyre. These were exactly the circumstances Vettel had described at the last extreme wet race. Massa found himself in the same dilemma late on and crashed as the rain fell while he was on 15-lap-old intermediate tyres. The similarities between this situation and those of Bianchi’s crash are unmistakable.

Inevitably this will prompt questions over whether F1’s wet weather tyres are not up to the job or whether this is a matter of drivers taking too many risks in extreme wet conditions. F1 has been eager to shield Pirelli from criticism from drivers, notably after last year’s blow-outs at Spa. But they are the ones taking the risks and their voices have to be heard.

If there’s one driver who can be relied upon to play things down, typically with a mumbled “it’s the same for everybody”, it’s Kimi Raikkonen. “You know if Kimi says something it’s important, because he never says anything,” FIA race director Charlie Whiting remarked last year.

“But if he feels strongly enough about it, he will say something, so you need to listen to what he says, because he actually means it.” Following his crash on Sunday, Raikkonen did have something to say about Pirelli’s wet weather drivers, and so did several of his rivals.

Obviously it depends on the circuit, on many things, but if I’m comparing it to 10 years ago or 12 years ago, those tyres could handle this kind of water with no issues, no aquaplaning. The aquaplaning is the big issue.
Kimi Raikkonen

[The crash] shows that the extremes are really terrible tyres and the intermediates are faster even though you have to take huge risks.

It was an on-off switch. Nothing I could control. Honestly I don’t know what happened. I have seen two other cars having the same issue. So we need to improve the wet tyres. In my case I was not even pushing. Very strange.
Romain Grosjean

It’s down to the tyres, you know, not coping well with the aquaplaning. We know that and we’ve been working on that now for next year and so we’re hopeful to make progress on that.

Of course it would be good, you know, if it wasn’t so on the edge as soon as there’s a bit of standing water.
Nico Rosberg

We are going at some serious speeds and there is a lot of water to disperse by the tyres and the tyre just struggles; the faster we go, the harder it is for the tyres. This wasn’t a particularly difficult race in terms of being wet, there’s been much worse races in terms of aquaplaning.
Lewis Hamilton

I think it’s a combination of having more horsepower now, so more torque, so the cars are speeding up more and less downforce at the moment. Yeah, I think next year it should be solved already, it will be much easier to drive the cars in the wet because of having quite a lot more downforce on the race.

Of course, I think we can do improvements on the tyres, we’re working on that for next year but I think that with more downforce that should help already.
Max Verstappen

When we go high speed and there’s water, for some reason these tyres that we use at the moment you can’t go through standing water without having a big risk of losing the car. I was not the only one.

For me if you look back ten years ago it was very drive-able in these conditions and I think the rest of the track was very drive-able but for some reason I think we need to work on being able to go through these pools of standing water without having this aquaplaning problem.
Marcus Ericsson