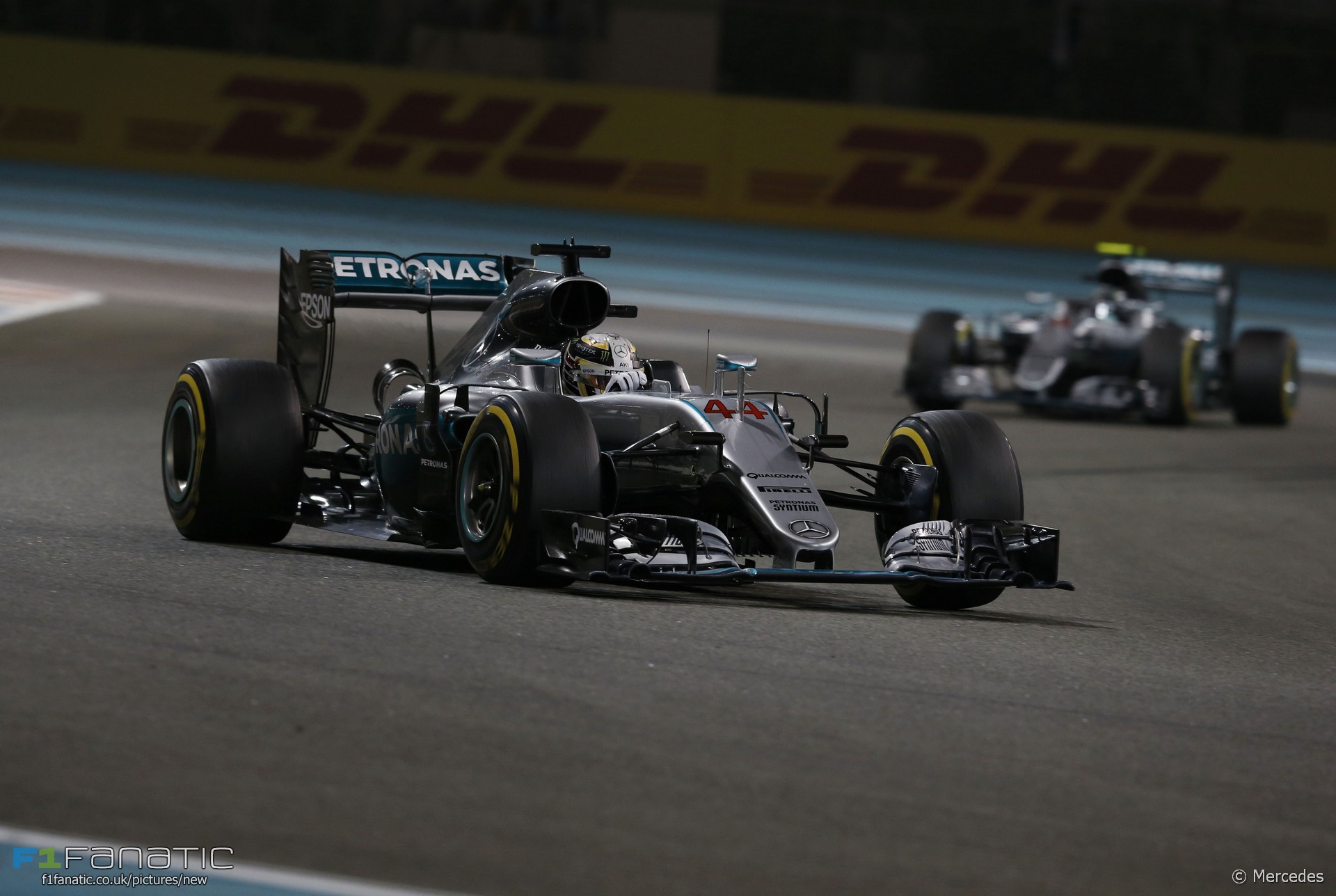 Hamilton infuriated the team by deliberately slowing in the latter phase of the race in an attempt to encourage other cars to pass Nico Rosberg, which was his last chance of winning the championship.

A few laps from the flag Lowe was heard on the radio telling Hamilton: “We need you to pick up the pace to win this race. That is an instruction.”

Hamilton ignored the instruction and continued to restrict the pace but Lowe was reluctant to issue a second order, as he explained in an interview at the Autosport Awards.

“When I told Lewis to speed up the next debate on the pit wall came from Toto to ‘tell him again, he hasn’t done it’,” said Lowe. “So I said ‘no, then I will look a complete pillock if I do that again’.”

“James [Vowles] who sits to my right, is actually the most fantastic strategist. But it didn’t compute with him that the driver wasn’t going at the right speed. So he was struggling with that.”

“And then it was ‘well, make him speed up otherwise the graph shows we’ll lose’. So the conversation I was having was ‘don’t you think once he sees a red car in the mirror he’ll put the throttle in a bit harder?’ So we were having our own debates. But I put a marker down.”

Lowe said the tense conclusion to the season was “a great ending for not only the team but for the sport as a whole that will really have brought new fans to the sport”.

“Although I told Lewis to speed up I think it was fine what happened,” he added.

“It’s worth remembered that in Monaco we told Nico to let Lewis past and that was my other team instruction of the year and he did that within one corner. Just for a bit of balance, that’s worth remembering.”