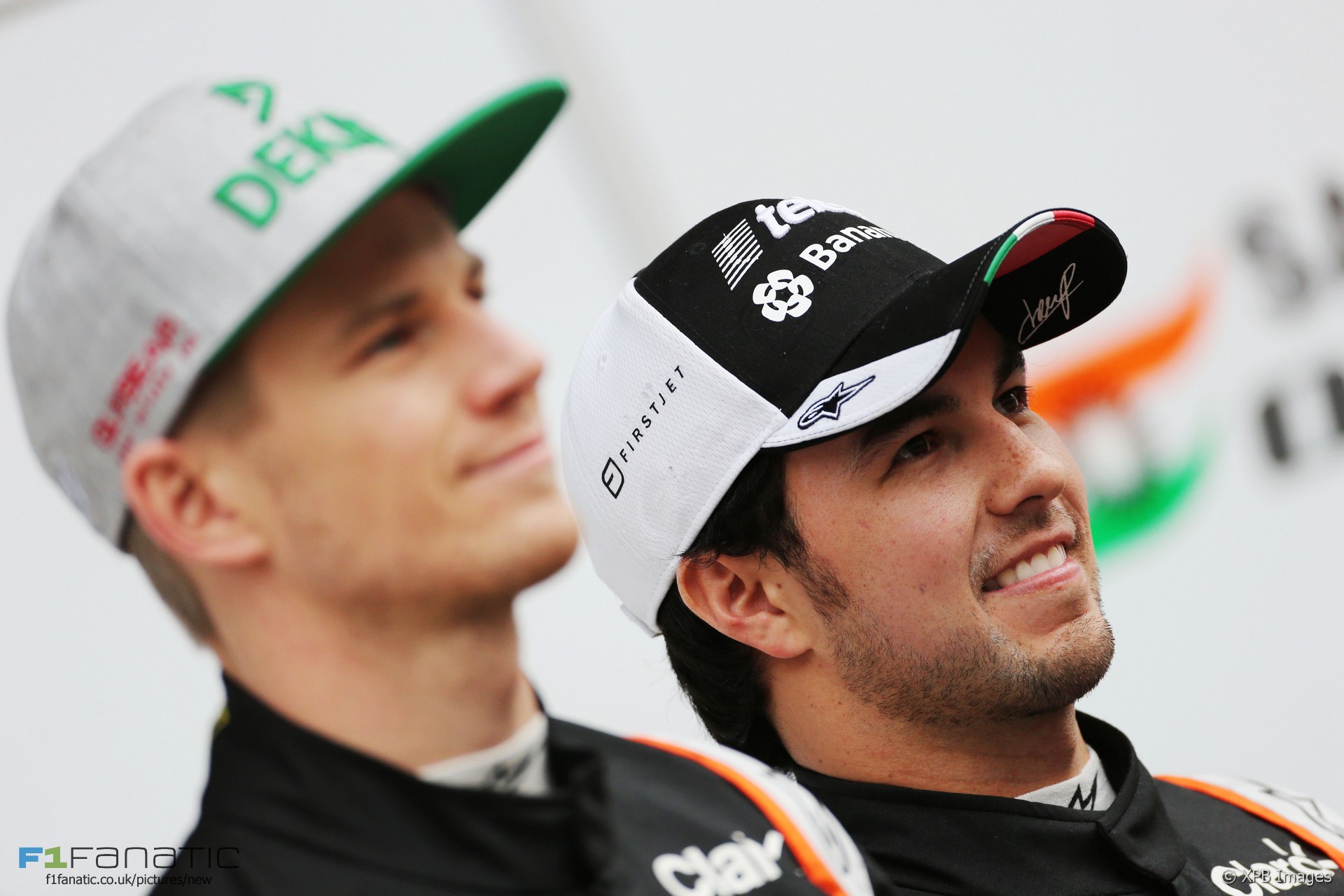 Nico Hulkenberg and Sergio Perez arrived at Force India in 2014 after disappointing seasons.

Hulkenberg was making his return to the team following a largely wasted year in an uncompetitive Sauber. At the time he was widely considered to be the best driver in the field not to have a top drive.

Perez, meanwhile, had seemingly blown his shot at the big time. Drafted into McLaren as Lewis Hamilton’s replacement in 2013, he hoped to spend the year fighting for wins but never even made it onto the podium. McLaren showed him the door after a single season, leaving him to join Hulkenberg at Force India.

The widespread expectation that Hulkenberg would prove the superior driver was largely borne out in their first season together, as the data below reflects. But Perez clearly raised his game after that. He narrowed the gap to his team mate in qualifying, though Hulkenberg still won that battle decisively by 35-24.

In the races it was a different matter. Having been beaten by his team mate over the course of 2014, Perez was Force India’s highest scorer over the past two seasons.

This isn’t a completely fair reflection on their efforts. Hulkenberg was the first man home more often than not, coming out ahead 23-22. And yet a podium finish still eludes him, while Perez has had one in each of the last three years.

That a fact which must rankle deeply with Hulkenberg. But it’s not something he’s likely to put right any time soon after moving to Renault.

NB. the 2014 Abu Dhabi Grand Prix is treated as a single points round.

69 comments on “Perez vs Hulkenberg: The result after three years”