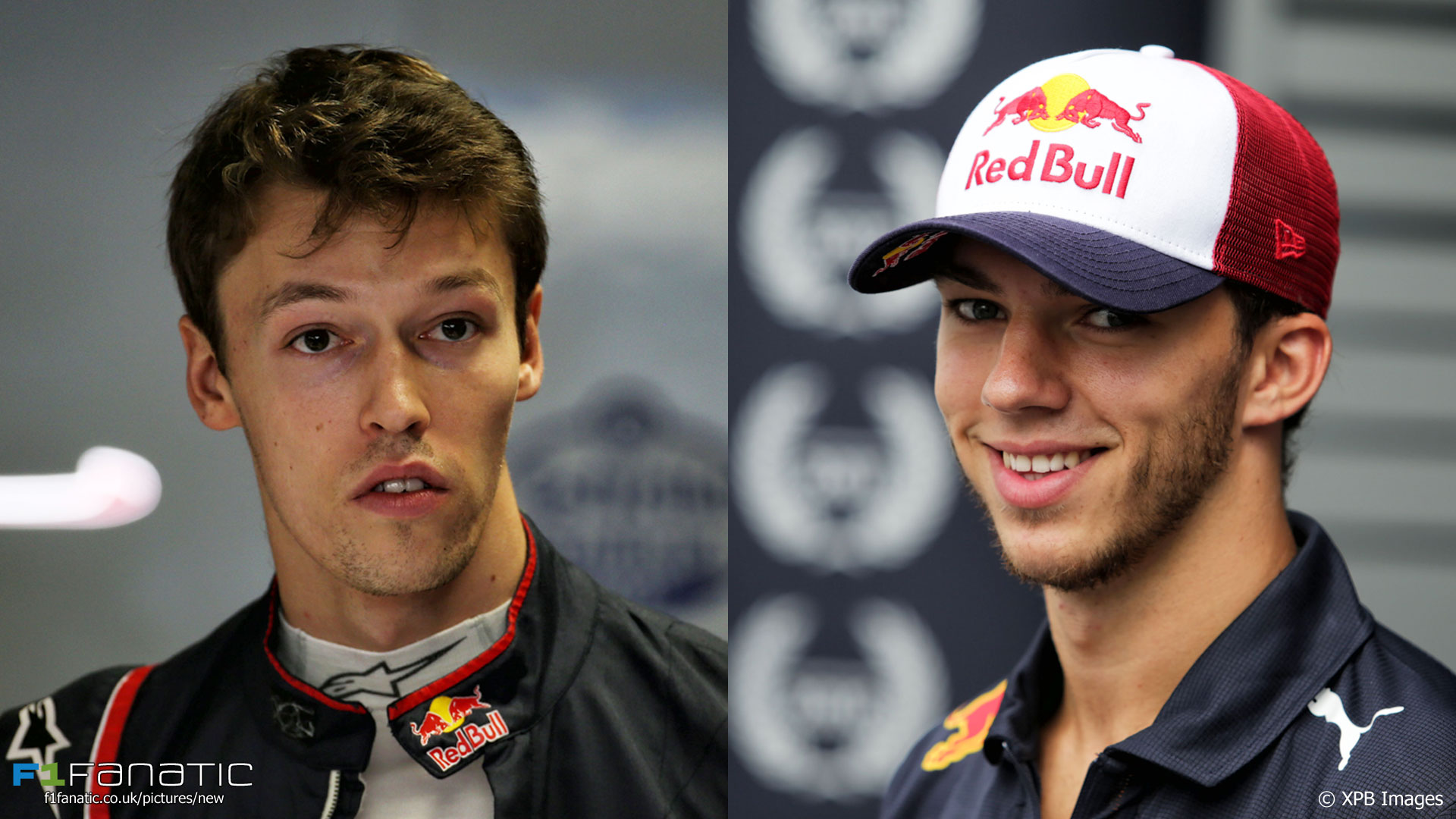 Daniil Kvyat has been dropped from Toro Rosso’s driver line-up for this weekend’s Malaysian Grand Prix, the team has announced.

Red Bull junior driver Pierre Gasly has been confirmed as his replacement. The 21-year-old from Rouen in France will make his F1 debut at Sepang this weekend.

Toro Rosso said Gasly will take Kvyat’s place “for the next grands prix”.

“Toro Rosso was established by Red Bull to bring youngsters from its junior programme into Formula One and that’s what we are doing by giving Pierre this chance,” he added.

“He is the next in line at Red Bull for this opportunity and he has shown that he deserves it, having taken the 2016 GP2 title and this year being very competitive in the Super Formula series in Japan.”

Gasly has scored two wins and a second place in the last three races in Super Formula. “He really has a valid chance of winning the title, as he is only half a point behind the leader,” said Tost.

However it remains to be seen whether Gasly’s F1 chance will rule him out of fighting for the title in Japan. The final round of the Super Formula championship at Suzuka clashes with the United States Grand Prix weekend.

Red Bull began backing Gasly in 2014, the year after he won the Formula Renault 2.0 Eurocup title. He has previously tested for Toro Rosso and Red Bull but has not yet taken part in a grand prix weekend.

“I would like to thank everyone who has helped me get this chance in my motor racing career and specifically, Red Bull, Dr Helmut Marko and Scuderia Toro Rosso,” said Gasly.

“This is a great opportunity for me. I feel as ready as I can be, having had to be prepared for anything in my role as Red Bull Racing’s third driver this year. I will do my best to perform well with Scuderia Toro Rosso during these coming races.”

Kvyat ‘still part of the family’

The move leaves a question mark over Kvyat’s future. This is the second time in as many seasons he’s been dropped from one of Red Bull’s teams. Last year he was demoted from Red Bull to Toro Rosso when the team promoted Max Verstappen. Since then Kvyat has scored eight world championship points compared to team mate Carlos Sainz Jnr’s 94.

Toro Rosso stressed “this is not a case of goodbye for our Daniil, as he still remains part of the Red Bull family.”

“For a variety of reasons, some of them due to technical problems, but others being mistakes of his own making, Daniil Kvyat has not really shown his true potential so far this year, which is why we are standing him down for the next races,” said Tost. “This will give us the opportunity to evaluate Pierre on track during a proper race weekend.”