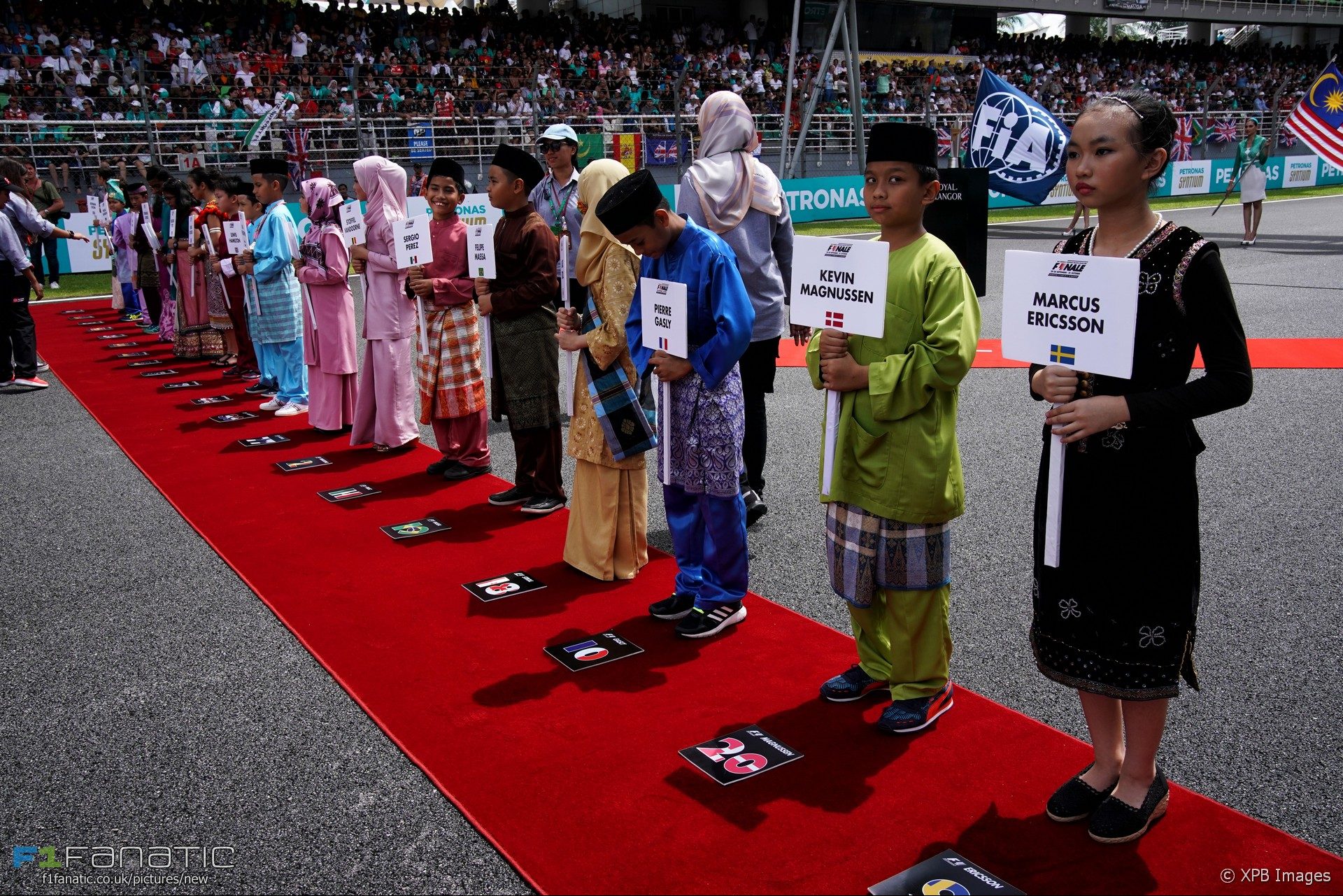 Formula One has announced the introduction of a new ‘grid kids’ scheme following the announcement last week that grid girls will no longer be used at races.

Young fans who compete in junior racing categories or karting will be selected by motor sport clubs to join the drivers on the grid. They will appear at every F1 race and will also be used if possible at F2, GP3 and other support series. The children’s families will also be given paddock access for the race day.

F1 said the proposal will “make the pre-race ceremony more relevant and interesting for fans, especially the younger ones”.

“This will be an extraordinary moment for these youngsters,” said F1 managing director or commercial operations Sean Bratches. “Imagine, standing beside their heroes, watch as they prepare to race, the elite of the elite in motorsport, to be there, alongside them in those precious few minutes just before the start. What an unforgettable experience, for them, and their families.”

“An inspiration to keep driving, training and learning so that they can dream of one day being there themselves. What better way to inspire the next generation of Formula 1 heroes.”

FIA president Jean Todt describe dthe plan as “an excellent initiative that provides additional support to our member ASNs [motor sport clubs] in their efforts to grow motorsport worldwide through a unique reward they can make available to youngsters participating in their national series.”