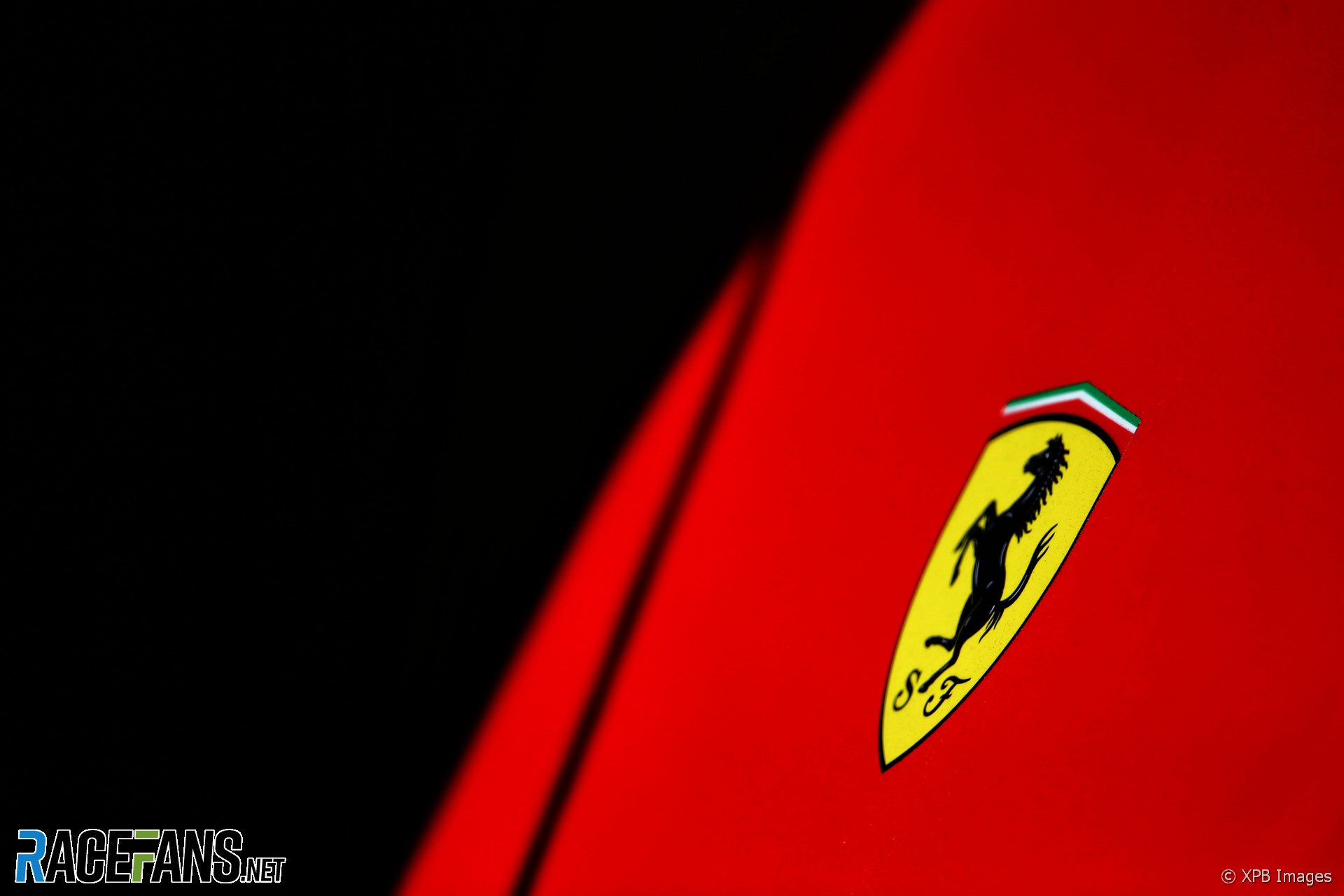 One of the oddest comments to do the rounds last week was attributed to Eric Boullier, McLaren’s racing director, who told reporters linked to a media organisation chaired by the team’s Executive Director Zak Brown that “Ferrari went against the gentlemen’s agreement, and the FIA has not enforced it.”

Boullier was referring to the recent recruitment by the Scuderia of Laurent Mekies. Reuters verified the accuracy of Boullier’s comment with Brown, so the Frenchman’s words are not in dispute.

Mekies, previously the FIA’s assistant race director and safety director, is the second senior FIA figure in six months to be hired by a team. In October Renault announced it had hired Marcin Budkowski, then the FIA’s Technical Delegate.

The issue was referred to F1’s Strategy Group, which in turn suggested that a ‘gentlemen’s agreement’ be adhered to. Therein lies a number of problems.

F1’s Strategy Group is not, by definition, a rules-making body. It makes recommendations to the Formula 1 Commission, which accepts or rejects them, with those falling into the former category coming into play after the World Motorsport Council has ratified them.

Furthermore, the Strategy Group does not constitute all teams: Only Mercedes, Ferrari, Red Bull Racing, McLaren, Williams plus the highest placed team in the previous year’s classification (currently Force India) are represented. Thus no ‘gentlemen’s agreement’ could be binding on all teams, only on those with voting powers, unless it had gone through due process at F1 Commission and WMSC levels.

By implication, then, a non-Strategy Group team such as Haas or Sauber could recruit any number of FIA folk (or FOM staff for that matter) given they are not by members of F1’s Strategy Group. One cannot on one hand exclude four teams from participating in such discussions, and then on the other expect them to adhere to a gentlemen’s agreement they had no part of.

Therefore, effectively any such verbal agreement is, to paraphrase Samuel Goldwyn, “not worth the paper it is written upon”. And that is before one questions the ethics of a group collectively known as “The Piranha Club”: Ron Dennis’s description, not mine, and he should know, having experienced all F1’s peaks and piques during his well-nigh forty-year F1 career.

Utmost secrecy surrounds the Strategy Group’s doings, with common agreement between all parties preventing the matters it discussed from being leaked into the public domain. Yet Boullier – and subsequently Red Bull Racing’s Christian Horner – seemingly had no qualms about revealing this topic.

It has since transpired that the Strategy Group agreed (that word…) a 12-month period break period for team employees moving from/to FIA/FOM at the insistence of Horner. Ferrari allegedly pushed for a full three years. But the height of naivety must surely be to believe such an agreement would be universally honoured. Honoured? In an F1 paddock? By piranhas?

After all, why would F1 have two sets of regulations totalling almost 200 pages (70-plus for Sporting and 100-plus for Technical Regulations, without appendices and definitions) if any matter can simply be resolved by way of a ‘gentlemen’s agreement’? No stewards’ hearings, no protests, no appeals, just a couple of handshakes all round and on to the next race.

The term ‘gentlemen’s agreement’ has been incorrectly applied to a group of individuals who are not all ‘men’ and whose attitude to the sport is not ‘gentle’ but fiercely competitive. The issue at stake is not whether an agreement existed or whether it was broken, but whether any such covenant could be even enforced – by the FIA, or otherwise. And the answer is a categorical “no”, for in an international arena such as F1 differing employment laws come into play and F1 is not above these.

How could the FIA enforce an unenforceable “agreement”, as Boullier laments? Switzerland, for example, provides for just three months of isolation – “gardening leave” in F1-speak – and, saliently, FIA employees are in the main employed by the FIA in Geneva. Hence the employment contracts of both Budkowski and Mekies were/are governed by Swiss law, and hence the former reports for duty with Renault F1 Team on 1 April – after the team voluntarily deferred his commence date from January.

The outcry from teams about Budkowski’s recruitment is understandable, for the F1 technical delegate has access to ‘secrets’. The due process is that a team may present a concept to the FIA for an opinion as to its legality. Should concepts be declared within the regulations, only the applicant team is advised; if not, all teams are informed to prevent their wasting resources on illegal concepts.

Thus teams are necessarily open with the FIA about concepts, and Budkowski conceivably had data he could have brought to his new employer. Although competitor bosses fumes that six months were insufficient, the period was certainly better than the three months prescribed by Swiss law. The flip side is that by the time Budkowski gets his feet under the table, current car concepts would be either out-dated, or out in the open.

The Mekies affair is somewhat different: In his FIA, role the Frenchman, formerly Toro Rosso’s head of vehicle performance, had little or no insight into team data, for he was responsible for safety matters such Halo (now mandated) and crash structures which bolt onto the chassis (a crash-tested structure which cannot be changed without re-homologation), and for race administration.

There was no need for Mekies, who joined the FIA in 2014, to examine secret data, and thus no need for his isolation to extend beyond three months as per Swiss law, particularly as car designs are now “frozen” for the year. Thus the FIA’s position, as reflected in its statement, is perfectly understandable:

“At the start of 2017 [Mekies] was appointed deputy F1 race director in addition to his existing [safety] duties. In this capacity he worked alongside F1 race director Charlie Whiting throughout the 2017 F1 season, dealing principally with sporting matters (note).

“Until his departure from the Fédération Internationale de l’Automobile at the end of June, Mr Mekies will continue to act as FIA safety director. However, he will immediately cease all Formula 1 duties, and will no longer be involved in any Formula 1 matter, stepping down from his role as deputy F1 race director with immediate effect.”

That this will cause the FIA a headache in terms of finding a replacement for future grands prix has nothing to do with any agreement, gentlemen’s or otherwise, for the governing body should have proper succession plans in place for all senior employees. Imagine if Race Director Charlie Whiting fell ill; what if both he and his deputy were suddenly unavailable for whatever reason?

However, Ferrari’s statement announcing Mekies appointment – tellingly released almost simultaneously, suggesting an element of co-ordination – was even briefer than that of the governing body: “Scuderia Ferrari announces that on September 20, 2018 Mr Laurent Mekies will join the team. He will report to the technical director, Mattia Binotto.” That’s it – no job title or outline of the 41-year-old’s duties.

That alone should have set tongues wagging, for here was a senior F1 figure heading for Ferrari, the very team that regularly threatens to walk away from F1 unless the technical, commercial and political status quo is maintained after current agreements expire at end-2020. Yet no one has questioned his motives.

Surely Mekies, as a racing ‘lifer’ who worked his way up the ladder from F3 after graduating with degrees in aeronautics and automotive engineering – would have sought assurances that Ferrari will remain within F1. Why else leave a senior position with the FIA, one that holds every promise of promotion in the short to medium terms given that Whiting is now 65 and counting down, for short-term gain?

The next consideration is why Mekies would accept a role reporting directly to a technical director when he is clearly on the way up, and indisputably qualified to hold down that position himself? All this points to assurances given prior to taking a decision to make what he knew would be an extremely contentious move to one of the least popular – in the paddock, at least – teams.

So, is Laurent in line to be Ferrari’s next technical director?

Here one needs to analyse Ferrari’s current structure – and how it is likely to evolve through to 2020. Ferrari president and CEO – saliently also Fiat Chrysler Automobiles CEO – Sergio Marchionne (66 in July) recently announced that he intends stepping down from FCA duties during the early part of 2019. The search for a successor is currently underway.

However, once freed from FCA duties Marchionne plans to devote his attention full-time to Ferrari. The road car division is running like clockwork: the company’s share price is buoyant, and deliveries could readily be upped by 25 per cent to 10,000 units per annum, save that such a move would devalue the brand’s exclusivity. But the Gestione Sportivo is heading for a decade without a title. That hurts pride, sales and image.

Thus he is expected to turn his focus to the Scuderia, particularly the team’s place in F1’s evolving post-2020 landscape. The Italo-Canadian, of whom a banker once said “If you don’t deliver, you’re out, he’s ruthless”, is known for his bruising, take-no-nonsense approach, and relishes the prospect of tough fights, this time with Liberty Media over the sport’s future regulations, and its financial and governance structures.

However, once Marchionne has taken full charge of the team’s non-sporting activities, the need for a hands-on team principal is largely diluted. What then happens to current incumbent Maurizio Arrivabene (61 this month)? The word is that ‘Marlboro Man’ – the self-confessed tifoso headed the tobacco brand’s marketing division before being recruited by Marchionne, a Philip Morris board member – will retire within two years.

Thus he will gradually hand over non-track activities to Marchionne, with Binotto increasingly assuming sporting and team management functions and day-to-day technical matters falling to Mekies. Once the full transition phase is complete, Mekies will be appointed technical director – reporting to Binotto, as Ferrari’s Sporting Director – with Marchionne becoming de facto team boss in addition to his CEO/president roles.

Consider: When 2017 turned against Ferrari, the word was that Arrivabene would be de-hired at season’s end. Yet the bearded Italian remains steadfastly in charge, with Marchionne having firmly refuting rumours that Maurizio (or Mattia) would be fired, stating both “were at the table [when various issues arose]”, branding such suggestions as “idiotic” before stressing the duo needed “space”.

Given his reputation for utter ruthlessness, it was clear back then that Marchionne had a Plan B…

Rather than lambast Ferrari, the FIA and whoever about breaking (notional) ‘gentlemen’s agreements’, Boullier and Horner would have better spent their energies on analysing the reasons for Mekies recruitment by Ferrari, and, above all, his acceptance of the job offer. Of course, Ferrari may still leave F1, but the latest development makes that increasingly unlikely. That should interest Boullier and Horner, too.