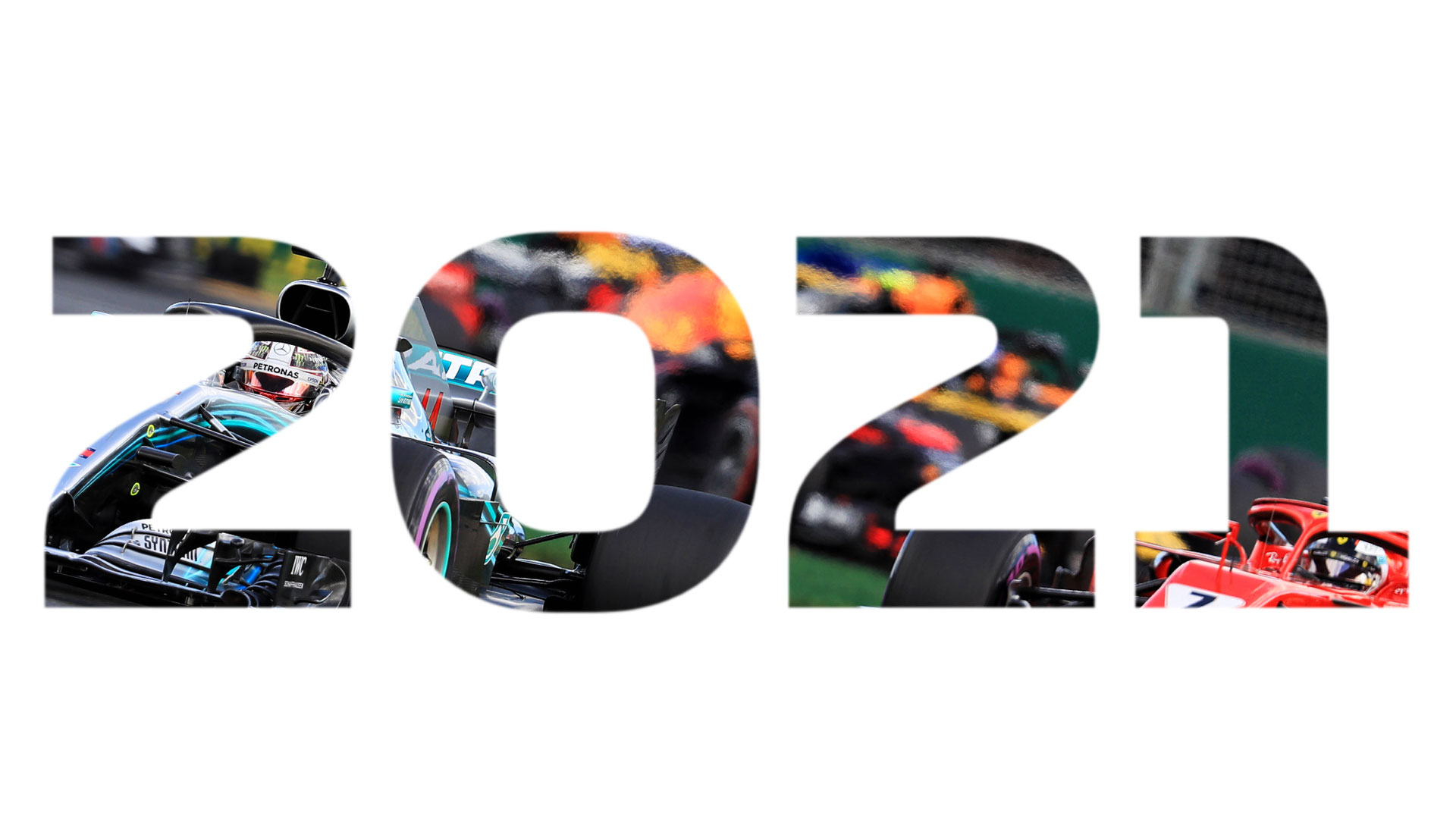 On Friday in Bahrain Liberty Media laid out before the teams its plans to shake up F1 in 2021. No aspect of the competition will be left untouched by their wide-ranging plans to make F1 more popular and more lucrative.

RaceFans can now reveal what teams were told behind closed doors. @DieterRencken explains what’s on the table for 2021, how it will affect the teams and how they might react.

That Liberty Media, holder of Formula 1’s multi-billion dollar commercial rights, is under financial pressure is undisputed: Since acquiring the operating company Formula One Group fifteen months ago, payouts to teams have dropped by around 10 per cent, and the situation is likely to deteriorate before it improves.

The reasons are manifold – cancelled events, reductions in hosting fees, holding back on TV contract extensions pending the launch of its over-the-top service, etc… But the bottom line is that during the past three months the NASDAQ-listed FWONK share price has fallen from $33.31 to $29.41 – a drop of 12 per cent, and a massive 25 per cent since a peak of $40.73 was hit in early October last year.

As a public company (FWONK) Liberty needs to keep shareholders sweet, and therefore faces three choices: grow revenues markedly (complex, given the long-term nature of F1’s promoter/ broadcast contracts), reduce payments to teams (the largest drain, accounting for around 60 per cent of outgoings), or a combination of both. The last-named is the chosen (and logical) plan of action.

Thus keen anticipation awaited Liberty’s presentation to teams of its post-2020 vision which, in the words of its managing director of motorsport Ross Brawn, constitutes what “F1 should look like unless someone comes up with a better proposal”.

Liberty conducted the presentation in the Bahrain International Circuit’s Oasis conference centre on Friday morning, with Liberty CEO/Chairman Chase Carey and Brawn holding centre stage and presenting elements according to their remits, so Carey on commercial issues and Brawn on sporting matters. The FIA’s Secretary-General for Sport, Peter Bayer, contributed on regulatory issues.

During the meeting Liberty presented the five pillars it intends to address to ensure a healthy and sustainable Formula 1 once the current bilateral contracts between the commercial rights holder and individual teams – plus the over-arching Concorde Implementation Agreement between CRH and the FIA – expire at end-2020, namely:

In order to achieve these key objectives, five strategic initiatives were targeted in the presentation:

Essentially, Liberty’s proposals take with one hand and give with the other. By reducing (and equalising) the costs of going racing, Liberty hopes to persuade the teams to accept a reduced take of F1’s annual $1.8bn (and hopefully growing) revenues, in turn benefitting the FWONK bottom line.

The 90-minute session was held, of course, behind closed doors, with all parties agreeing on a silence pact. However, as they exited the conference centre it was clear the proposals had not found universal favour, not least because a $150m (£110m) annual spend cap was a key ingredient. Although the cap excludes high-ticket items such as driver/executive salaries, engines and marketing, the overall implications are severe.

Mercedes and Ferrari would, for example, need to retrench around 400 heads each to meet the cap, with Red Bull Racing and McLaren in for 150 each and Renault 100 heads. That pans out at over 1000 highly qualified people – equalling around 4000 mouths – out of the sport, some after years of exemplary service. That said, it is utterly ridiculous that it should cost up to £350m annually to win the F1 world championship.

On the other hand one cannot help empathising with those employees who will be shown the door, for their lives have been aimed at working in the sport they love, only to be kicked in the teeth. However, the counter-point is that the best may find employment with independents teams, who will no doubt ramp up their manning levels given that a revamp of F1’s inequitable revenues structure is also on the cards.

True, in some instances Mercedes could transfer employees internally, or Ferrari’s excess be absorbed by Fiat. Ditto Red Bull Racing, which could transfer staff to sister team Toro Rosso. However, should Liberty not force through change, the independents would likely go out of business, for they are currently under enormous financial pressure in their unequal fights against teams spending up to 400% of their budgets.

As Brawn commented immediately after Sunday’s race, F1 needs to level the playing field somehow, with the big loser being F1 if Liberty does not achieve this ASAP. To illustrate the imbalances, the table below lists estimated team budgets (excluding engine costs) and headcounts in 2017 championship sequence, with non-performance bonuses paid to qualifying teams. A guideline headcount under $150m (£110m) cost cap is around 450 staff depending upon business model:

In summary: F1 teams currently directly employ around 5,800 heads, whereas under the proposals around 4,500 staff would be required across all teams.

As part of the revenue redistribution proposals Ferrari would lose its $100m annual “long-standing team” and constructors championship bonuses, but be paid a $40m annual heritage fee as a sweetener to remain in F1, while Mercedes and Red Bull each stand to lose out on around $70m in annual sweeteners. McLaren and Williams will also be hit to the tune of $30m and $10m respectively.

However, the upside is that the more equitable structure proposed by Liberty means that the only the Big Three are likely to lose out, with the rest breaking even or gaining. Engine suppliers will be paid a $10m annual subsidy each, which reduces Ferrari’s “loss” to $50m, and marginally compensates Mercedes, with Renault being the biggest winner of the proposed financial restructure.

Under the proposal Ferrari may not utilise it heritage bonus for performance purposes, and would need to write the $40m back to profits.

Save for the bonus and subsidies outlined above, under Liberty’s proposals F1’s prize money “pot” will (again) be divided into two equal “columns”, with all ten teams benefitting equally from Column One, and Column Two distributed according to performance on a scale decreasing 18% per cent to two per cent, resulting in the championship winner earning an effective 14 per cent of the “pot”, and the bottom team six per cent.

By way of comparison, last year Ferrari pocketed 18 per cent of the “pot” despite placing second in the classification, champions Mercedes 17 per cent, and Sauber (the lowest placed Col 1 and 2 team as newcomer Haas was ineligible for Col 1 monies), received 3.5 per cent. Spot the difference.

The overall winner will, though, be Liberty, which stands to score an estimated £100m per annum – even if it fails to grow F1, which is unlikely given its plans to introduce expand the calendar and introduce aits F1 TV Pro streaming service – effectively Netflix for F1 – which could net £100m per season in the short term, and up to £500m annually within five years. A portion of these proceeds will be distributed amongst the teams.

On the engine front, Liberty’s plan call for the existing 1,600cc V6 hybrid turbo architecture to be largely retained, but with the complex heat energy recovery units removed to reduce costs and increase noise, with the power loss compensated for by larger capacity kinetic energy systems and increased rev limits (by 3,000rpm).

Again, the independents are delighted by the prospects of cheaper engines, but the motor manufacturers point to the increasing popularity of heat-based energy systems for road cars. Thus Liberty faces an acute balancing act: balance costs on one hand and technology on the other. Alienating the manufacturers could leave F1 without engine suppliers; equally, retaining the current complex engine may not attract incoming suppliers.

Costs in F1 are largely dictated by the regulations, with grid penalties being the biggest deterrents. However, for obvious reasons these are unpopular. Here Liberty faces another tightrope act: relax the current system and costs career out of control; retain penalties, and fans turn off. A bigger issue is the performance gap between, say, Ferrari and engine customer Sauber: Both have the same power; yet one wins, the other places last.

The reason is simple: Under the current regulations, Ferrari spends what is required to win, and if in the process the team discards ten front wing designs at a cost of £100 000 each in pursuit of the perfect wing, so be it, whereas budget teams need to get it right first time. Under Liberty’s cost cap, the development potential of the Big Three, who spend upward of £100m on research and development, is reduced.

The question is, though: Will Mercedes or Ferrari remain in F1 should the playing field be levelled? Already Ferrari has threatened to exit should the regulations be ‘dumbed down’, while Mercedes has every excuse to leave, having dominated both championships since 2014 – and forecast by some rivals to continue doing so until 2020 – should its premium brand come under threat from teams such as Force India.

The feeling amongst fans (and some in the sport) is ‘Let them’, but this overlooks two factors: They are likely to take their engines with them, thus reducing grids to eight teams, with insufficient time left to find two respectable newcomers. Their exits would also mortally wound Force India and Haas, who source complete powertrains plus electronics/hydraulics (and other components) from Mercedes and Ferrari respectively.

By the end of the Bahrain Grand Prix weekend the overall feeling was that Liberty’s post-2020 vision provides a good starting point for discussion, but that greater levels of detail is required before the full impact of the proposals can be ascertained. Crucially, though, there is little time: The regulations demand that major changes be tabled at least two years before change, and these have yet to be drafted, let alone agreed.

Significantly, apart from a bland three-page media release issued by Liberty after the meeting, none of the major players have commented significantly save that Mercedes boss Toto Wolff described the cost cap as “unrealistic”. Ferrari’s overall silence has been deafening, which does not bode well for the team’s continued participation. That Ferrari CEO Sergio Marchionne allegedly cancelled his trip to Bahrain at the last minute speaks volumes.

The balance of teams appear to have adopted a “wait and see” attitude, while Aston Martin’s Andy Palmer tweeted that the proposals were “a very positive step”, but he was not present, nor was he invited. Ominously the FIA has kept silent. True, the governing body could argue it was Liberty’s show, but regardless of the outcome, the series will continue to be known as the FIA Formula 1 World Championship.

Thus, if the overall lack of enthusiasm for Liberty’s proposals is any indicator, F1’s manager faces a massive battle – and has a little over two years in which to fight it, and, crucially, save F1 from itself by reversing the disastrous financial and regulatory structures imposed by previous commercial rights holder CVC Capital Partners in their pursuit of short-term profit via an (ultimately aborted) IPO.