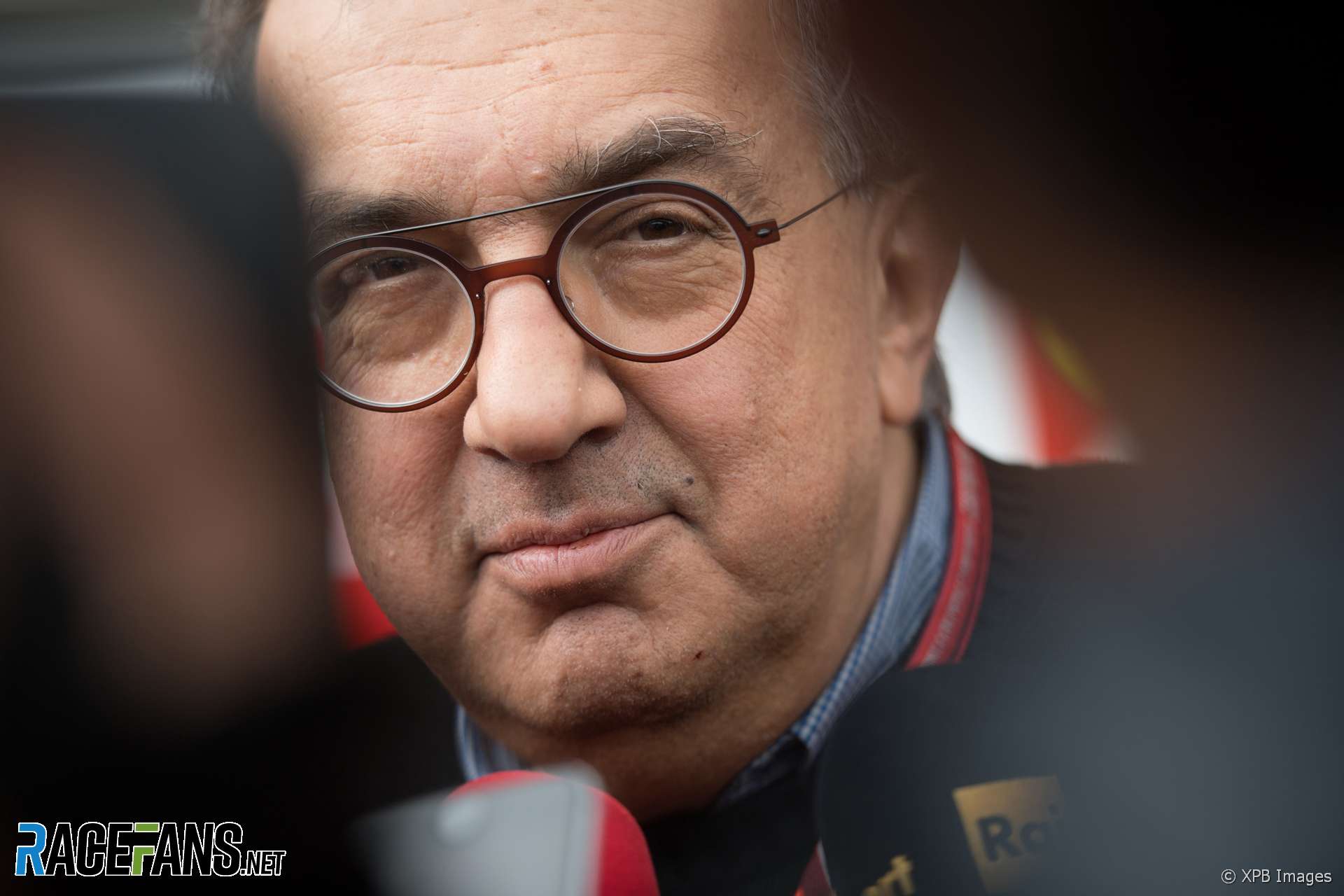 Ferrari chairman and CEO Sergio Marchionne has repeated the team’s threat to quit Formula One despite Liberty Media offering the manufacturer concessions in its proposal for how the sport will be run from 2021.

RaceFans revealed earlier this week Ferrari stands to lose its unique Long Standing Team payment, worth $68 million last year, under the proposed restructuring of how F1 distributes its prize money. It will be replaced by a $40 million payment which Ferrari must write down to group profits.

No other team will receive a similar payment. Engine manufacturers, of which Ferrari is one, will each receive an additional $10 million payment under the plan.

“If there are any proposals that distort F1, I think Ferrari will pull out… we are working with Liberty Media to find acceptable solutions,” said Marchionne according to Agence France-Presse.

“We had a proposal from Liberty 10 days ago, we expect to know the details and then we will make choices in the interest of Ferrari,” he added. “We could look for alternative solutions, it’s not a threat, but it does not mean we stop shopping.” Marchionne said the team had “limited interest” in Formula E.

The technical changes to the sport proposed by Liberty include removing the MGU-H from power units to simplify them and reduce costs.

Speaking in the FIA press conference in Shanghai yesterday Ferrari team principal Maurizio Arrivabene referred questions on Liberty’s proposal for 2021 to Marchionne. However on the question of whether the $150 million budget cap proposed by Liberty would be acceptable he said “we are discussing and we will see in the future if it’s achievable or not.”