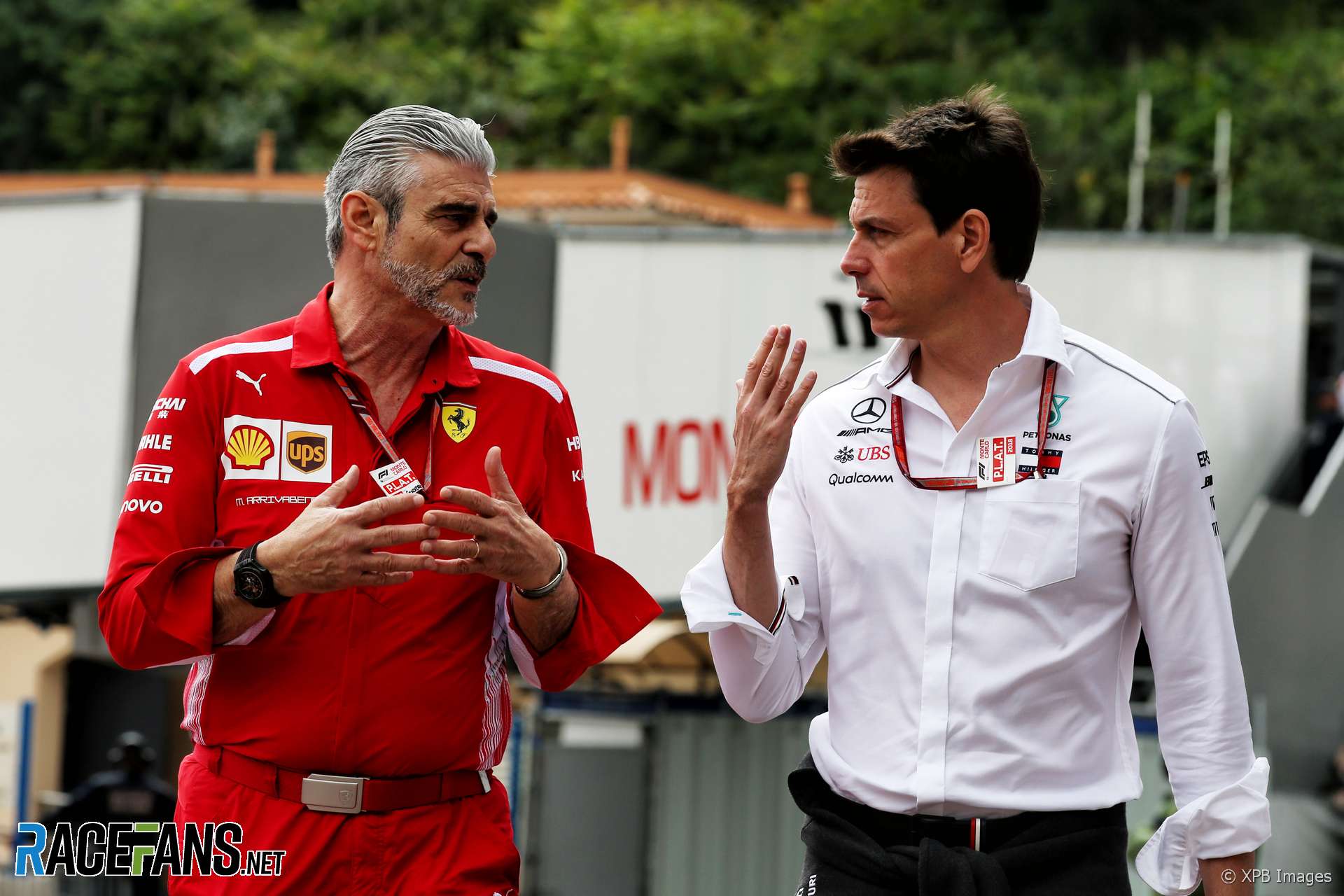 Formula One teams will seek more details on plans to overhaul the sport in 2021 from Liberty Media in a meeting today in Monaco.

The 10 teams want more detail on proposals which include introducing a budget cap, changing how revenue is distributed between the teams and revising the regulations.

Asked by RaceFans what the teams hope to learn from today’s meeting, Red Bull team principal Christian Horner said: “Hopefully a lot of detail will be put on the table as to what Liberty’s next steps are.”

“They need to be responsible steps, because some of the things like budget caps involve literally thousands of jobs through teams and suppliers and sub-contractors. It’s certainly heavy in the UK. But we’re waiting with interest. It will be interesting to see what the next stage of that roll-out is.”

Mercedes’ executive director Toto Wolff described the discussions around the proposed 2021 changes including the cost cap as “highly complex.”

“It’s about technical regulations, revenue distribution so there’s multiple balls in the air which you need to catch. I hope also that the meeting is productive, so we understand more and can act accordingly.”

The most contentious area of discussions is likely to involve changes to the power unit regulations, according to McLaren Group CEO Zak Brown.

“But I think we have to have faith that everything is going to go in the right direction and the sport’s only going to get more exciting so I don’t see anyone leaving.”