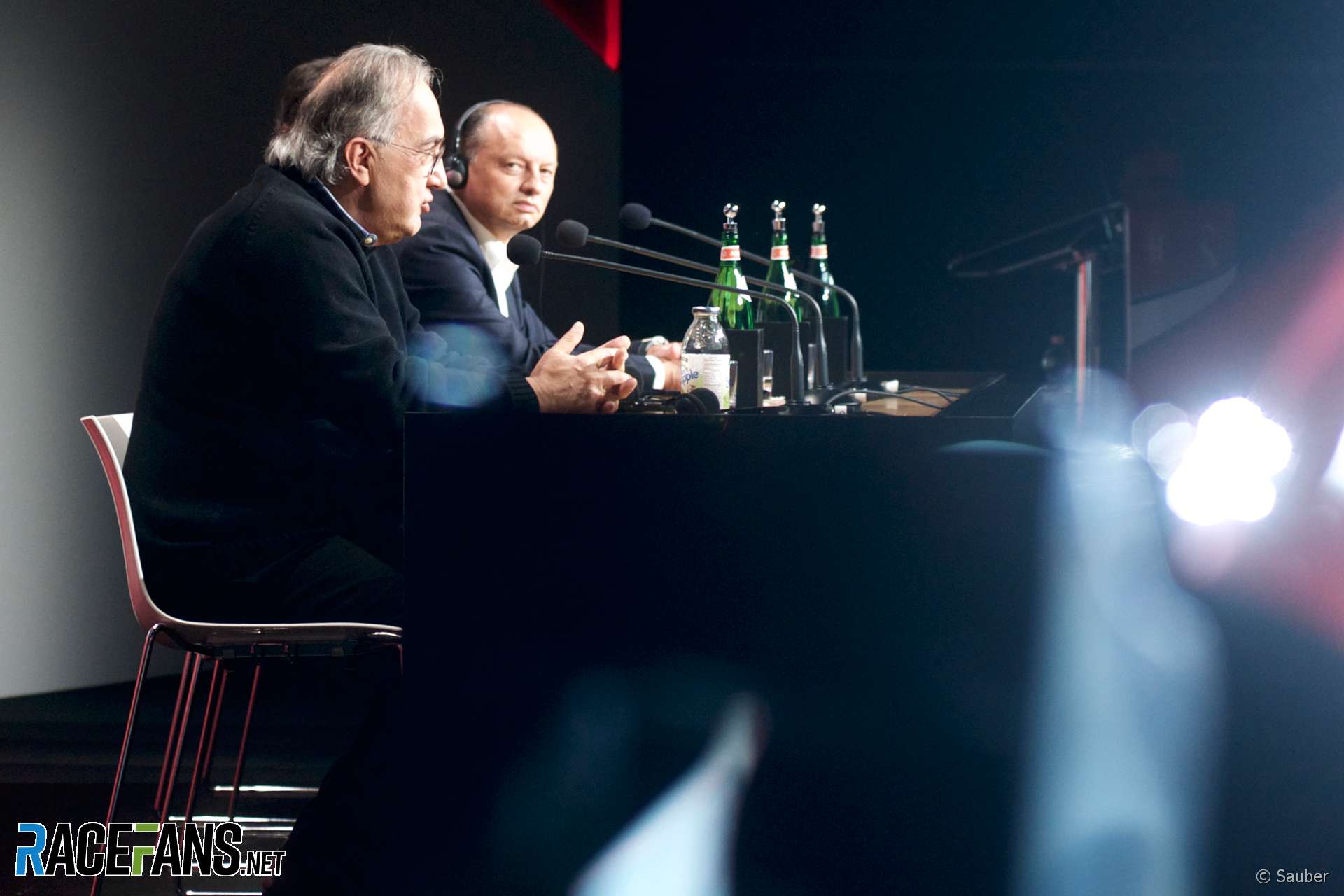 Vaseur said Marchionne a big supporter of Sauber’s deal to use current-specification Ferrari power units and carry the branding of its sister brand Alfa Romeo.

“He was a huge support for the project,” Vasseur told RaceFans at the Hungaroring.

“The first thing when I came to him to get the engine of the [current] year last year, in July, he said ‘yes’ in 10 minutes. Then we built up the Alfa Romeo project with him and he was always supportive.”

“Sergio was a bigger personality than life, somebody that in the meetings and in the strategy group and in the negotiations with Formula One and FIA had the most powerful voice and these shoes are impossible to fill. With Ferrari, they have a management structure that remains unchanged.

“Maurizio [Arrivabene] was very much in charge for running the team and remains our sparring partner in the sport and Maurizio and Mattia [Binotto] and the group somehow are guaranteed that the Formula One team and the operations of the Formula One team is going to continue going forward like it has in the past.

“For negotiations with F1, Maurizio is also very much up to speed. He was part of most of the discussions, he represents Ferrari in the Strategy Group so I think it will give the new man coming in a lot of know-how and a lot of information.

“I think he’s going to be able to catch up pretty quickly but obviously there was only one Sergio Marchionne.”