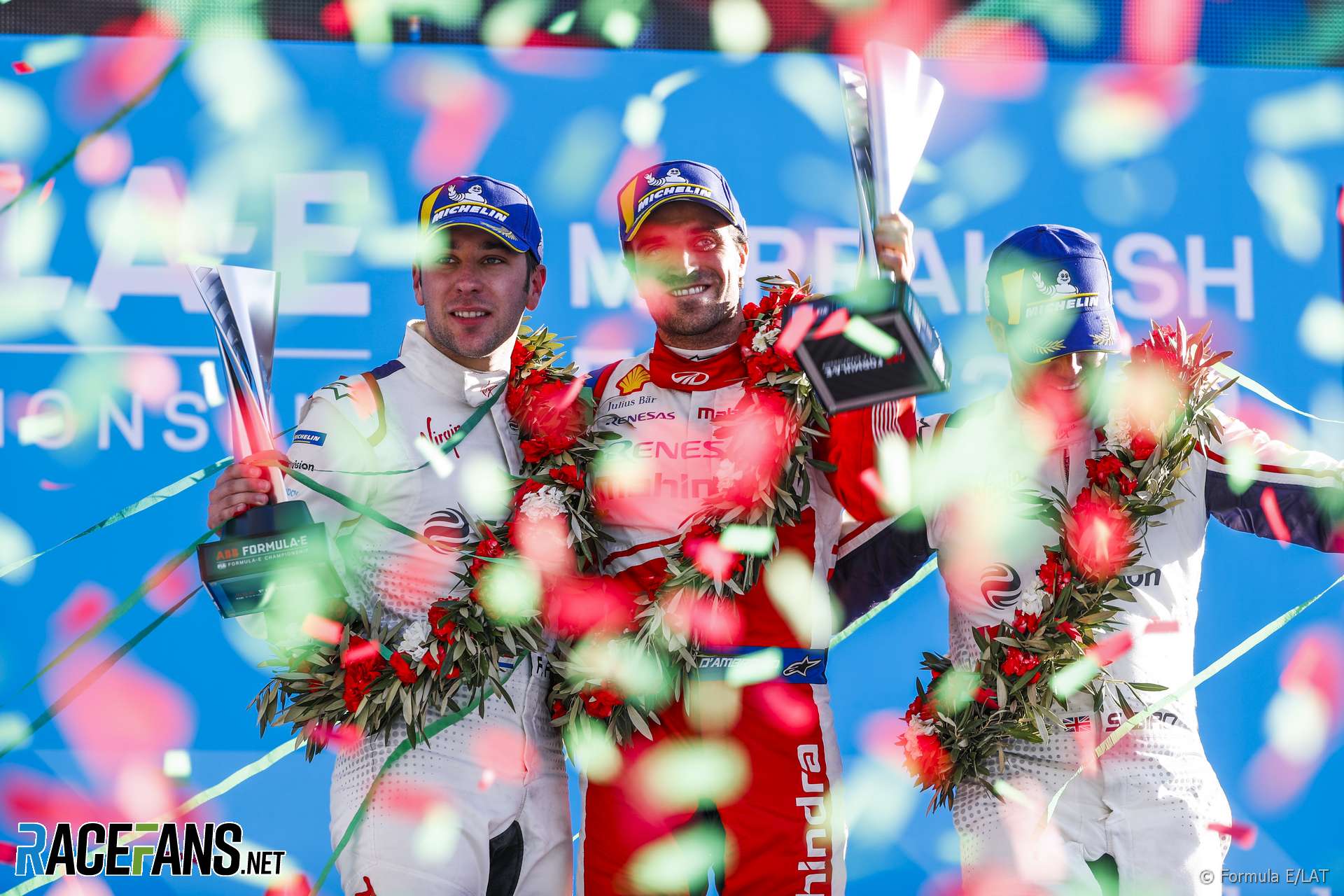 Which Formula E driver has shaved his initials onto a horse? @DieterRencken discovers some surprising details on his second day in Morocco.

Up and ready to head for the Circuit International Automobile Moulay El Hassan – situated in Agdal on the outskirts of Marrakesh – as first practice starts. Unlike yesterday morning, when the track was still closed, I’m unable to stroll across the circuit, so forced to stroll around and cross a bridge to reach the paddock.

No worry: the detour enables me to gauge the full extent of the 2.99 kilometre circuit, constructed 60/40 from a mix of purpose-built track and public roads built for a planned housing estate. I’m impressed by the number of ticket holders who are up and about so early. Clearly the event, now in is third year, has gained traction. Even at this hour public areas are filling up

FE tickets are priced for families, with entrance coming in at ten quid at most venues, plus a fiver for the E-Village, while grandstands – including Monaco – generally come in at around 20 quid. A family can enjoy a full motorsport experience for less than a price of a single day F1 general admission ticket.

In the E-Village team and series caps/T-shirts are priced at under £15, with branded sweatshirts and hoodies coming at double that. Again, affordable.

Stroll about the paddock, and again amazed at the number of former F1 folk of every job description. It strikes me that series such as FE are a godsend should F1 introduce the stringent budget caps it constantly threatens to invoke – for dedicated folk can remain in motorsport, even if not at the pinnacle.

It doesn’t, though, mean FE is in any way inferior, simply as different from F1 as tennis from squash despite both being ball-and-racquet sports. Get that, and you get FE.

Lunch – fresh salad and chicken baguette – after qualifying in which Sam Bird took a scintillating pole position, with the gaps pointing to a tight race on the first familiar circuit visited by the new generation cars. Times are about two seconds a lap quicker, but more importantly FE has dropped the naff mid-race car-swap, such has been the technical progress over the past four years. Now look ahead to the next five… 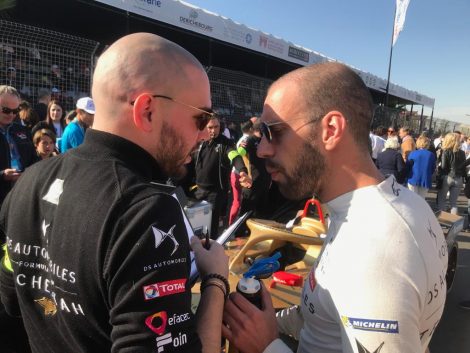 I interview Audi’s motorsport director Dieter Gass, who led the Four Rings into FE after leaving the World Endurance Championship. The German provides interesting perspectives on FE, which you’ll read about on Wednesday.

Then I wander about, and spy Fred Vasseur (Sauber) and Toto Wolff – here to support both HWA/Mercedes and wife Susie, team principal at Venturi – plus Cyril Abiteboul (Renault) and Eric Boullier, whom I’d caught up with on Friday, and see Max Verstappen chatting on the phone in the distance.

I see another familiar face, yet it seems strangely different. Then the penny drops: It’s champion Jean-Eric Vergne, whose always up for a chat. The difference? Vergne, who usually sports a mane that shames alpha lions, is bald-shaven, so I enquire. “My sister cut a chunk out while I was sleeping,” he explains, before breaking out in a massive grin: “I repaid her by shaving my initials ‘JEV’ onto her horse…”

I head for the grid, eager to watch FE’s race build-up. The place is packed, and again I bump into many familiar folk, including Michelin Motorsport boss Pascal Couasnon, who is squarely behind the cost-effective road-relevance of FE’s low-profile, single-compound treaded tyre regulations.

I love grid walks, not only for their charged-up atmosphere (sorry for the pun), but (mainly) for the opportunity of seeing the demeanor of drivers and team bosses at close quarters, and watching true professionalism in action as engineers and technician run through their crucial pre-race tasks in the knowledge that a single slip could result in a lost race (or far worse). Whether in F1, FE, Le Mans or any other series in any order, it’s a real privilege. 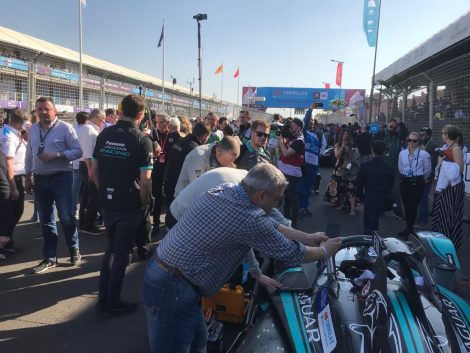 During my return to the media centre I chat with former F1/FE driver Vitantonio Liuzzi, driver steward for this event and thus the man charged with orientating Max during his “public service”. He tells me Max settled in easily, is eager to observe the ropes and provided input into discussions, some of which was taken on board.

An FIA source tells me the governing body was eager to get Max’s public service issue sorted before the start of the 2019 F1 season, with FE being the only FIA series to host a race in close proximity to Europe before March. Still, the perception lingers that observing an FE race is widely perceived as punishment not service, as Sam Bird told me after the race in comments that were widely picked up by other outlets.

The race was absolutely chaotic, with BMW losing an almost sure one-two when their two drivers tangle. My compatriot Jerome D’Ambrosio, whom I first met when he was Renault F1’s development driver in the noughties, fought through to deliver a popular victory.

Day done and all folk caught up with, I pack up and head back for my hotel for dinner in the restaurant – typical Berber buffet, as expected – and end up being invited to a Jaguar table, where race operations manager Mabel Dautzenberg, another familiar ex-F1 staff member, is celebrating her birthday. A good hair let-down is enjoyed by all.

Then it’s time for packing ahead of checking out on Sunday and yet another visit to the circuit, this time for the rookie test, which should prove interesting given some of the listed drivers are far from rookie level, simply new to FE.

After the test it’s off to the airport and back to Brussels. Thank you to all the good folk at Formula E for a great working weekend. Marrakesh has been simply wonderful, and highly recommended for fan experiences.

Formula E kindly hosted Dieter for his visit to this weekend’s race.