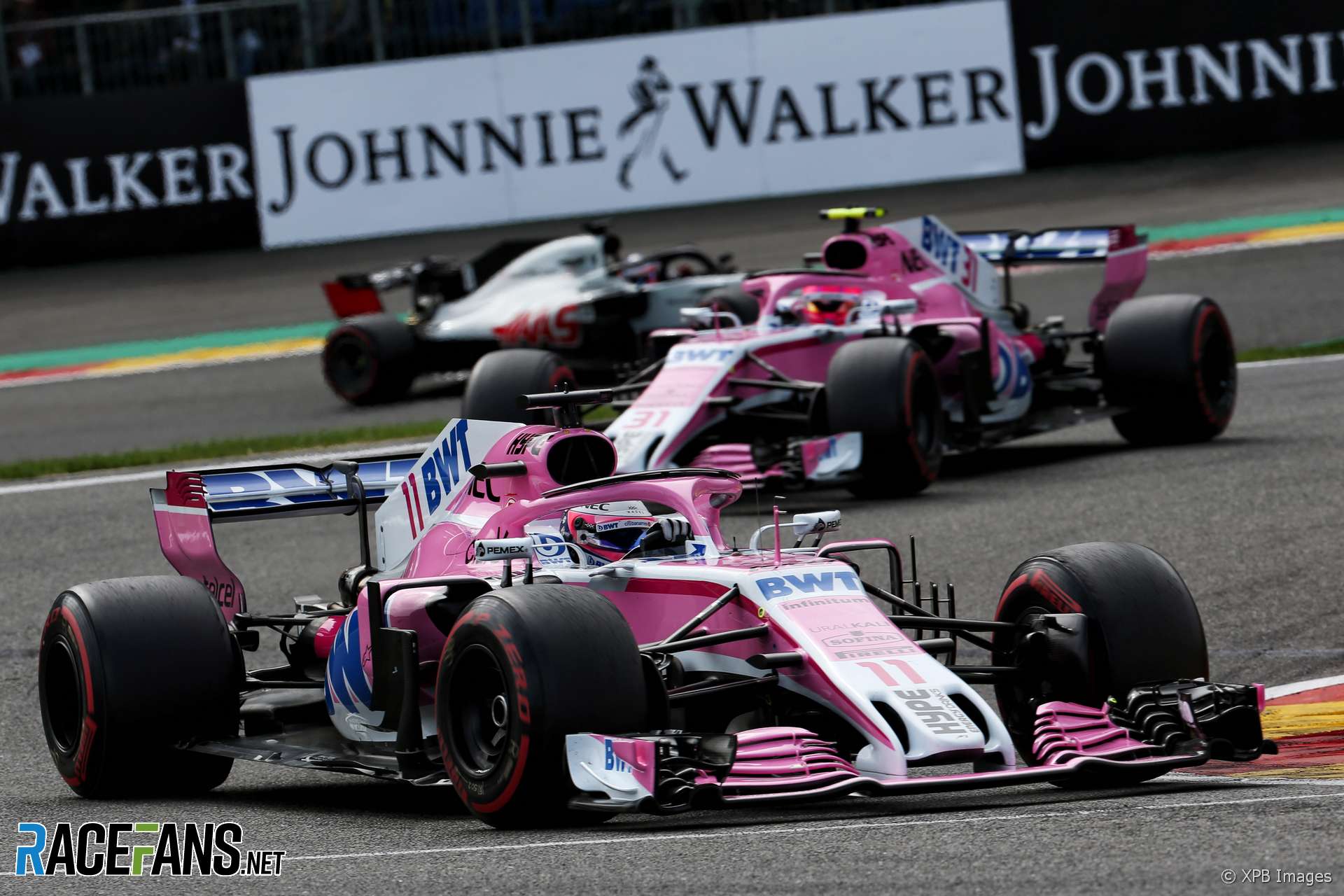 In August last year Lawrence Stroll purchased the assets of the Force India team, which had gone into administration, securing its future and that of its 400-strong workforce.

In a remarkable development, the administration proceedings were triggered by the team’s driver Sergio Perez, who was owed over £4 million in unpaid wages. Perez’s move, which was a response to a winding-up order against the team brought by another creditor, ultimately paved the way for the team’s rescue.

It came with another upside for Perez, as he admitted at the time. He signed a new deal to drive for the team again in 2019, as RaceFans reported at the time, though it wasn’t announced for another two months.

This was bad news for Perez’s team mate Esteban Ocon, as it was an open secret from then on that he would lose his Force India seat to Lawrence Stroll’s son Lance, as was also widely reported at the time.

Episode six of “Drive to Survive” takes place in a parallel universe where Force India’s driver decisions were taken much later. In its version of events, Perez and Ocon were in competition to be Stroll’s team mate at Force India in 2019. “It’s anyone’s guess at the moment who gets that seat,” we’re told.

Series like this inevitably have to walk a line between satisfying the hardcore anorak fan brigade and new or casual viewers the sport wants to advertise itself to. For the most part the Netflix team has managed to do this without straying from fact into fiction. But for me the false premise underlying this episode does exactly that.

It also serves to drain any tension from the action which follows. Ocon’s drive to third on the grid at a damp Spa, surely one of the best qualifying laps of last season, gets the full cinematic treatment, but the repeated insistence that he was driving to save his place in the team rings hollow.

Later in the episode we’re told the team announced its driver line-up at the Mexican Grand Prix. Whichever way you take this it isn’t right: Perez was officially confirmed at this point, but his place at the team had been known much earlier. The opposite was true for Stroll, whose 2019 seat was an open secret but wasn’t confirmed until after the end of the season.

After five largely great instalments, this was the first time I found “Drive to Survive” wanting. It’s also the first episode which offered comparatively little in the way of noteworthy behind-the-scenes intrigue (note the lack of a ‘spoilers’ section below).

If you haven’t got time to binge-watch all 10 episodes, I’d recommend skipping this one.

13 comments on ““Drive to Survive Episode 6: All or Nothing” reviewed”