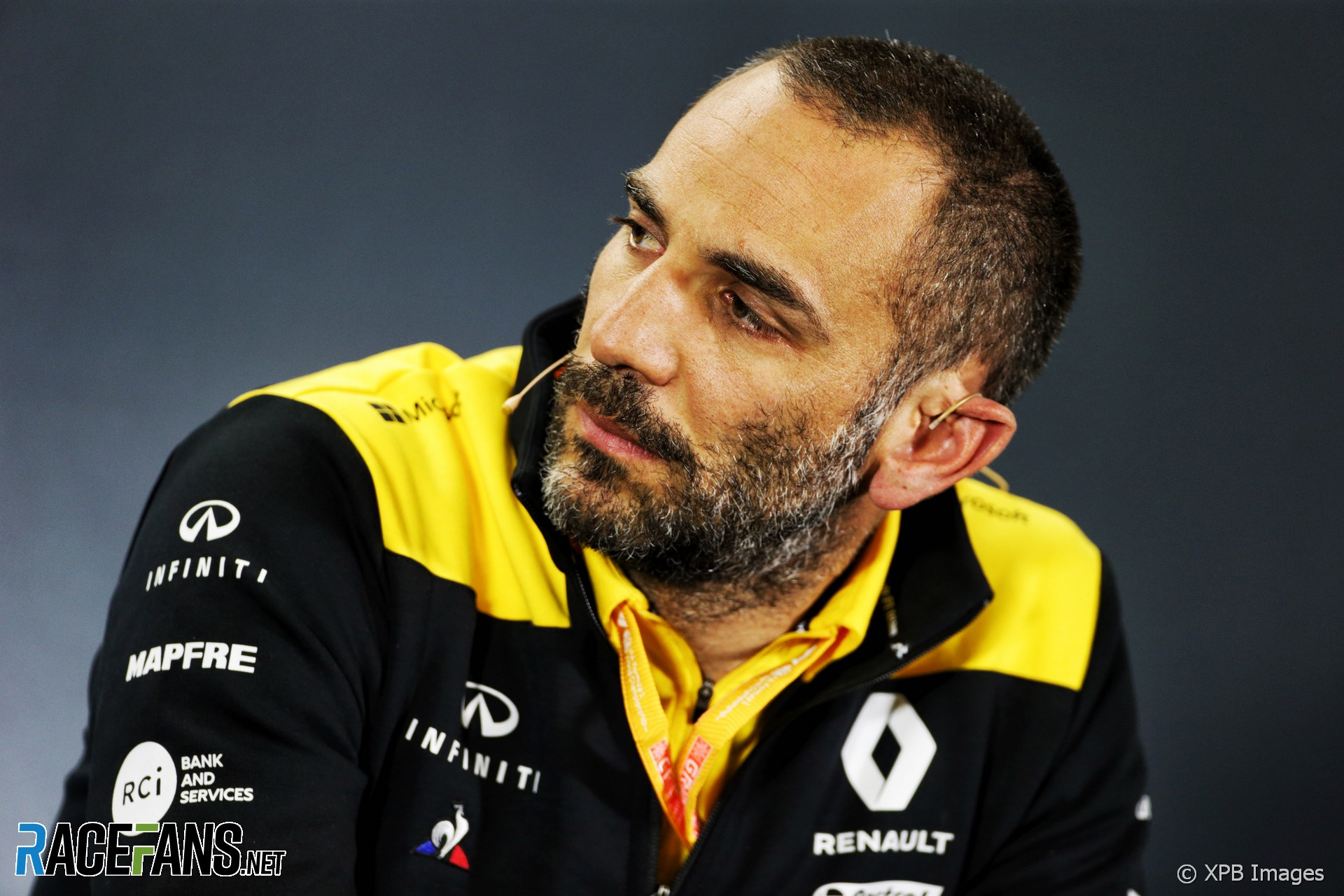 Formula 1 will allow teams to use more MGU-Ks after Renault demanded the change in exchange for approving an increase in the number of races on the 2020 F1 calendar.

Team principal Cyril Abiteboul confirmed he requested the increase from two to three MGU-Ks per driver, which beings forward a rules change which had already been agreed for 2021.

“I can confirm that we asked for the principle that is already agreed for 2021 to apply for 2020,” he said in response to a question from RaceFans during today’s FIA press conference.

“[In] the draft regulations, which are just draft regulations for 2021, there is a concept that if you go above 21 races there is extra component allocations. So that’s simply what we are asking on the simple basis that it’s very late to change the duty cycle of a component for next year.

“There was a bit of discussion as always in Formula 1 but eventually we reached a compromise in Budapest that everyone managed to stick to for once in Formula 1 and eventually it was good to confirm the 22 races.”

The change will bring the number of MGU-Ks each driver can use into line with the maximum number of engines, turbochargers and MGU-Hs.

“That’s going to make the life of the technicians and mechanics in the garage an awful lot simpler,” Abiteboul added. “Sometimes we don’t really think about these type of things but they do make a difference in addition to the prospect of penalty.”

All four Renault-powered drivers have already exceeded the maximum number of MGU-Ks they are allowed to use this year.