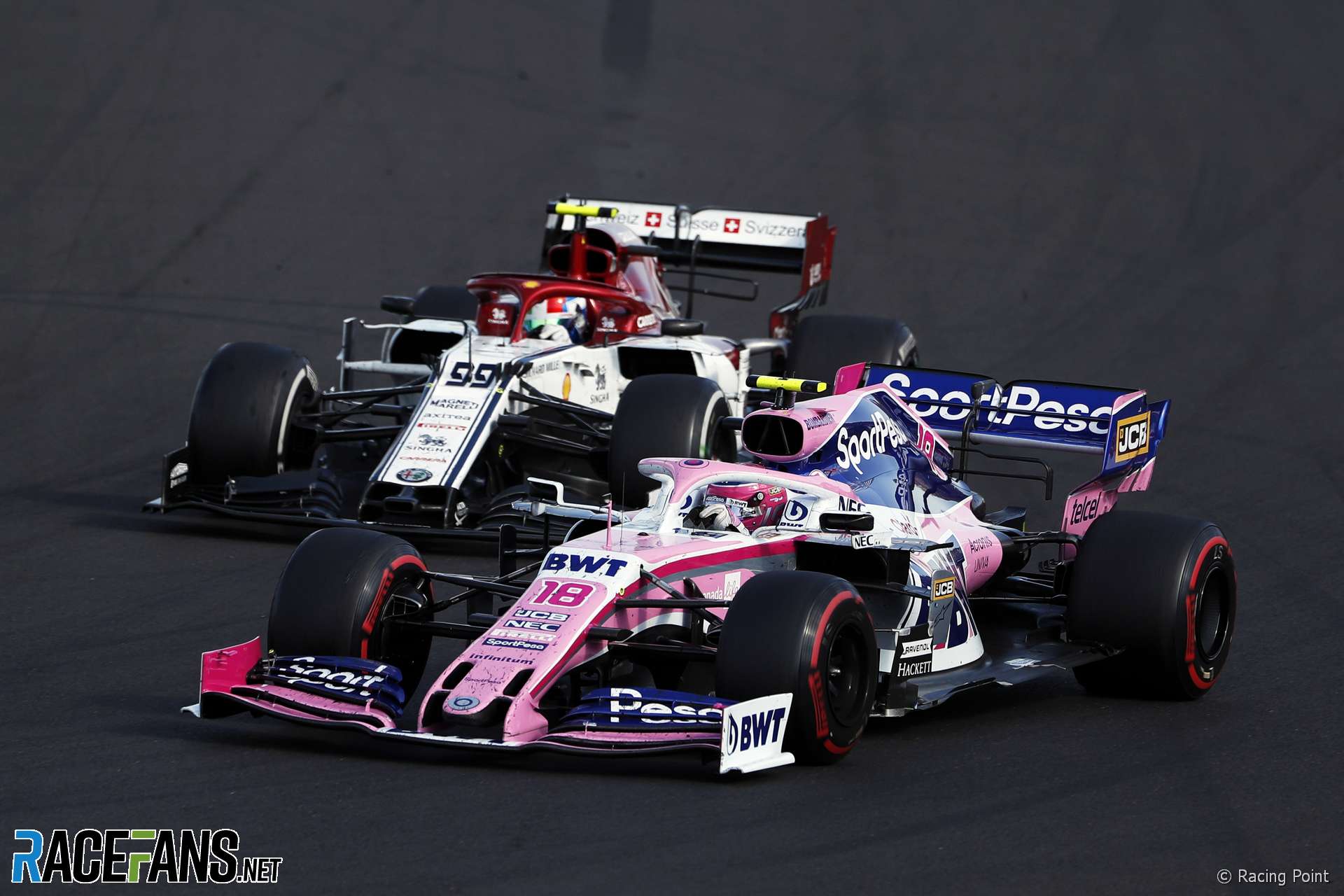 Look up the official list of chassis entered in the 2019 F1 world championship and you won’t find a Sauber or a Force India. But even in the latter stages of the season, not everyone has processed the change to Alfa Romeo and Sauber.

Kimi Raikkonen, in his inimitable style, gave perhaps the best example of this earlier in the season. Tracking a Racing Point around Monaco, he complained: “I have that Force India or whatever the fuck it’s called [ahead].”

There was some wonderful irony at play there, for the two most mis-identified teams on the current grid are undoubtedly Racing Point, formerly Force India (and previously Spyker, Midland and Jordan); and Raikkonen’s Alfa Romeo, formerly Sauber.

Nor is Raikkonen the only person to have been confused by the transition. When Red Bull were preparing to show Pierre Gasly the door, Christian Horner complained he “shouldn’t be racing Saubers” – meaning, of course, Alfa Romeos like Raikkonen’s.

I do not recall similar confusion after Minardi was renamed Toro Rosso. Or, for that matter, when Jaguar morphed into Red Bull Racing. After Daimler acquired Brawn at the end of 2009 the team was immediately known as Mercedes. I don’t recall the W01s being mistakes for Brawns.

Why, then, the confusion between Racing Point and Force India; and between Alfa Romeo and Sauber? Of course this is primarily a question of optics.

Racing Point inherited Force India’s BWT sponsorship complete with pink livery. This year’s Alfa Romeo sports the same white and red colours as did last year’s Sauber. Indeed, Alfa Romeo/Sauber’s operating company remains PP Sauber Engineering – and is owned by the same consortium that acquired the team in 2016 – with Alfa Romeo having no management input into the team’s operations.

Contrast that with the examples above. When Brawn became Mercedes, there was no confusing the white and yellow car that had won the 2008 championship and the Silver Arrows. Ditto, Jaguar’s British Racing Green was as far a cry from Red Bull. And Toro Rosso were more likely to be confused with the latter, their sister team, than the black Minardis they replaced.

Would Kimi still think ‘Force India’ were the Racing Point ahead of him in Monaco now line green and not the pink familiar from Force India’s last two campaigns? Ditto, if the Alfa Romeos were scarlet, and not mostly Sauber white, would confusion continue to prevail about those cars?

But livery confusion may be just one part of the reason why these new names haven’t stuck.

In the case of Alfa Romeo, it has increased an existing commercial relationship from last year’s livery deal – which entitled it to nominate a driver – to a three-year naming rights deal, with the team name officially changing to Alfa Romeo Racing from Sauber. This is distinctly different from, for example, the Brawn-Mercedes relationship, as the Three-Pointed Star had bought that team outright.

Hence, with the same operating company and virtually identical livery to last year, it is not difficult to fathom why Sauber continues to be known by its original moniker.

Racing Point’s situation is different. Here the ownership of the team has changed. When Lawrence Stroll’s consortium took over, they originally suggested that Racing Point was simply an off-the-shelf ‘holding name’ to be used until a more formal name could be registered.

But, after considering various options, Racing Point remained its title. There were suggestions the team might resurrect a famous name from F1’s past, such as Lola or Brabham, but neither came to pass – likely for licencing reasons.

The bigger question is, though: What is the name ‘Racing Point’ actually meant to convey? Sauber is derived from it’s founder’s family name, as was Minardi.

Had Racing Point adopted the same approach they might have been called ‘Team Stroll’. Would that look strange in light of the fact Lawrence’s son Lance is one of their drivers? It hasn’t stopped Marco Andretti and Graham Rahal having long stints at their respective parents’ IndyCar teams.

There are no doubts about the origins of Red Bull or Toro Rosso – the latter being simply Italian for ‘Red Bull’. ‘Racing Point’ is a more nebulous term compared to that, or indeed its previous identity.

Even Racing Point’s logo seems – excuse the pun – a bit pointless, being ‘Racing’ followed by a dot signifying a point. It’s almost as if it’s been designed to be overlooked. The team may prefer not to be regarded as Force India any more given that brands connections to Vijay Mallya, but it’s not as if they’ve given us a compelling new identity to latch on to.

40 comments on “Why do people keep getting Alfa Romeo and Racing Point’s new names wrong?”