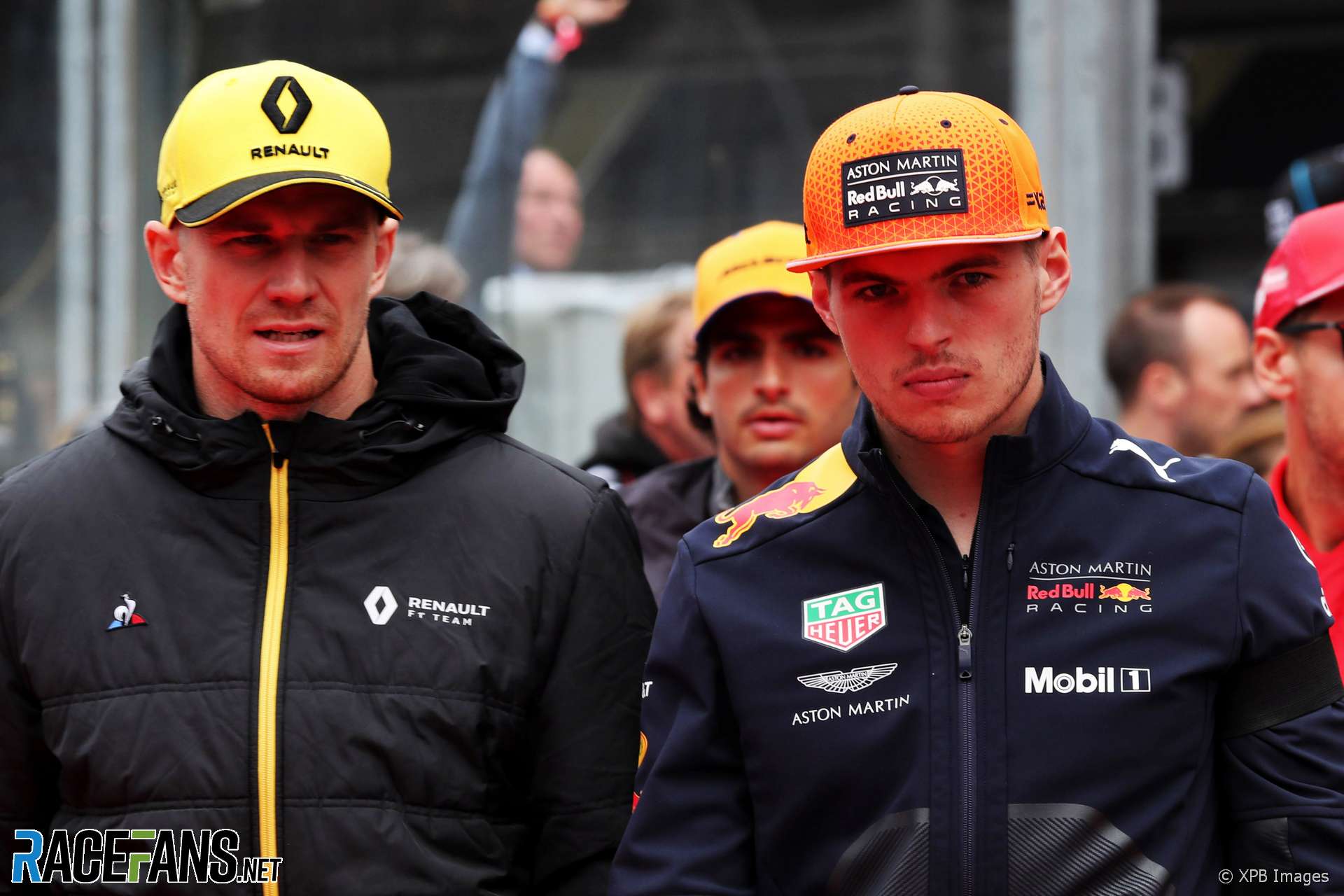 Nico Hulkenberg says he is prepared to go up against Max Verstappen at Red Bull if he gets the chance.

The Renault driver is running out of options to remain on the grid for the 2020 F1 season. However Red Bull could find themselves with a vacancy if the team prefers not to retain Alexander Albon or bring back Pierre Gasly or Daniil Kvyat.

“I couldn’t say ‘no’ to that car,” said Hulkenberg when asked if he’s take the chance to choice Red Bull. “So I guess you’d have to take it.”

However he admitted it would be tough to go up against Verstappen in the same car. “It would be obviously a big challenge as we know Max is a killer and he’s one of the fastest.”

Hulkenberg’s opportunities to remain in F1 narrowed yesterday when Haas confirmed Romain Grosjean had been retained for a fifth season at the team.

“Haas was definitely an option,” said Hulkenberg, “we were talking, that’s definitely not a secret but we just didn’t get together on this occasion, we couldn’t agree a deal.”

More likely opportunities for Hulkenberg than Red Bull could exist at Alfa Romeo and Williams. “I think you’ll see and understand for yourself what’s still available, which seats and which not,” he said when asked about his 2020 options. “That’s pretty obvious.

“Right now I don’t know. I think it’s to a big extent out of my control now, out of my hands. So most important is to drive and to perform. We just need a bit more time. I think there is still possibilities and realistic chance. But in this game you can never be too sure.”