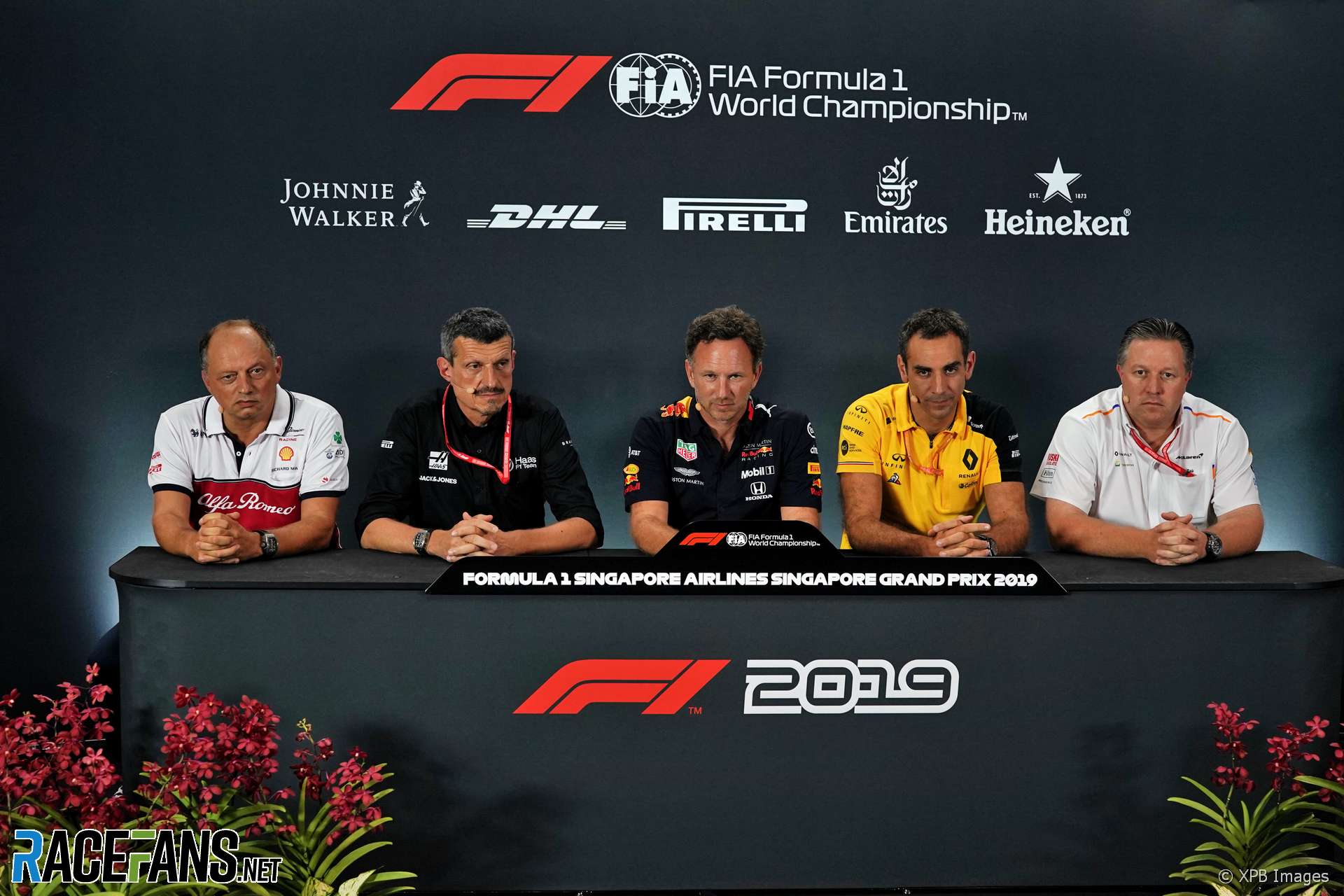 A proposal to introduce ballast penalties as a replacement for grid penalties when drivers use too many engine components has failed to impress team bosses.

Formula 1 is considering giving drivers ballast penalties instead of grid penalties if they exceed the maximum limit on the number of engine components they can use.

However Alfa Romeo team principal Frederic Vasseur said he is “not a big fan at all of the ballast” penalty idea.

Red Bull team principal Christian Horner, whose drivers have had to start from the back of the grid twice this year due to power unit penalties, said the idea has proved unsuccessful outside F1.

“We’ve seen in other categories that it doesn’t work,” he said. “It screws your whole weekend, not just the qualifying.

“The only shame about what we have at the moment is that it potentially robs the fans on a Saturday of seeing drivers going for a qualifying position. If we look at Monza, Max [Verstappen] taking part for a couple of laps in Q1, not wanting to progress past Q2.

“I think if we could find a more balanced penalty than just straight to the back of the grid we should consider it, so that you are still encouraging drivers on a Saturday to be going for a qualifying position.”

The difficulty of explaining the ballast penalty to spectators was also highlighted as a problem with the plan by Haas team principal Guenther Steiner. Renault’s Cyril Abiteboul suggested the alternative of giving drivers time penalties for power unit parts changes.

Drivers were given time penalties for engine change penalties in the 2015 season if they were penalised more grid places than they could serve. This regulation was later dropped.

“A time penalty is pretty clean to understand,” he said. “It doesn’t mix up the grid, you serve it at your pit stop.

“Strategy comes into play – when do you pit, tyres etc – so that I think would be the simplest, least disruption, the easiest to understand and would add some excitement to the race.”

21 comments on ““It would be even worse”: Ballast penalty plan fails to impress teams”