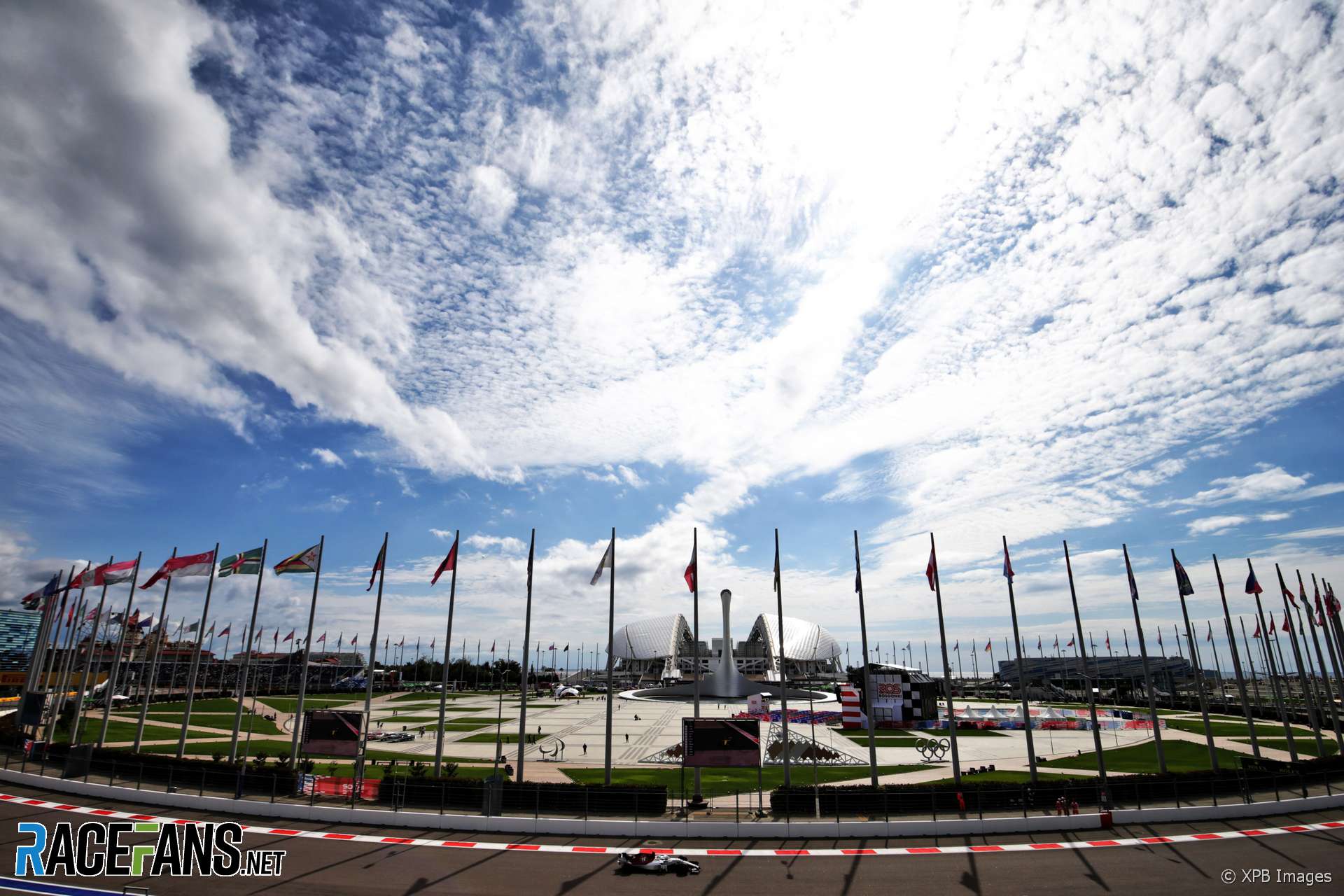 Formula 1 could see its first wet Russian Grand Prix in Sochi this weekend.

The possibility of rain and even thunderstorms hangs over the upcoming race weekend in Sochi. Overcast, rainy conditions are expected to continue from mid-week into the weekend.

The first day of practice on Friday is expected to be a grey day, though the threat of rainfall is fairly low. Occasional light showed are possible throughout the day. The temperatures shouldn’t be too low – comfortably around the 23C region.

Saturday will bring further rain and the possibility of thunderstorms in the morning, including up to the final hour of practice. Conditions could improve for the vital hour of qualifying, but there is a decent chance drivers will be wary of saving intermediate and full wet weather tyres for Saturday. In which case, they may do little running if Friday is wet, to save tyres.

The forecast for race day is a little better with a lower risk of rain and the promise of spells of sunshine. But the forecast may well develop further between now and then.

In the meantime the teams are keeping their eyes on the forecasts. “The forecast for Sochi is for changeable weather,” Ferrari team principal Mattias Binotto acknowledged, “so it will be important to be prepared for every eventuality.”

For more updates on the track conditions during each session keep an eye on RaceFans Live and the RaceFans Twitter account.

7 comments on “Risk of rain throughout Russian Grand Prix weekend”