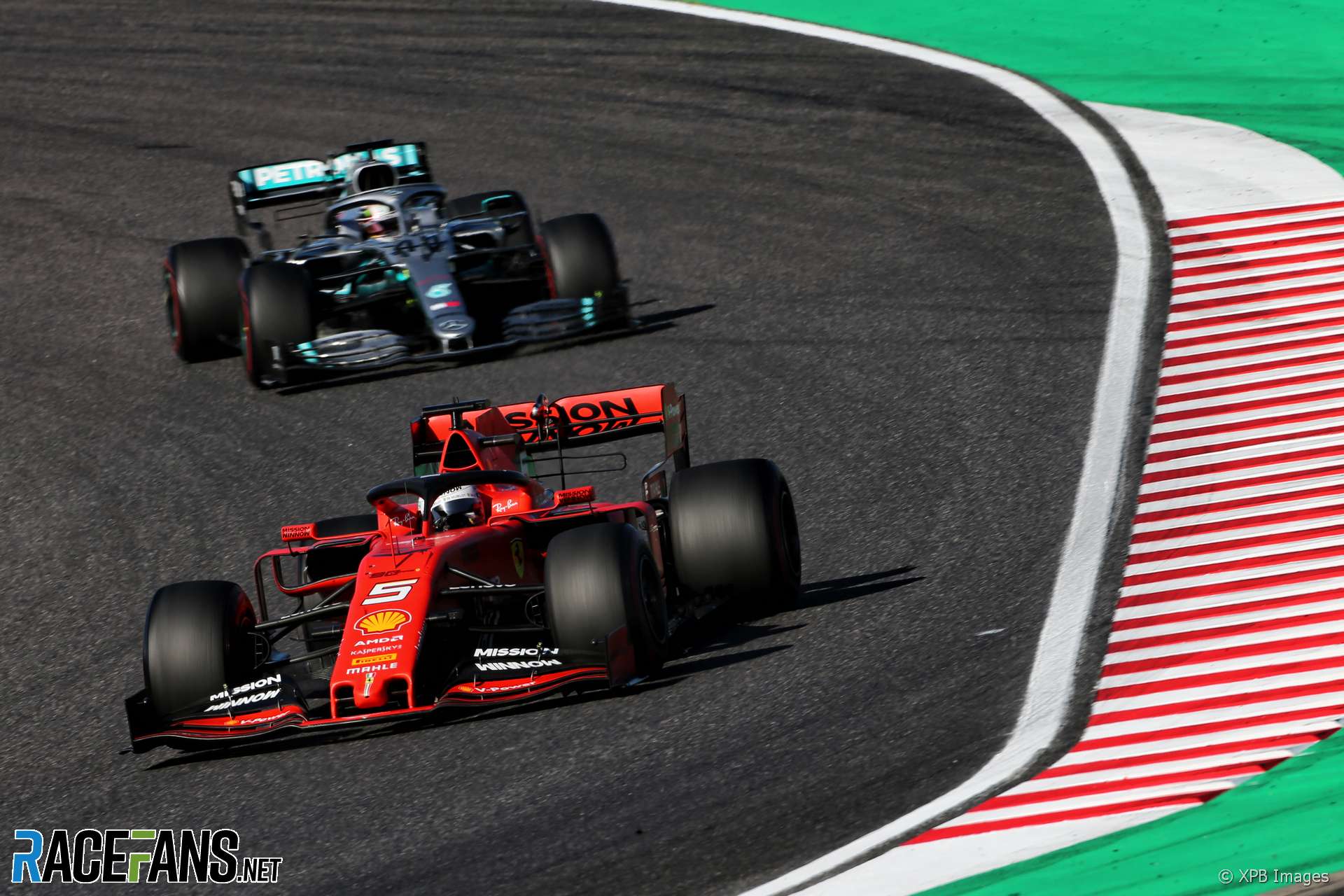 Mercedes need to improve their engine development after losing ground to Ferrari during 2019, Lewis Hamilton believes.

Hamilton ended the Japanese Grand Prix stuck behind Sebastian Vettel’s Ferrari, which he was unable to pass despite being able to lap quicker. He described their power advantage as “incredible”.

“Of course I got in the tow of Seb, with DRS and maximum power and everything. [But] it’s incredible how quick they are.

“It makes it very, very difficult, even if you’ve got the advantage of the tyre. But I think it’s cool anyway, it provides interesting racing. I wish we could have had a closer race but it’s a difficult track to do so.”

Hamilton said Mercedes have “got time” to reduce their power deficit to Ferrari before the 2020 F1 season.

“It’s not been a great year for us in terms of the great issue, in terms of our engine development,” he said. “It’s been a really hard time for the guys, they’ve been working as hard as ever. But it’s just not been as successful in that department.”

The W10 is a “quite draggy”, Hamilton admitted, which adds to its deficit on the straights. “But we’ve had great reliability and hopefully that remains the same and that’s still something to be really proud of, of course.

“We have, obviously, still won the constructors championship. But we’ll push to try and maybe reduce the drag a little bit but also increase power for next.

“So they’re fully onto it and I have all the confidence in the world that we’ll be able to make some sort of step into the next season.”

41 comments on “Hamilton: Mercedes’ engine development ‘not great’ this year”