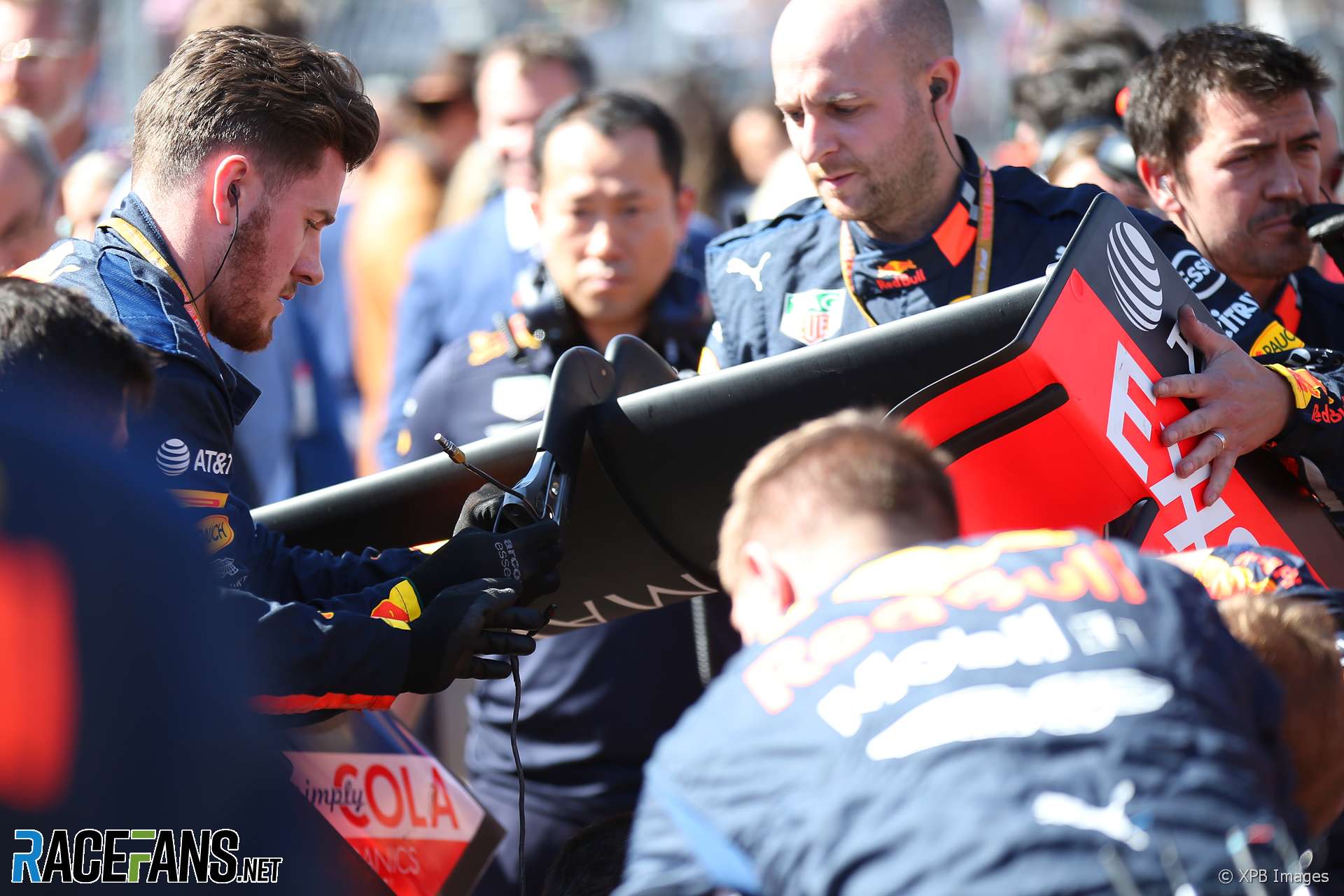 Red Bull suspect the “viciousness” of the bumps at the Circuit of the Americas caused the crack they discovered in Max Verstappen’s rear wing.

The team chose to fit a new wing on the grid before the start of the race after a mechanic noticed the damage to Verstappen’s car.

“We discovered a small hairline crack,” explained team principal Christian Horner. “It would have probably been okay, but we got permission from the FIA to do a precautionary change going into going into the race. So it well spotted by the mechanic.”

Asked what may have caused the damage Horner said: “I think the viciousness of the bumps around here are pretty aggressive.”

Asked if he expects the bumps will be less severe at next year’s grand prix, FIA race director Michael Masi said: “I would hope so.

“The circuit’s advised us that there’s a significant amount of resurfacing as well as rectification works that need to go on. The bumps have got more severe in recent times with extremes of weather they’ve had here.

“To their credit, they undertook a lot of rectification work that could be done without compromising the track surface as much as possible. So that was all done and continued to be done over the weekend.”