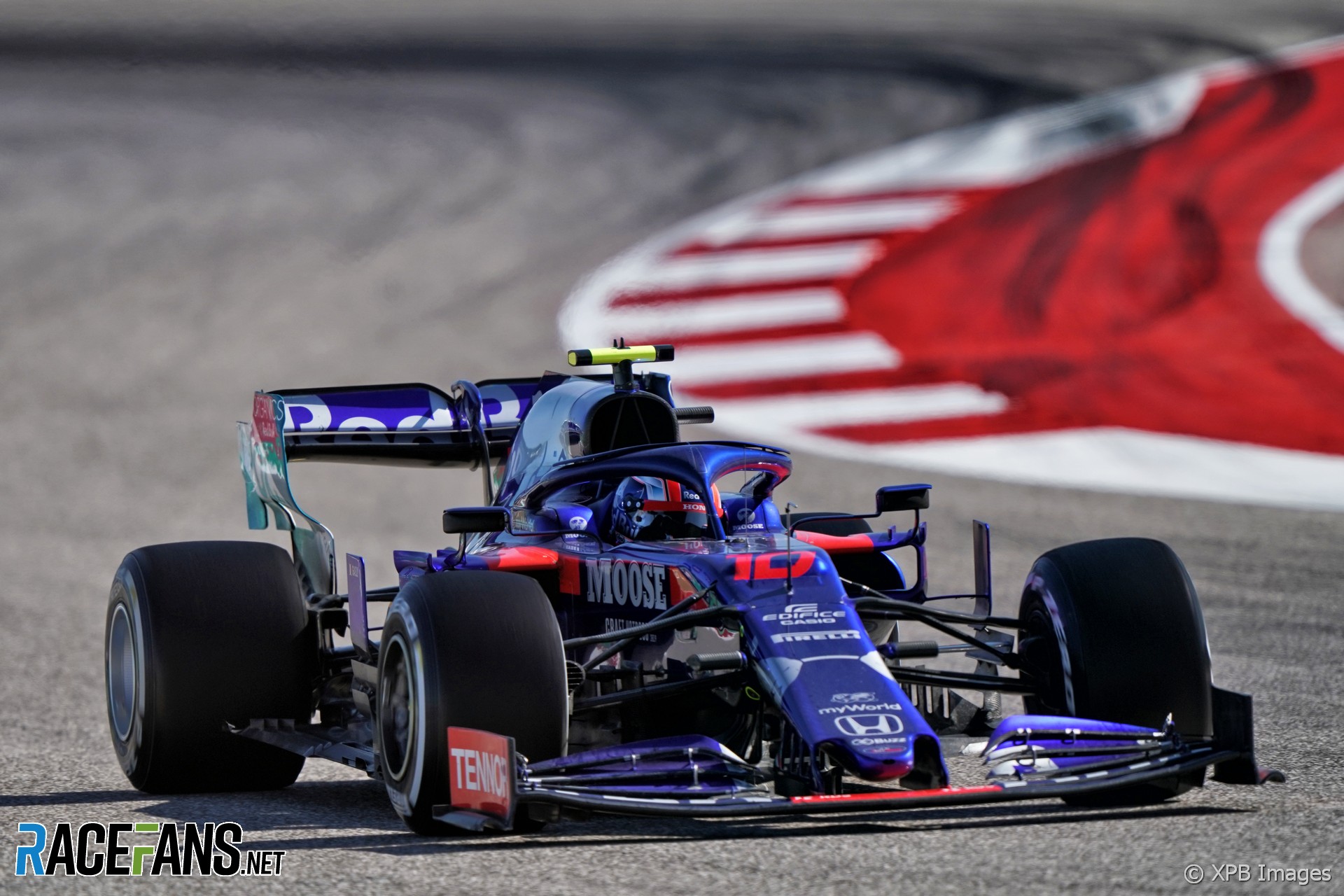 Pierre Gasly believes Toro Rosso have become regular contenders for points in the second half of 2019.

The former Red Bull driver returned to the team, which he raced for last year, after the summer break. He has scored points in five of the eight races since then and was on course for another haul at the last round before colliding with Sergio Perez.

Despite the disappointment of failing to score in Austin, Gasly said the team’s consistent performances were a “positive” sign.

“Every weekend we seem to be there around like ninth, tenth,” he said. “Just being able to fight in there.

“Of course it’s really tight, it’s tough. McLaren are faster, the Renaults sometimes faster and sometimes a bit slower. But overall we just seem to be in that fight for one or two points every weekend, which is which is good. That will be the target for Brazil and Abu Dhabi as well.”

Gasly spent most of the last race in the top 10 before tangling with his rival. “I was running in the points 53 laps out of 56,” he said. “And actually I think [we had] really good race until that point.

“We were matching the McLaren in front, keeping the pace with Carlos [Sainz Jnr] which was quite a surprise.

“At the end we started to fight with Sergio and then we came together in turn 13. There was contact and it broke my front-right suspension and after that we had to retire so that was quite disappointing.”

3 comments on “Gasly: Toro Rosso in the hunt for points every weekend”