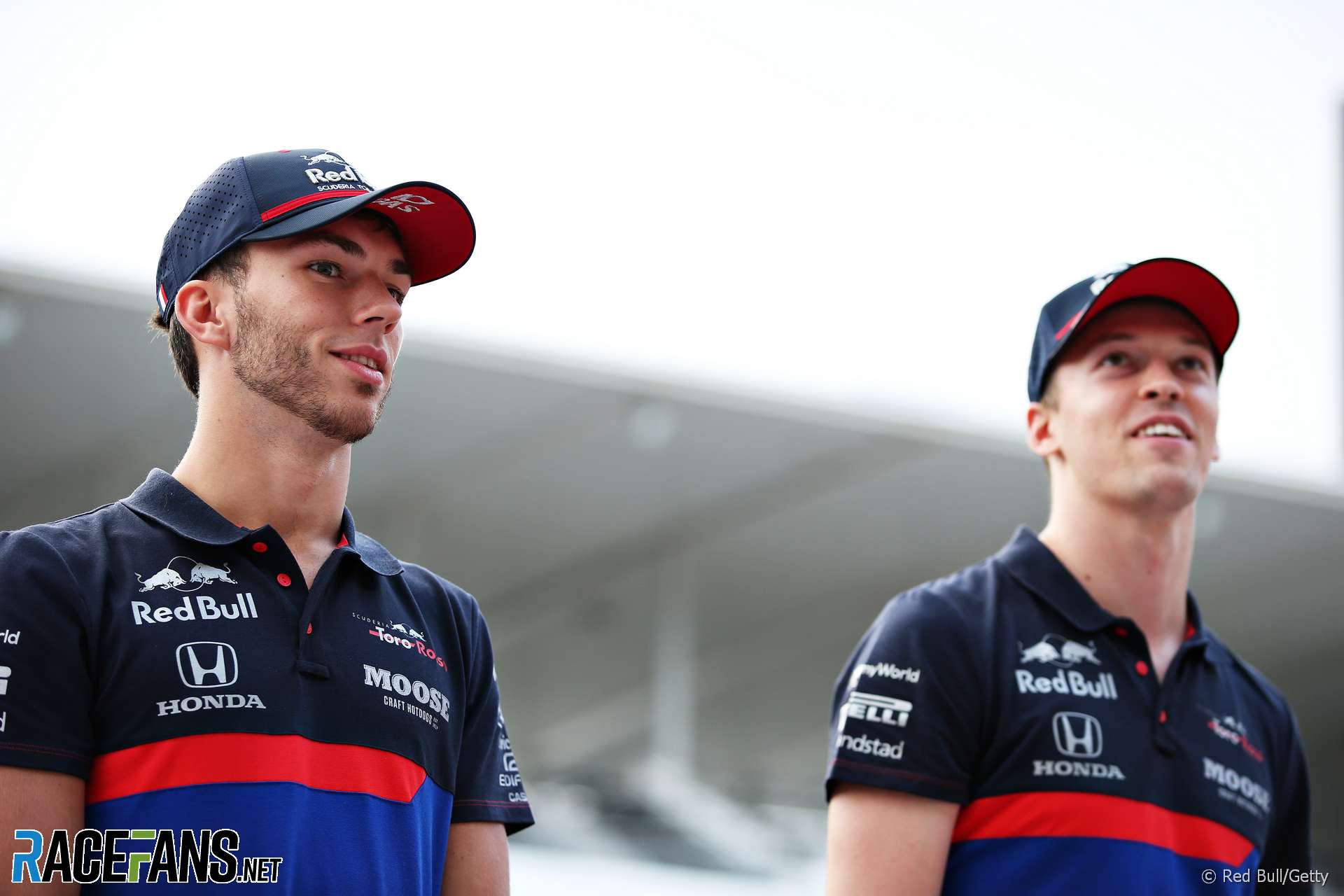 Toro Rosso has confirmed an unchanged driver line-up for the 2020 F1 season.

Daniil Kvyat and Pierre Gasly will continue to drive for the team next year.

Gasly did 12 races at Red Bull at the beginning of the year, but struggled to get the best from the car, and was replaced by Alexander Albon during the summer break.

“Both drivers have shown really good performances this season and they have proven in their years in F1 to be very competitive, able to exploit the car’s potential and give valuable feedback to make improvements,” said team principal Franz Tost.

“This young but experienced duo, combined with hopefully a competitive car, will be the best factors to achieve a very successful season in 2020 and I’m looking forward to this extended cooperation.”

“I’m really happy because I feel very comfortable with everyone here, I know the team and they know me very well, so it’s easy to understand everyone’s needs,” he said.

“We’ve achieved great things together, like our podium this year in Germany, so I hope to deliver a very strong season again for this team next year. I’m grateful for the opportunity to continue in Formula 1 and I will give it my all to show the best possible performances next year.”