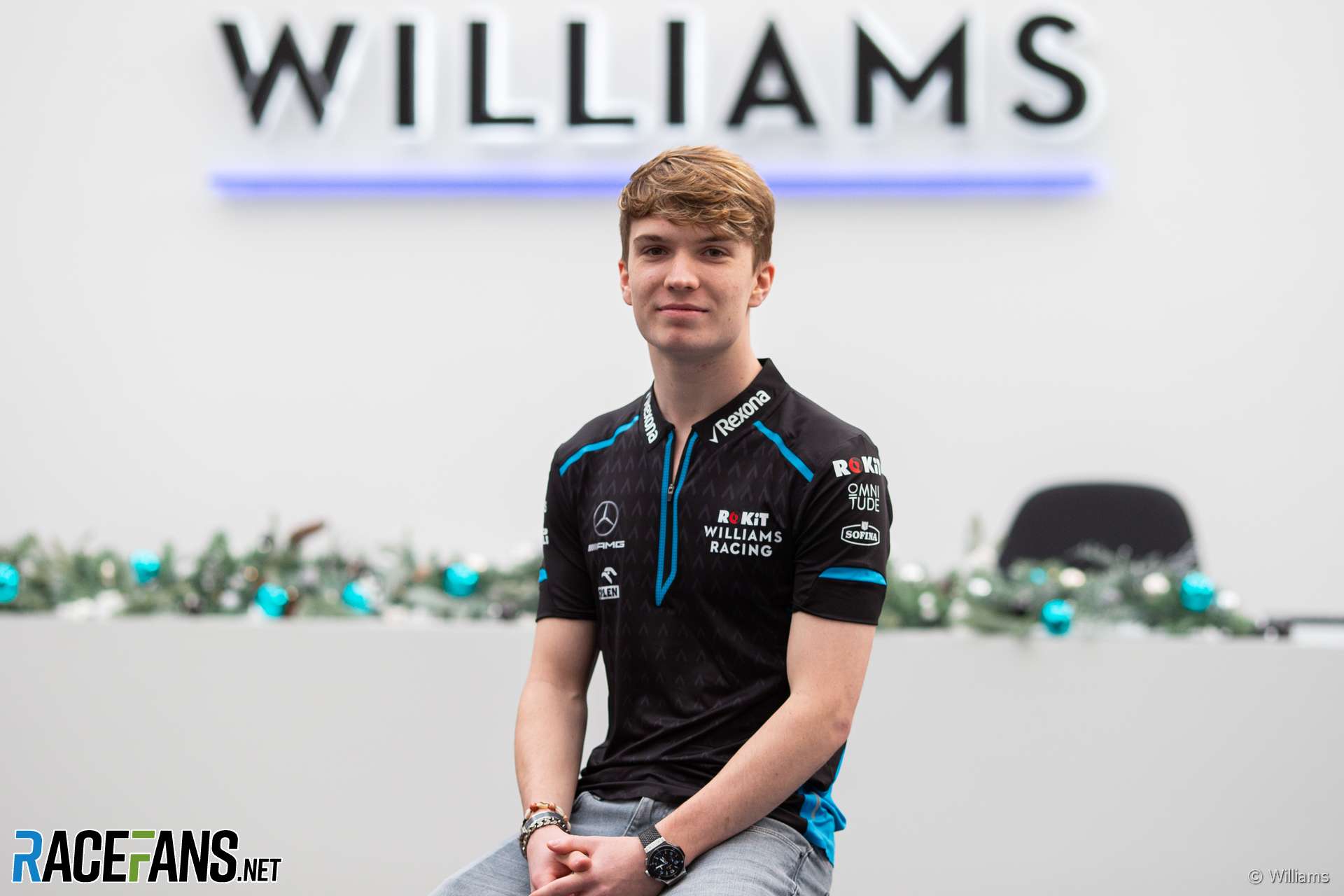 Ticktum, who was dropped by Red Bull following an unsuccessful start to his season in Japanese Super Formula earlier this year, has been appointed as the team’s development driver. He will have a “busy” simulator programme and attend two F1 races with the team.

“It is a privilege to be joining the Williams Racing Driver Academy, especially given Williams’ incredible heritage in our sport,” said Ticktum. “The time in the simulator and experience working with the team will prove invaluable for my development.”

Ticktum finished second to Mick Schumacher in Formula 3 last year and made his Formula 1 test debut with Red Bull in Bahrain this season. He will race for DAMS in his first full season of Formula 2 next year.

“His ability behind the wheel has been demonstrated with back-to-back successes at the prestigious Macau Grand Prix in 2017 and 2018,” Williams added. “Dan’s technical expertise will prove invaluable to the team and we are looking forward to helping him grow and develop in 2020.”