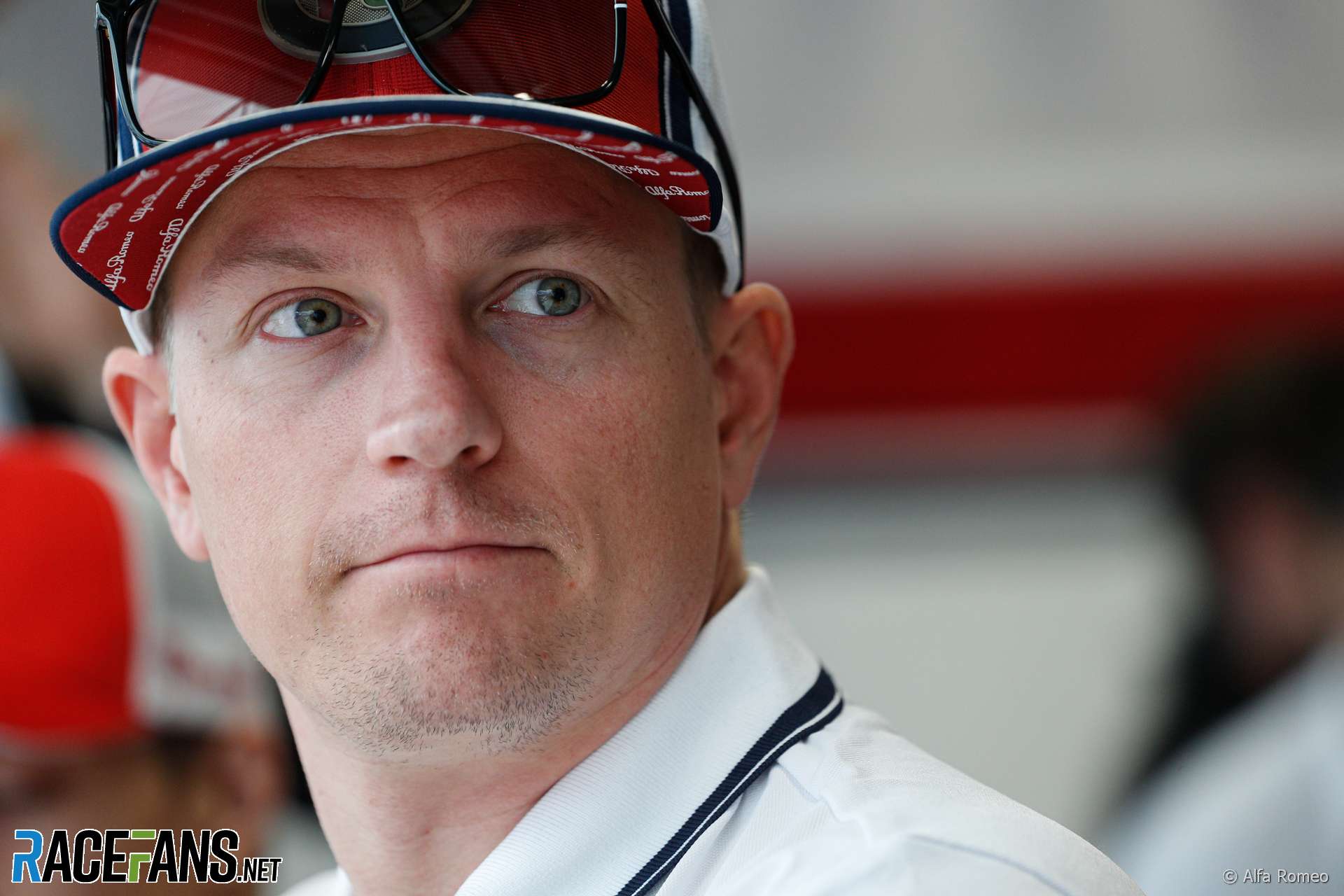 Kimi Raikkonen is about to become the most experienced driver in the history of Formula 1. Barring mishaps, this year’s Austrian Grand Prix should see him overtake Rubens Barrichello’s record for 322 starts.

His much-celebrated no-nonsense, low-voltage style perhaps makes it harder to recognise him as an elder statesman of the sport in the same way Barrichello did in the latter stages of his career. But the 2007 world champion’s value to Alfa Romeo goes beyond his gigantic reserves of experience. He remains a formidable force on race days, a point illustrated by the fact he scored the team’s best result of the year during its late-season slump.

Raikkonen’s move from the high-visibility environment of Ferrari to a more conventional racing operation seemed to suit him well. But naturally, he discounted the idea that being away from the pressures of Ferrari aided his cause during 2019.

“I don’t think the pressure was any different,” he remarked late last year. “Obviously we want to do well. It’s a shame we’ve kind of fallen down as a team but as a driver, I think everyone puts a lot of pressure on themselves.

“In the end the work that we do over the race weekend is not really any different whichever team you’re in, it’s just that the meetings are very similar between teams, the driving is there and the racing.

“Outside of racing it has been less busy so that’s nice part of it plus obviously the team is very close to where I live so I don’t need to travel to different countries, in many ways it helps, I have a bit more time to stay with the family, it’s a nice thing.”

It wasn’t just Alfa Romeo who ‘fell down’ as the season went on, however; Raikkonen found himself increasingly challenged by junior team mate Antonio Giovinazzi. However, he comfortably scored the majority of the team’s points over the full 21 races.

As the season went on there was a clear swing in the balance of power between Raikkonen and Giovinazzi in qualifying. After the summer break Raikkonen was out-qualified by his team mate more often than not.

During that time there were several occasions when Raikkonen managed to put all his best sector times together when he needed to, but for whatever reason still didn’t have enough to beat Giovinazzi. As the midfield battle became ever tighter throughout the season, that hurt his points-scoring chances.

Though Raikkonen often made his way forwards from his starting position, three of his best qualifying performances – fifth in German, seventh in Austria and eighth at Spa – led to somewhat disappointing results. With better luck on some occasions, such as at Spa, he could have bagged far better results.

On several other occasions Raikkonen moved his way into points-scoring positions from outside the top 10. In Brazil he qualified eighth, capitalised on several incidents ahead of him and scored the team’s best result of the season with fourth, though it must have rankled with him how close he came to beating Carlos Sainz Jnr to the final podium place.

That proved his only points finish after the summer break, a disappointing outcome, which saw him slip from eighth to 12th in the championship.

“Obviously, we are not where we wanted to be,” he said following the season finale. “We were not too bad in the first part of the season and then for many different reasons we didn’t really have the speed in the second half.”

Race: How many times Raikkonen finished ahead of every other driver

Raikkonen regularly beat the similarly-powered Haas drivers, consistently finished ahead of his team mate on race day and even nipped at the heels of midfield leaders McLaren. But again, most of his better results came in the earlier part of the season.

“It [was] two different halves of the year,” he reflected. “The first part of the year was pretty decent, most of the races. We had some bad races around Barcelona and Monaco but it improved from there.

“Then since the summer break, first we had good speed still but didn’t score any points as a team and then it’s been very difficult apart from the last couple of races where we at least had some speed to fight in the top ten.”

Alfa Romeo’s development programme also didn’t go entirely to plan. Raikkonen was pleased with a late-season front wing update but it was no cure-all for the car’s shortcomings. At Yas Marina the team looked lost, languishing far from even their 2018 pace. That leaves a question mark over their potential heading into the 2020 F1 season, much as Giovinazzi’s improving form means Raikkonen can expect stiffer competition from the other side of the garage.

9 comments on “‘We were not too bad at first, then we didn’t really have the speed’”