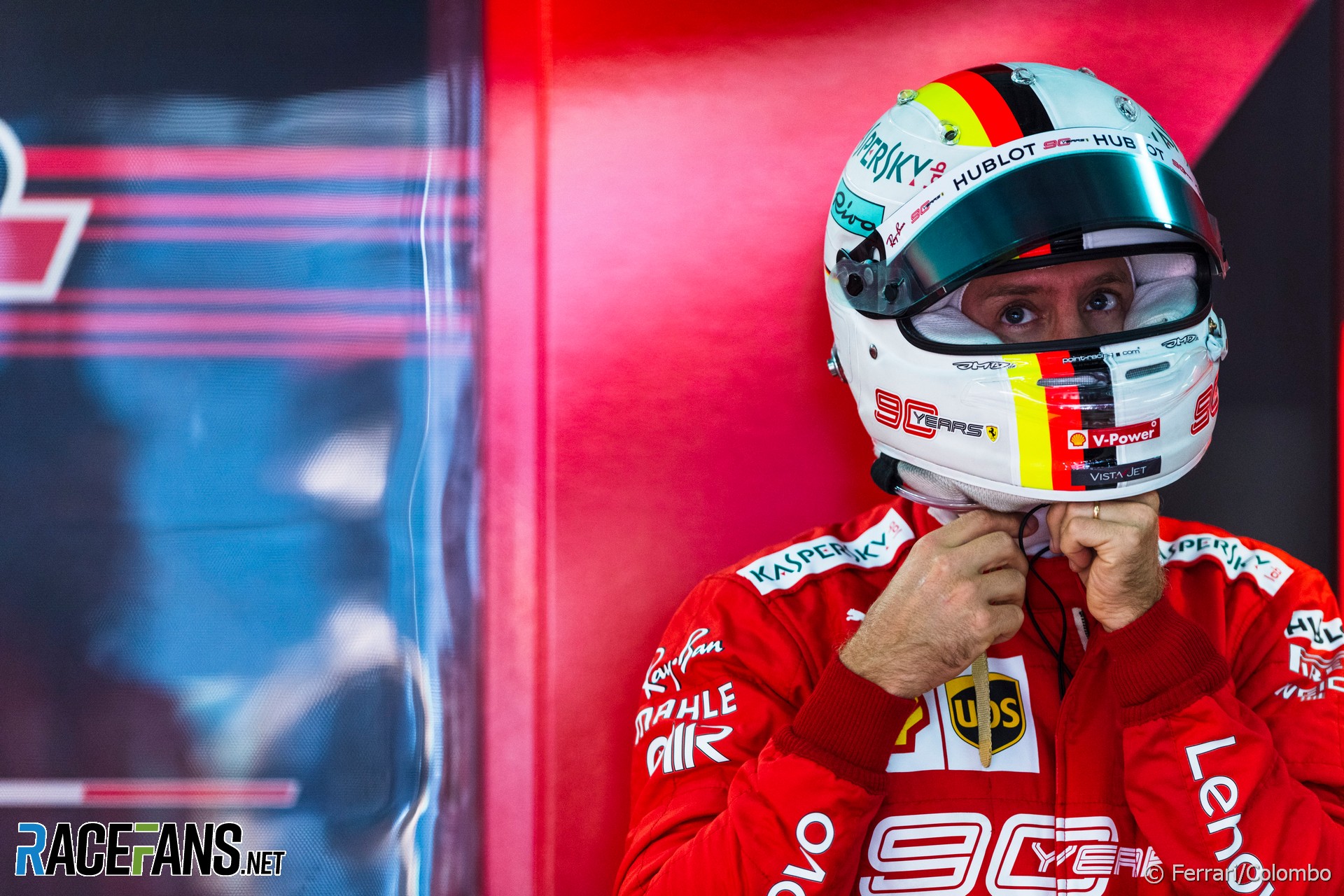 Sebastian Vettel’s fifth season with Ferrari was undoubtedly a disappointment. But was it really as bad as some have made out?

Vettel’s failure to out-score new team mate Charles Leclerc prompted many to wonder whether his days at Ferrari are now numbered. But it’s true that the pair were often quite closely matched on performance, and Leclerc benefited from hitting his stride in the second part of the season, when Ferrari’s car was at its best.

There’s no disguising the fact Vettel’s campaign was marred by a series of costly errors. A spin in Bahrain, collision with Max Verstappen at Silverstone and another spin at Monza were just a few of the opportunities missed.

Vettel seemed to be alluding to these moments at the end of the season when he reflected on his performance.

“I feel like I’ve always done all I can do,” he said. “I have been around for long enough and I’m honest enough to admit that I should have done a better job.

“I know that there’s more from my side. Clearly I look at myself first, address all the points that I feel need to addressed in myself. There’s things I can do better that I know I can do better. That’s the first thing I look at and obviously try to improve that next year.”

Ferrari’s season got off to a disappointing start. They looked in good shape after pre-season testing, but started the year behind Mercedes. Vettel was the team’s benchmark driver at first – Leclerc’s pole in Bahrain was the only time Vettel started behind his team mate over the first seven races.

The pendulum swung after the Canadian Grand Prix – a race which was a body-blow for Vettel, as a late error incurred a penalty which handed victory to Lewis Hamilton. After that Leclerc raised his game in qualifying, and Vettel started behind him at the next nine rounds.

It was to be expected that Leclerc would find more lap time as he grew more familiar not just with the car but with the complexities of working at a far bigger team than the one he was used to. But it also seemed that as Ferrari developed the car it suited Vettel less well.

Vettel would only speak about his performance in broad terms, and insisted that he had the potential to turn it around. That appeared to have been borne out by the end of the season, when he and Leclerc were more closely matched over the final five races.

“I don’t think there’s rocket science to be changed,” said Vettel. “It’s always in the details, small adjustments, nothing big or major. I don’t need to drive differently, I know how to drive.

“Obviously we all work together, trying to improve the car to make it faster for both of us. As I mentioned before you always look at yourself. For sure I’m not doing the same stuff that I was 10 years ago. And I think that certainly here and there, there’s things you always feel you can improve in.”

The Mercedes drivers built up a strong lead over the first part of the season while Ferrari tried to understand why they were not as competitive as they expected to be.

“As a whole, as a team we didn’t find ourselves as competitive as we want,” said Vettel. “I think we spent the first half of the year trying to really understand where we were lacking performance together, trying to really be precise, finding answers what the car is missing and so on, trying a lot of things here and there.”

That paid off after the summer break, but it took Vettel until Singapore to score what proved his only win of the year, and in somewhat controversial circumstances. Leclerc took two wins in Belgium and Italy, but the pair could also consider Bahrain, Azerbaijan, Canada, Austria, Germany, Russia, Japan and Mexico all examples of realistic opportunities to win which passed them by.

It’s five years since Vettel embarked on his first season for Ferrari having left Red Bull. He remains by far the most successful product of Red Bull’s junior team.

Helmut Marko, who enthusiastically promoted Vettel’s rise, offered an interesting perspective on why he hasn’t yet replicated at Ferrari the kind of success he enjoyed at Red Bull in a recent interview for Motorsport-Magazin.

“Sebastian is a very straightforward athlete who doesn’t care much about politics, and who doesn’t want to fight for it. Of course, Leclerc also has an advantage with his manager [Nicolas] Todt, who is certainly very good in all these areas.

“Thus he has to counter this situation with [good] performances. The question, though, is: Will he react accordingly?”

25 comments on “‘I should have done a better job. There’s things that I know I can do better’”