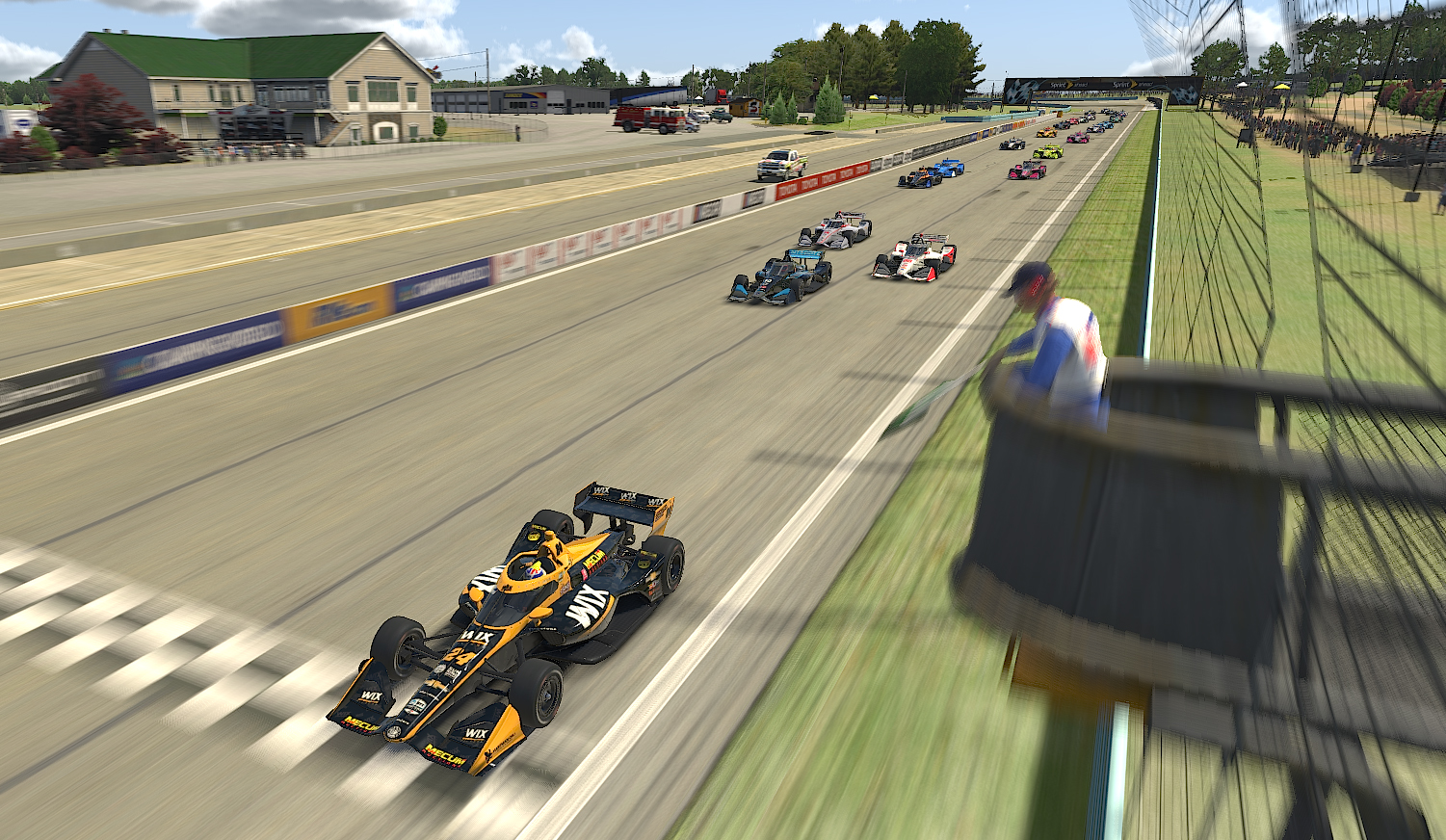 Last week Formula 1 made its first attempt at replacing a bona fide championship round with a virtual race. Yesterday IndyCar did the same.

How did the two compare? Put it this way: Only IndyCar’s race stood a chance of being mistaken for the real thing. If anything, it was slightly more tame than some of IndyCar’s wilder events.

(NASCAR appeared to have a similarly strong line-up for its iRacing series last week, but as it was broadcast only on Fox’s platforms in the US, I wasn’t able to watch it.)

To be fair to Formula 1, it had one week less to get its entry together. But the choices it made in how to fill up the rest of the grid did the racing no favours.

F1 assembled an odd mix of reserve drivers, junior drivers, celebrities and ‘influencers’. Again, the pressures of time were against them, but the outcome was a race which probably appealed to fewer fans than it might have done because it tried to appeal to everyone.

Some of us might like to see a group of celebrities racing on F1 2019 purely for the entertainment factor. I’m more interested in watching real F1 drivers and potential stars of the future.

But are there really many who care to see a crossover between the two? Are there millions clamouring for another contest between, say, Robert Shwartzman and Ian Poulter? I doubt it.

IndyCar’s race did not impress more than F1’s because it was free of technical problems. Neither was.

F1’s star draw Lando Norris was unable to take place in qualifying and missed the start of the race due to connection problems. Technical trouble also kept James Hinchcliffe out of the IndyCar event, and other competitors in both series hit trouble as well.

But from the outset it felt like one event had the correct philosophy, and that was IndyCar’s. It took to heart the idea that it was replacing a race which couldn’t happen with one that could, albeit in the virtual world. Right down to the pre-race autograph session and post-race press conference.

Before next Sunday’s race F1 needs to decide whether it’s putting on a jolly for celebrities or a race for motor sport fans. And if it’s the latter, it may need to gently remind a few of its stars that, while they continue to receive substantial salaries from their teams, expecting them to play a video game once every other week in return is hardly unreasonable.