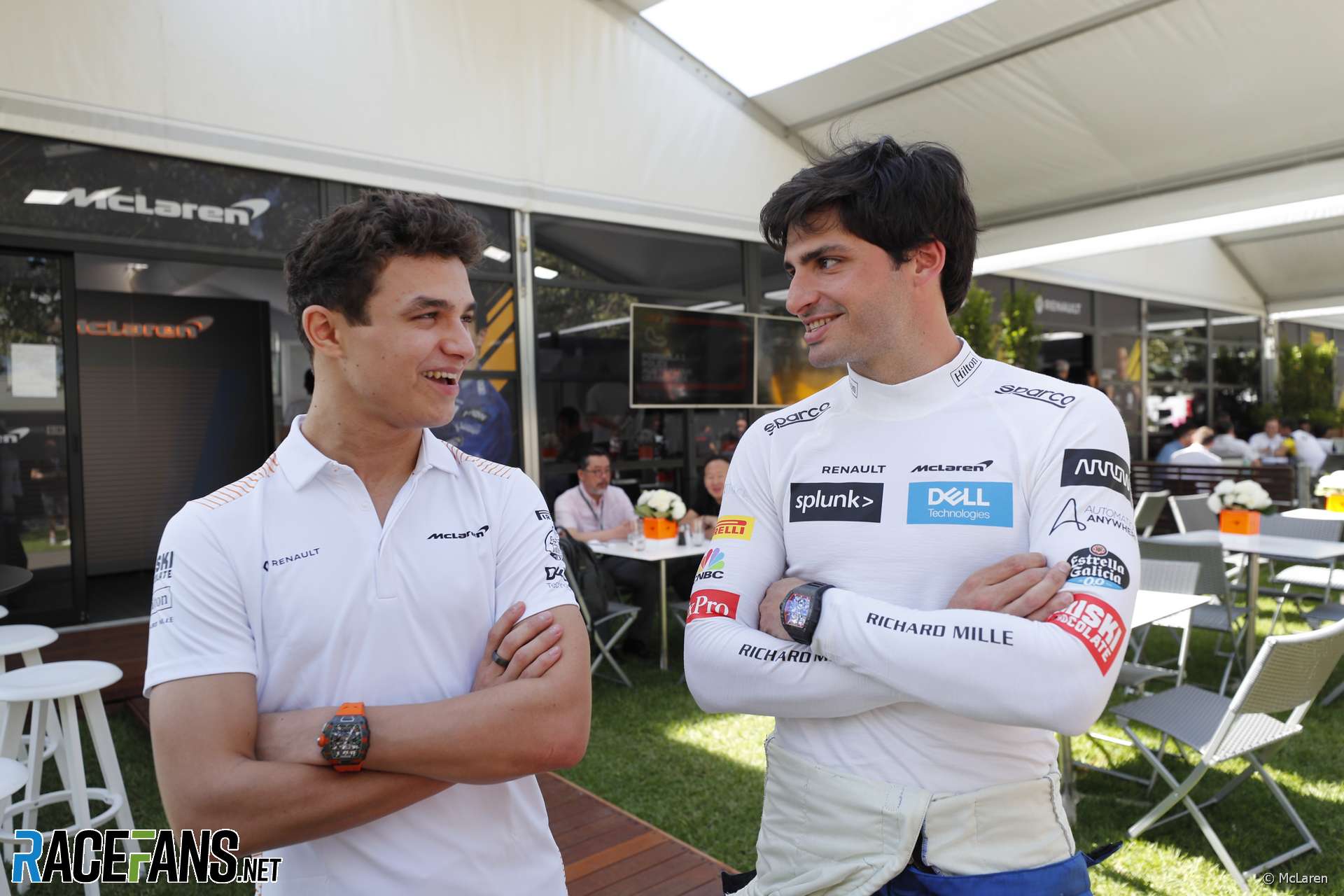 Formula 1’s 10 teams face difficult and uncertain times following the decision to call off the first eight races of the 2020 championship due to the global pandemic.

While six of those races are still hoping to be rescheduled, more could still drop off the calendar. In the meantime teams have bills to pay but F1’s income from race hosting fees and television broadcast deals is in doubt, and therefore so is the cut teams receive. Yesterday F1’s rating by credit agency Moody’s was downgraded to ‘negative’.

Faced with this, on Wednesday McLaren became the first team to confirm it had furloughed some of its F1 staff. It has taken advantage of the opportunity to put team members on temporary leave at a reduced rate of pay – 80% of their salary up to £2,500 per month. However it has also ensured comparable cuts have applied to its senior executives and its drivers Lando Norris and Carlos Sainz Jnr.

In a cynical age when any worthy deed problems hair-trigger accusations of ‘virtue signalling’, note that this information did not emerge in a press release from McLaren. RaceFans learned of the development and asked the team for details on Wednesday. Only later did they speak publicly of the decision.

“Due to the impact of Covid 19, the McLaren Group has adopted difficult temporary measures regarding its staff to hopefully protect jobs in the long term,” Sainz wrote on social media. “I fully understand these tough decisions and I have obviously decided to take a pay cut. We are all in this together.”

But the same attitude hasn’t been evident throughout other sports. In Britain, some of the most high-profile players are drawing fire for not doing the same.

Top football teams in some countries have already made significant cuts. Barcelona players’ pay has been reduced by 70%, and the Juventus squad and senior staff are taking no pay for four months. Football faces much the same challenges as F1: no game, no megabucks television income.

But many clubs in the top-flight Premier League are yet to do the same. This prompted criticism from Britain’s health secretary Matt Hancock, who yesterday told the footballers to “take a pay cut and play their part”.

Some of these clubs have already furloughed non-playing staff, as McLaren have, but not reduced their players’ wage bill. The sums involved are not insubstantial. England’s top 3,500 highest-paid footballers are estimated to earn £2.9bn a year.

“Given the sacrifices many people are making, the first thing PL footballers can do is make a contribution,” continued Hancock.

He has a point. But why so quick to criticise footballers and so slow to praise those doing the right thing, such as Norris and Sainz?

Perhaps if the government was less concerned with deflecting attention from its shambolic response to the pandemic it might be less desperate to use footballers as, well, political footballs. But it needs to point the public’s ire elsewhere, and singling out famous footballers is more useful to that end that praising McLaren’s less well-known drivers.

Nonetheless credit (and discredit) where it’s due. With Formula 1’s mandatory factory shutdown having been brought forwards and likely to be extended, it would be no surprise to see other teams consider similar steps to McLaren. Hopefully they show the same wisdom as their F1 rivals, instead of following the Premier League’s example.

25 comments on “While footballers get a kicking, McLaren deserve some praise”