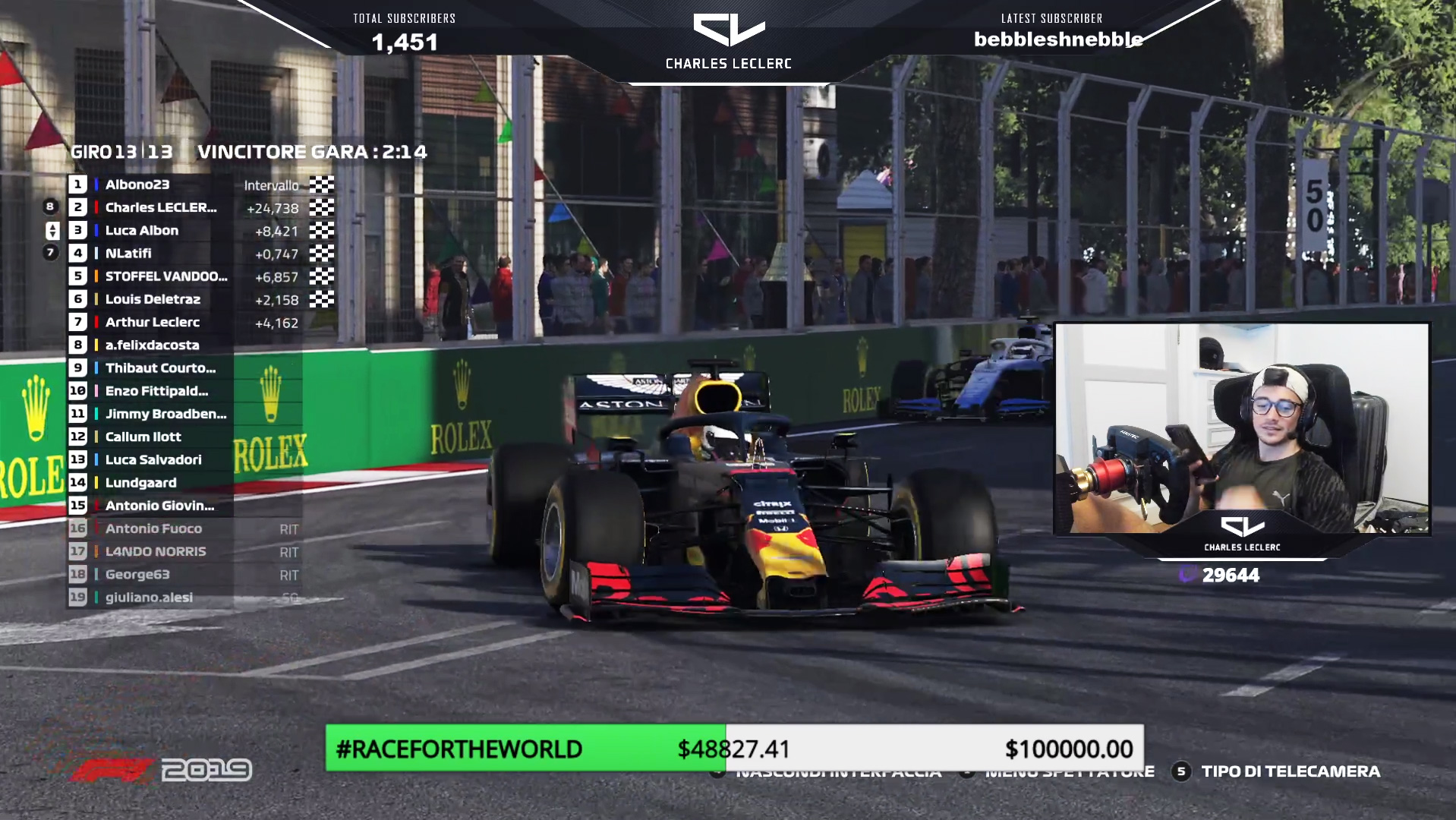 When six Formula 1 drivers decided to use their popularity to raise money to fight the pandemic, they probably didn’t expect it would be seen as anything other than a sincere attempt to help at a time of dire need.

Last week Charles Leclerc, Lando Norris, Alex Albon, Nicholas Latifi, George Russell, Antonio Giovinazzi and a group of other drivers set up Race for the World. Fans were invited to watch the three-round esports series, held using the official Formula 1 game, and urged to contribute towards a $100,000 target.

At the time of writing, the drivers have passed the halfway mark towards their goal, raising over $52,000 for the World Health Organization’s Covid-19 Solidarity Response Fund.

They deserve only praise for an initiative which uses their popularity and combined social media clout for what is clearly a worthy cause. But not everyone agrees it is.

The 45th president of the United States of America, continuing a personal trend, made several false claims about the WHO’s handling of the crisis and announced the country, which is the biggest single contributor to the health body, will cut its $400 million per year contribution.

A point-by-point rejection of the president’s largely baseless charges against an organisation F1 drivers are raising money for is a matter for publications which are not primarily concerned with motor racing.

Suffice it to say, while F1 has in the past been accused of existing in its own bubble, this is clearly less true today than it ever was. The pandemic affects us all and in ways which are immeasurably more significant than the cancellation of a few races: 128,000 people are dead, over two million infected.

We are a global community, Formula 1 is a global activity, and we are facing a threat which does not discriminate based on borders. No institution is beyond criticism, but it should be obvious how urgently the work of the WHO is needed at a time like this.

The contribution the F1 drivers are making to it may be comparatively modest in terms of the sums needed, but it is a step in the right direction at a time when others in positions of greater power are pushing the wrong way. It shouldn’t need to be pointed out that an unprecedented global emergency of this scale demands co-operation and solidarity, not disinformation and blame-apportioning.

The president has got it wrong. The Formula 1 drivers are right. Give them your support.

The final round of Race for the World takes place on Friday evening and you can contribute to their fundraising effort here:

84 comments on “Ignore the president, keep giving to F1’s WHO fundraisers”