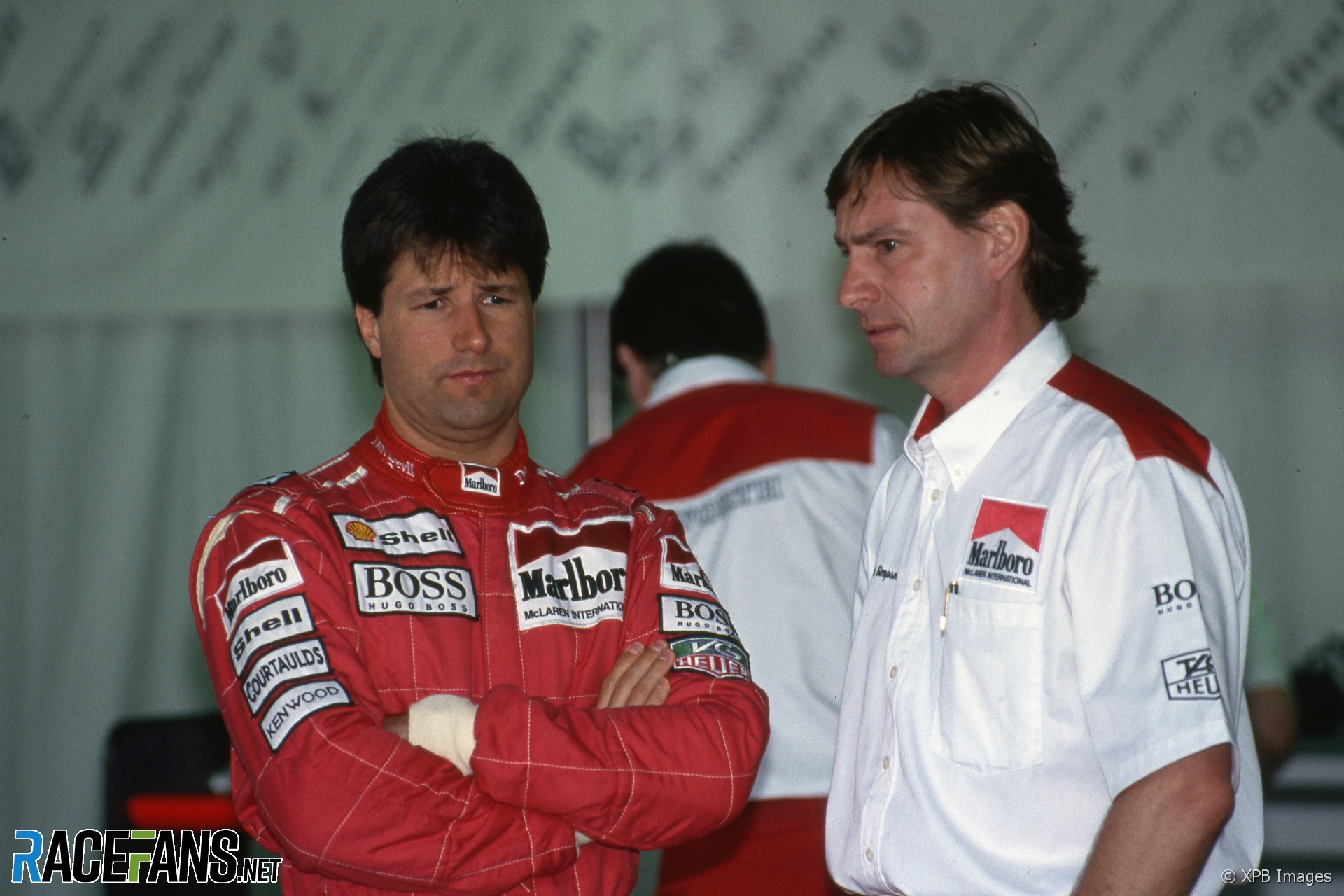 The younger Andretti made an unsuccessful move into Formula 1 with McLaren in 1993. He suffered a series of crashes and left the team before the end of the season, after taking his first podium finish at Monza.

However speaking to the Marshall Pruett podcast Andretti revealed he had a deal in place to drive for Ferrari the year before. He was on his way to the 1991 CART IndyCar title and had just signed a new contract with Newman/Haas team principal Carl Haas.

“So in ’91, I happened to sign a contract – this is something that not too many people know – I signed a contract with Ferrari to drive for them in ’92.”

However Haas refused to release him and Andretti did not join Ferrari. “When I brought it back to Carl, he said, ‘I’m not going to let you do it’. I’m like ‘well you said you would’. So I was really, really mad at him.

“The next race was Elkhart Lake and we were staying at the same hotel and we were heading out race morning and I wasn’t even talking to him. And he’s in the car in front of me and we get in the car and here his coat arm sleeve was sticking out the side of the door.

“So the whole way to the airport you see this thing flapping in the wind and I was like God I want to be so mad at him but I just couldn’t stay mad at him. That type of guy.”

Andretti said his team mate was going to be Alain Prost, who was fired by Ferrari ahead of the final race of 1991.

“I think it was a three-year deal that I signed,” he said. “They knew that it was going to take some time for me to get going.

While Andretti struggled at McLaren in 1993, driving for Ferrari the year before would likely have been no less challenging. The team endured a win-less season with the F192. Jean Alesi reached the podium twice, while Ivan Capelli never made it onto the rostrum and was replaced by Nicola Larini before the season ended.