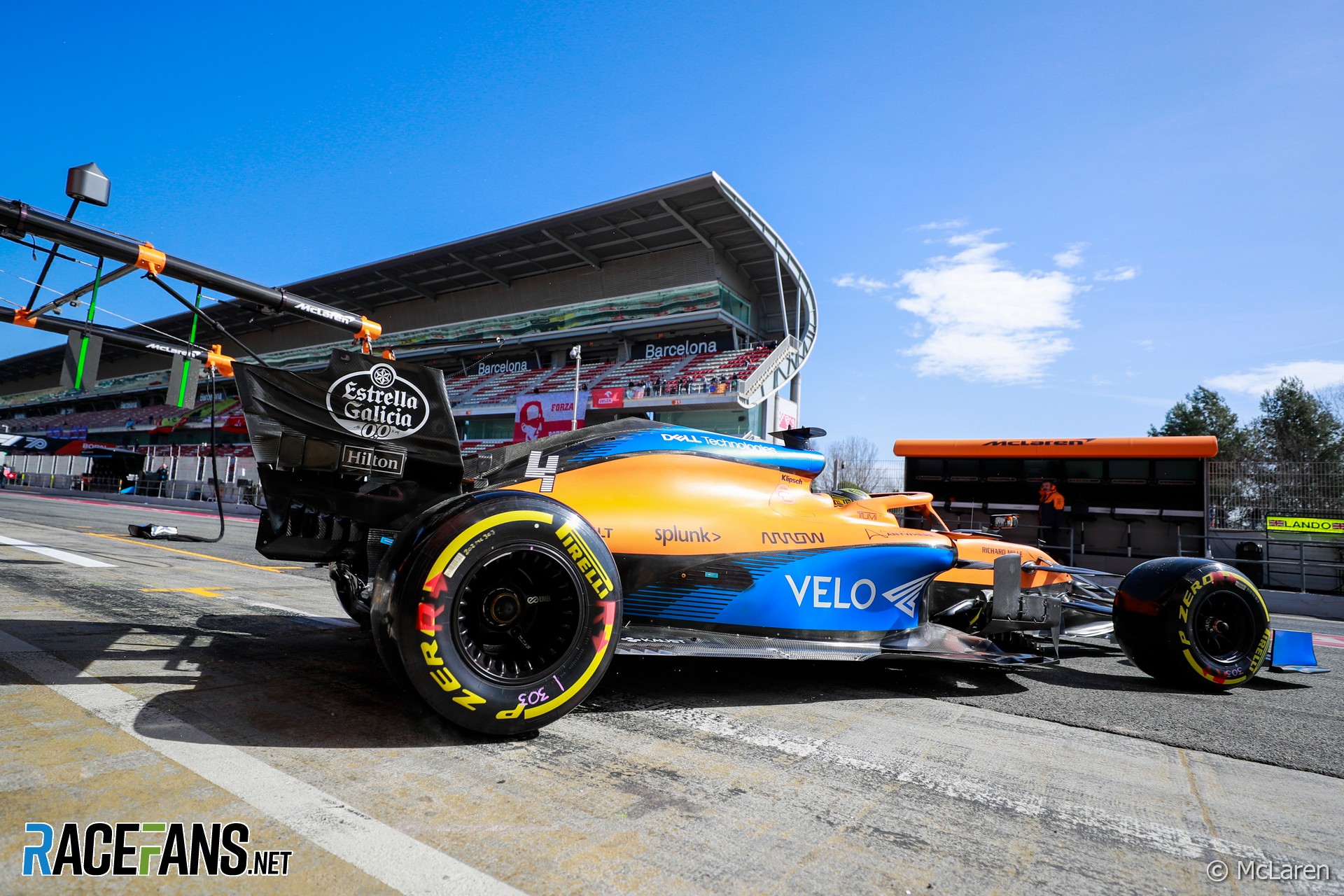 In the round-up: McLaren team principal Andreas Seidl says the team will be able to quickly make up for lost time having been unable to test ahead of the resumption of racing this weekend.

While Mercedes and other teams conducted tests with two-year-old cars, McLaren were unable to do so:

We did several simulator sessions, several sessions also in terms of making sure the drivers and the team are up to speed again with all the race weekend specific operational procedures with the rules and everything.

The drivers obviously did a lot of physical training as well, they did some go-karting. As you know, we did also the Formula 3 test with Carlin to simply get the drivers also some some running in a car with a more downforce.

As you know we are unfortunately not in a position, because was are simply not set up like that at the moment, to run a two-year-old car, for example. Which, obviously, in the ideal world, you would do, otherwise Mercedes and these guys wouldn’t do it.

But I also think it’s not a huge disadvantage and I’m sure that after three or four laps in Austria our drivers [will be] back up to the speed we are used to.

Mercedes has released more images of the new ‘end racism’ livery its cars will sport this season.

Mixed feelings: Invited to #AustriaGP but declined due to (understandably) stringent Covid measures. Thanks to @FIA @F1 & all teams remote procedures for accredited media in place, so full reportage for @racefansdotnet as per ‘new normal’ from 1st 3 ghost races. Stay tuned

So I park outside the media center at IMS and the first thing I see, Roger Penske carrying a ladder! The guy literally rolls up his sleeves and helps out the crews.The old lady @IMS is in good hands.

"Marko says Hamilton apologised to him in writing after criticising him for quotes which turned out to be fake."

Abiteboul says Renault are not considering rehiring Fernando Alonso but may be interested in Sebastian Vettel.

"Such largesse would mark Hamilton out as clearly the best-paid driver on the grid, and augment his estimated £224m personal fortune that makes him the richest sportsman the country has produced."

"If I give constructive criticism and lead the team in a better direction they will leave the racetrack ready to try to solve these issues. If I say: ‘The car is a piece of shit,’ they will wake up on a Monday wondering why they are doing it and that they can’t be bothered."

"The 88th 24 Hours of Le Mans will take place on 19–20 September with a smaller crowd than usual. Entry will be granted to all racegoers who have already booked their tickets (up until June 29)."

We always endeavour to credit original sources. If you have a tip for a link to feature in the next RaceFans round-up please send it in via the contact form.

F1 should take the plunge and go full-electric, argues David:

The entire world should be going electric, and slowly is, F1 should head the curve not catch up years later. If an electric F1 car can do full race distances at similar speeds then they should aim for that, imagine how much the tech would improve and mature if F1 minds were on the case at full tilt. They should just do it. Have large removable batteries you can change during pit stops if need be. That would be quite cool to see, pit mechanics slotting out and in batteries in seconds.

It’s the future and F1 fans are silly to ignore it. Embrace it. Be the fastest and best electric series going at the classic venues.
DavidH

Happy birthday to Avegaille and Andy2286!