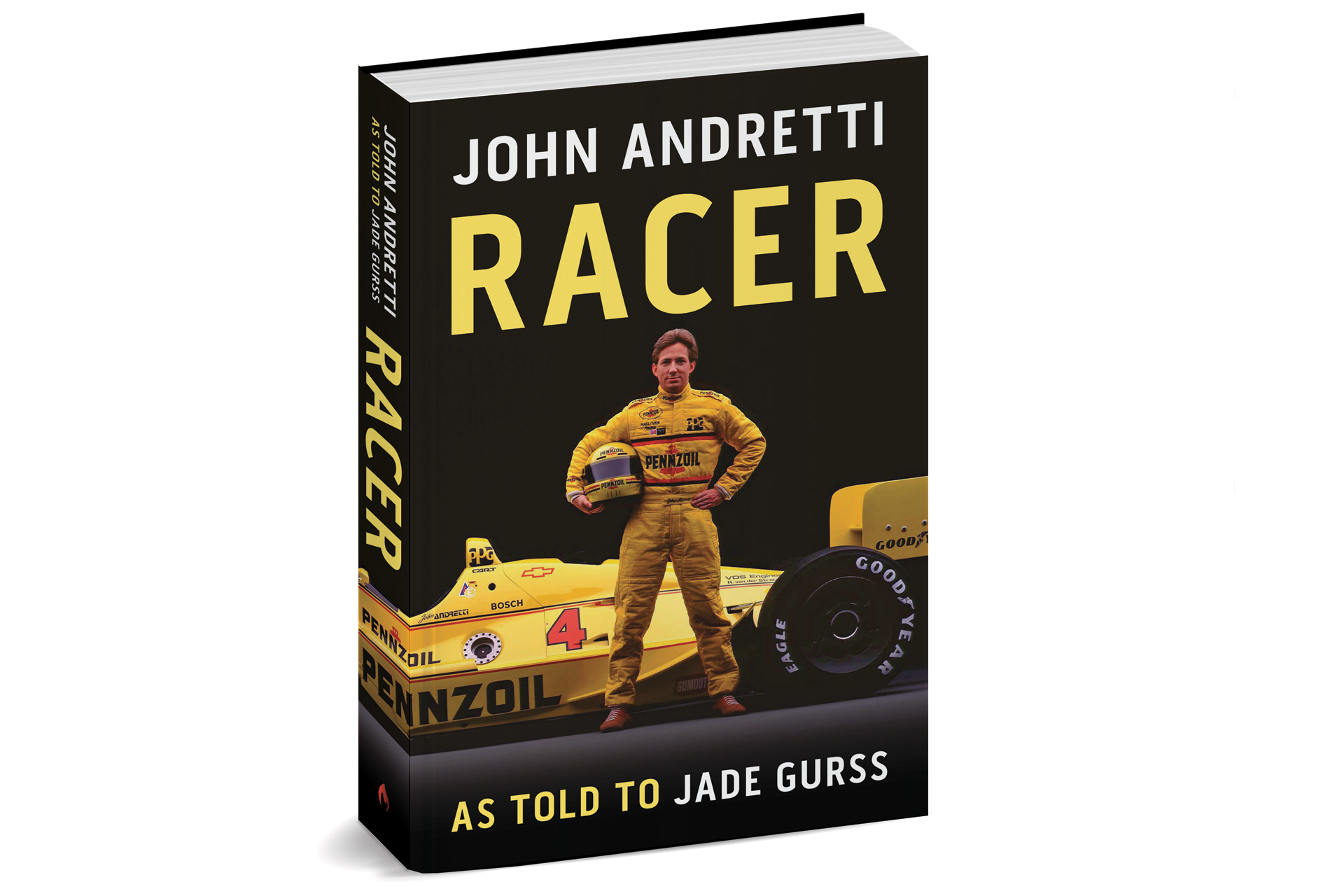 Autobiographies from beyond the grave are often a bit disconcerting – Tour de France winner Laurent Fignon’s “When We Were Young and Carefree” being a good example – as they can come across mawkish or overly sentimental.

John Andretti, a racer every bit as versatile as his famous uncle Mario, passed away in January having being diagnosed with colon cancer. He narrated much of “Racer” to author Jane Gurss in the months before he passed away.

Some proceeds from the book are going to charity, so clearly what isn’t needed here is a nit-picking critic giving you a reason not to buy it. Particularly when Andretti comes across as such a likeable character, and his recent passing must still be felt very keenly by everyone who knew him.

Happily there is a lot to enjoy about “Racer”. This member of the Andretti clan, one of the great racing dynasties, may not have had his uncle’s success, but nor did most racing drivers with a different surname.

He gives a first-hand perspective of IndyCar – both pre- and post-split – NASCAR, sportscars and other forms of racing spanning three decades. Furthermore being a member of US motorsport’s key racing families he offers unique insight, giving many of the stories a true insider edge.

Andretti is freshingly frank about the role his surname had on his career – on one hand knowing it marked him out as a scalp to take in his early days, but also that it (and maybe some quiet calls from Mario) opened a lot of doors.

Although a race winner in both IndyCar and NASCAR, Andretti isn’t quite one of the greats of the era. As he tells it in the book, Andretti by sticking to his word, was on the wrong end of several ‘sliding doors’ moments throughout his career. At times this comes across in an ‘aw, shucks’ tone, which can grate, and those hoping he has any great secrets to uncover can look elsewhere.

There is also a lot of detail about Andretti’s illness, and there is a push throughout the book to raise awareness of colon cancer. We take drivers’ fearlessness on the track for granted; clearly Andretti confronted his disease with the same bravery.

Undertaking the project with established US motorsport journalist was a great call, giving structure, pace and polish to the narrative.

Motor racing autobiographies run the gamut from Damon Hill’s superb “Watching the Wheels” to Jenson Button’s “Life to the Limit” (best regarded as if every copy came with free Covid-19); “Racer” lies somewhere in the middle. But it’s engaging written, offers plenty of anecdotes for the US motorsport fan, and it’s for a good cause – so what’s not to like?