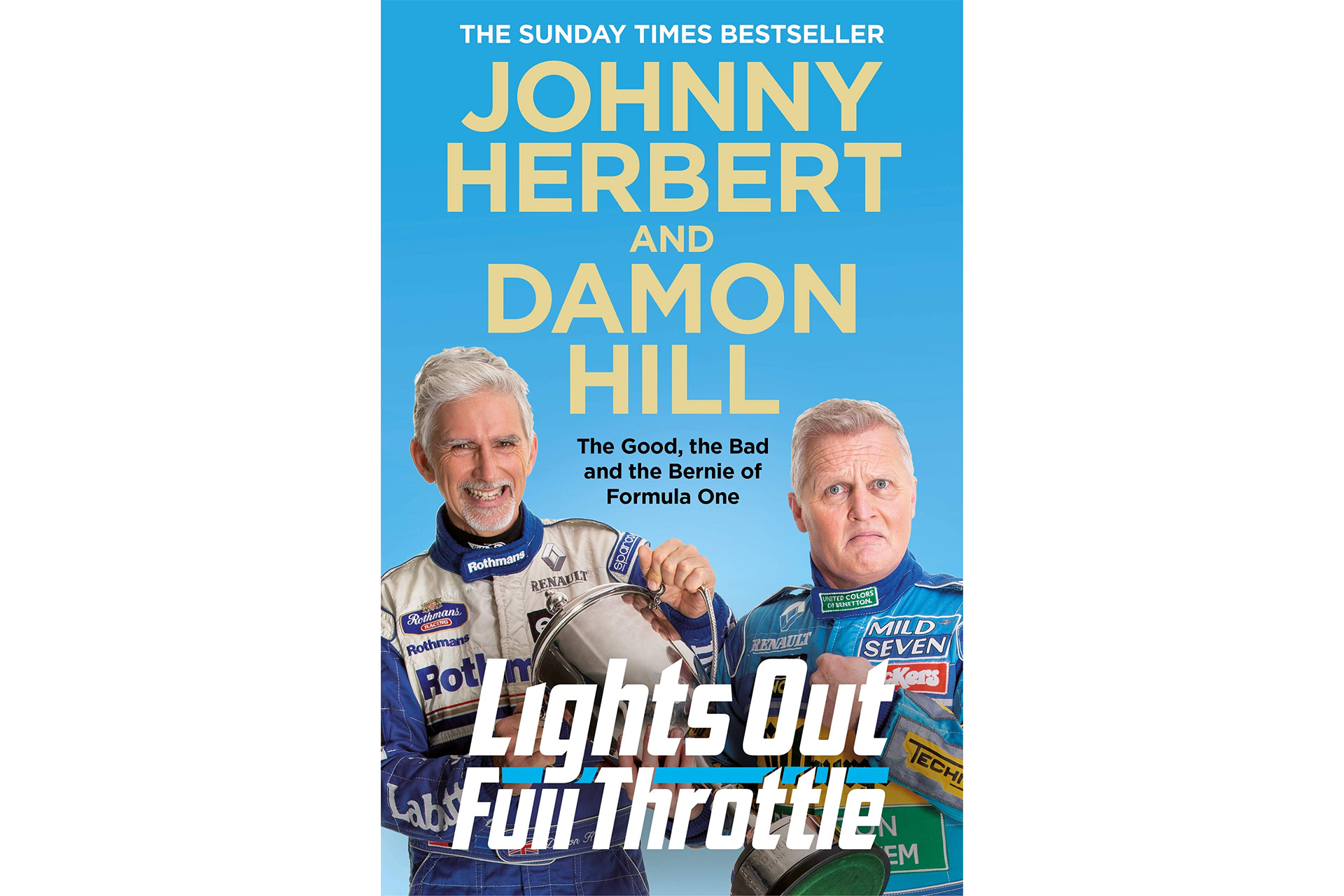 “Choo Choo!” It’s all about the banter express for “Lights Out, Full Throttle” the Damon Hill and Johnny Herbert collaboration that – according to the cover – details “the good, the bad and the Bernie of Formula 1”.

Referred to hereon as LOFT (also the immediate destination for my copy), the book is essentially a conversation between Hill and Herbert on a range of F1 related topics, interspersed with ‘jokes’ and bantz. This is the Christmas funnies video in book form.

Building on the double act they’ve (allegedly) established on Sky Sports, LOFT tries to capture a comedic bickering tone. But whether through overwrought ghost writing or high speed editing, it largely fails to give a convincing impression of capture natural speech cadence. Road-testing this format as a podcast first would have weeded out the best stories and provided a more genuine feel (see Lineker and Baker Behind Closed Doors for a good example).

Their current paymasters loom large. For a pair with 275 F1 starts, 25 wins and a world championship between them, it’s curious their favourite reminiscences of venues like Silverstone and Monaco are apparently segments they filmed for Sky Sports. Yes, really. Pretty much every chapter mentions their television work and the whole affair quite evidently comes with the rubber stamp of approval from Sky towers.

All of which makes some of the fact checking, or lack thereof, all the more woeful. ‘Ralph’ Schumacher, ‘Stow’ corner – for example. At least get someone who has a rudimentary knowledge of the sport (you can join the dots for yourselves Sky fans) to have a proof-read before sending it to the printers.

The more technical section comes as a jarring contrast, albeit a welcome one, where both reel off innovative cars by official name (Brabham BT46, Lotus 88) in a manner strikingly at odds with the detail offered elsewhere.

In their autobiographies, notably Hill’s first-rate example, both have shown they are capable of offering thoughtful, sincere and insightful – after all you don’t have the careers that both enjoyed without being very sharp.

Frustratingly, LOFT has glimpses of real quality. When they escape the clown act constraints and get into proper discussion, Hill and Herbert share the virtue of their huge knowledge and sharply-honed perspectives on the sport. They are both genuinely likeable characters, they don’t need to act like it.

It’s certainly not as though books which focus on the lighter side of Formula 1 can’t be entertaining and enjoyable reads. Many of the stories here are funny enough to stand on their own, without the need for embellishment or repeated references to wee. These sections make it just about worth taking the time, as there is plenty of new material for staunch F1 fanatics (sorry, I meant race fans).

Doubtless this will appear under the (socially-distanced) Christmas trees of many fans this year. It is, just about, worth your time, especially if under the influence of festive tipples, before a trip to the nearest charity shop.

15 comments on ““Lights Out, Full Throttle” by Damon Hill and Johnny Herbert reviewed”