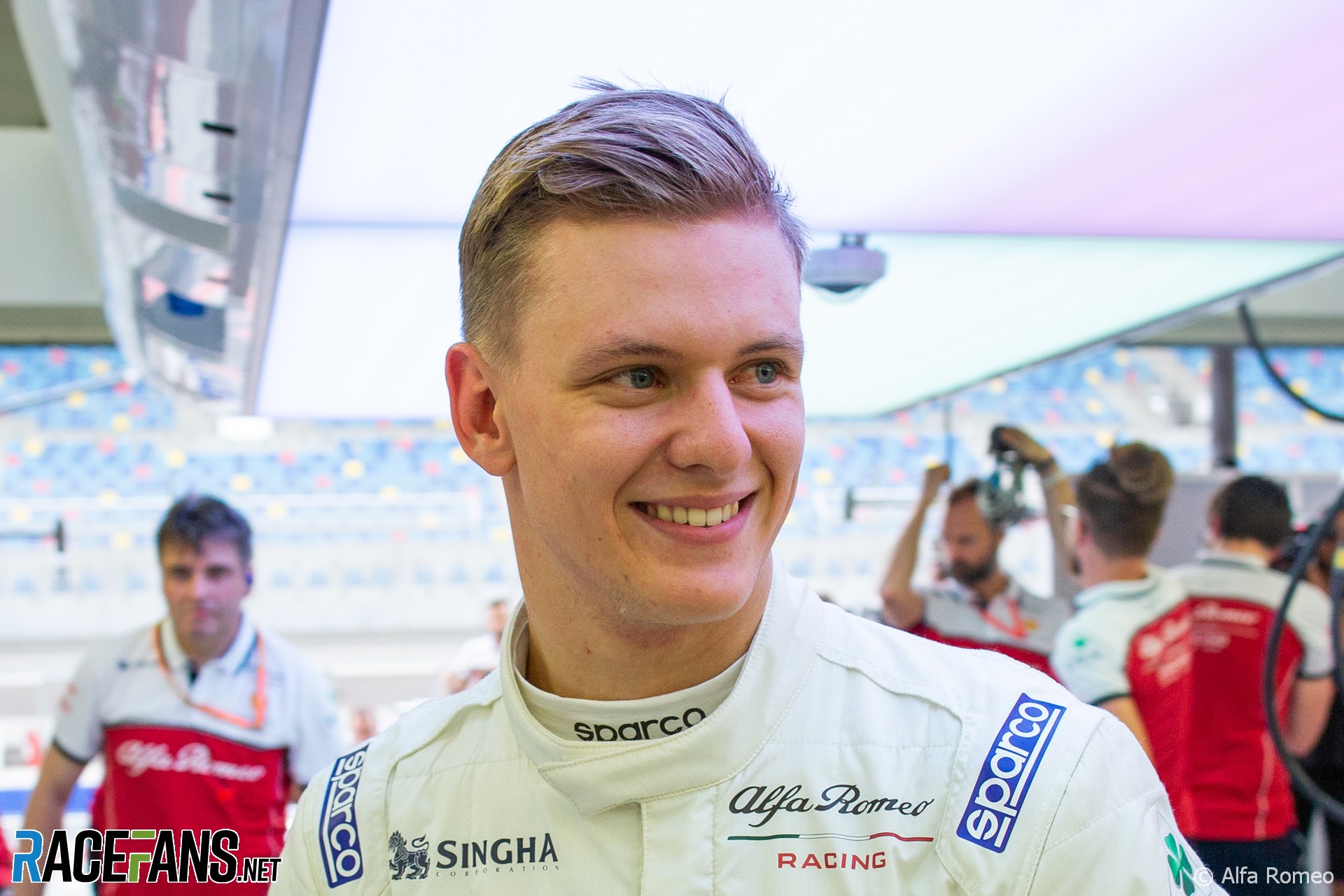 Has any driver in the history of Formula 1 arrived in the sport with a surname which carries anything like the same weight of expectation as Mick Schumacher?

Bruno Senna can possibly relate, having followed in the footsteps of Ayrton between 2010 and 2012. But there are differences in degrees: Bruno was Ayrton’s nephew, not son, and for all his uncle’s indisputable greatness, Senna was not empirically the most successful Formula 1 driver ever.

Lewis Hamilton may have proved at least his equal in terms of raw numbers, but this does little to diminish the potency of Schumacher’s legacy. And no one will feel that legacy more keenly than his 21-year-old son, who will follow his father into Formula 1 next year.

Undoubtedly, the association has brought with it privileges and opportunities which are not just unavailable to most people, but to anyone who isn’t a junior Schumacher. But it also brings with it a fearsome weight of expectation which will rise to new levels following today’s announcement of his grand prix debut in the 2021 F1 season.

At the obvious risk of adding to such judgements, what has Schumacher’s career to date told us about how he stacks up compared to his father?

Having followed much of his career up to this point, starting when he disguised the famous surname to shield himself from the inevitable media glare, the fairest word to sum up Mick Schumacher’s status as a future F1 talent is, to my mind: ‘credible’.

This is not intended as damning with faint praise. There have been many drivers who I wasn’t convinced by in the junior categories who have exceeded my expectations since they arrived in F1.

But setting aside the implications of that surname, Mick Schumacher has not up to this point struck me as a blinding talent of the type that screams ‘give this kid an F1 car now’.

I remember being stunned by Charles Leclerc’s performance as a wildcard at a damp Nurburgring in the 2014 Formula Renault Eurocup. Max Verstappen’s masterpieces of controlled aggression in the European Formula 3 field the same year stuck in the mind in much the same way.

Schumacher has been more of a slow-burner. But the silverware is there. He won the European F3 championship in his second season. Oddly, he didn’t score his first win until halfway through the campaign. He went into that race 10th in the championship, 67 points behind leader Dan Ticktum, yet came out on top by 63 having been a serial winner in the second half of the year.

His F2 campaign this year has had similar traits. Eight races in he was ninth in the standings, yet he will go into the season finale this weekend with a 14-point lead over Callum Ilott.

Attempting to draw any comparison with his father’s career up to this point is futile because they raced in largely different series. Schumacher senior won the German Formula 3 crown 30 years ago, dovetailing his commitments with an apprenticeship at Mercedes’ sports car team, where he learned the fuel management techniques which served him so well in F1’s era of refuelling races. He continued with the three-pointed star into 1991, when he grabbed the chance to make his Formula 1 debut with Jordan.

Besides being a seven-times world champion and winner of 91 races, Schumacher’s legacy was tainted by controversies, notably those title-deciding clashes in 1994 and 1997, and later ‘Rascassegate’. These were arguably foreshadowed by incidents before he reached F1: Parking his damaged car on-track to trigger a race stoppage at Le Mans in 1990, or his controversial clash with future championship rival Mika Hakkinen at Macau the same year. There are no obvious parallels in Mick Schumacher’s career to date.

With all due respect to Haas, it’s hard to imagine Mick Schumacher will have the same opportunity to impress on his debut the way his father did. Michael Schumacher’s astonishing arrival, planting his nimble Jordan 191 seventh on the grid at Spa, seven-tenths of a second ahead of his highly experienced team mate Andrea de Cesaris, prompted an immediate scramble to put his name on a contract.

F1’s newest Schumacher is unlikely to find his Haas is that competitive next year. And the guy on the other side of the garage is also an unknown quantity.

Last weekend Haas were the slowest team on track for the fifth time this year. The VF-20 has had next to no development, its successor will be a reworked version of the same chassis, and will also want for upgrades as the team turns its attention to the new 2022 regulations.

Schumacher’s immediate benchmark will be fellow rookie Nikita Mazepin. Barring a surprise in this weekend’s F2 title fight, Mazepin will arrive in F1 without a junior title to his name, but like Schumacher has had opportunities to test F1 machinery.

The first objective for Schumacher – and, indeed, for Mazepin – is to put clear daylight between him and the guy in the other car. Points may only be on offer infrequently next year, so to make a case for his promotion Schumacher needs to do to his team mate what George Russell has been doing to his. And, indeed, what Michael Schumacher regularly did to the likes of Eddie Irvine and Rubens Barrichello.

Arguably, his father’s reputation is so great that benchmarking Mick against it is so obviously unrealistic that it doesn’t matter. Long-term followers of the sport with a realistic perspective will surely take this view; millions of casual fans may simply be expecting a ‘Schumacher II’.

But none can doubt the emotional dimension to Mick Schumacher’s arrival in F1. He was only 14 years old when his father suffered brain injuries in a skiing crash at the end of 2013, since when he has been out of the public eye, the details of his condition a closely guarded secret.

Mick Schumacher has spent all of his life in the reflected glory of his famous father, but lived a third of it since that terrible day seven years ago. Notwithstanding this, he has used both his talent and the unique opportunities available to him to make a convincing case for his own promotion into F1. Next year we will begin to learn how much further he can go.

If you've enjoyed RaceFans' motor sport coverage during 2020, please take a moment to find out more about our Supporter Drive.

We're aiming to welcome 3,000 new Supporters to help fund RaceFans so we can continue to produce quality, original, independent motorsport coverage. Here's what we're asking for and why - and how you can sign up: