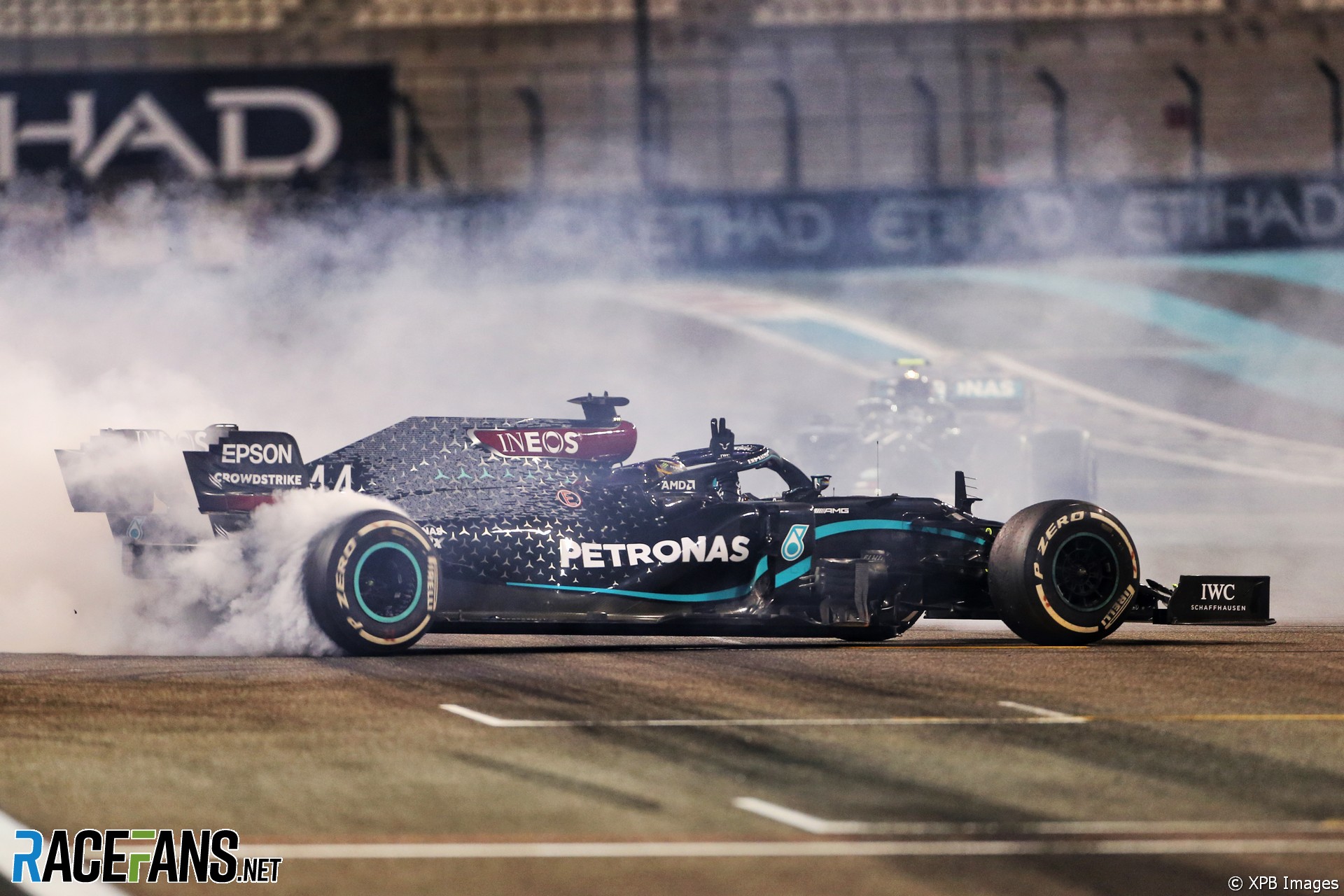 Lewis Hamilton says he is unaware whether Mercedes had to turn their power units down for reliability reasons in the Abu Dhabi Grand Prix, but it would “make sense” if they did.

Max Verstappen scored a comfortable win 15 seconds ahead of the closest Mercedes at the end of the race. Afterwards he said: “I read they had to turn their engines down a bit, so that’s not helping for them.”

Hamilton responded to Verstappen’s suggestion the team had to protect their MGU-K, saying: “I don’t think that’s the case.” An MGU-K problem on a Mercedes power unit led to Sergio Perez’s retirement in the Bahrain Grand Prix.

Hamilton said he doesn’t know if Mercedes took special measures to protect their power units at Yas Marina this weekend.

“When we go back now we’ll ask about it because I wasn’t aware of that personally, I arrived late Thursday night,” he said.

However Hamilton conceded there had been been reliability problems for other Mercedes-powered cars this year.

“HPP and Mercedes have done an amazing job this year. If you look at my reliability for example it’s managed to finish every race so it’s been really fantastic.

“There have been issues with other engines that Mercedes have done for example for the Force India [Racing Point] and with the Williams. So we definitely have work to do.

“If they have done something then it would make sense for sure. I’m just grateful that we’ve finished now and we’re not going to be using any of those engines again anyway so it’s all good for us to do doughnuts.”

“Honestly I wasn’t aware that the engine was turned down so I can’t really say much,” he said. “I don’t know if it was, how much it was. Red Bull was obviously quicker and for the first time this year they had such a gap on the race pace. Not much more to say.”