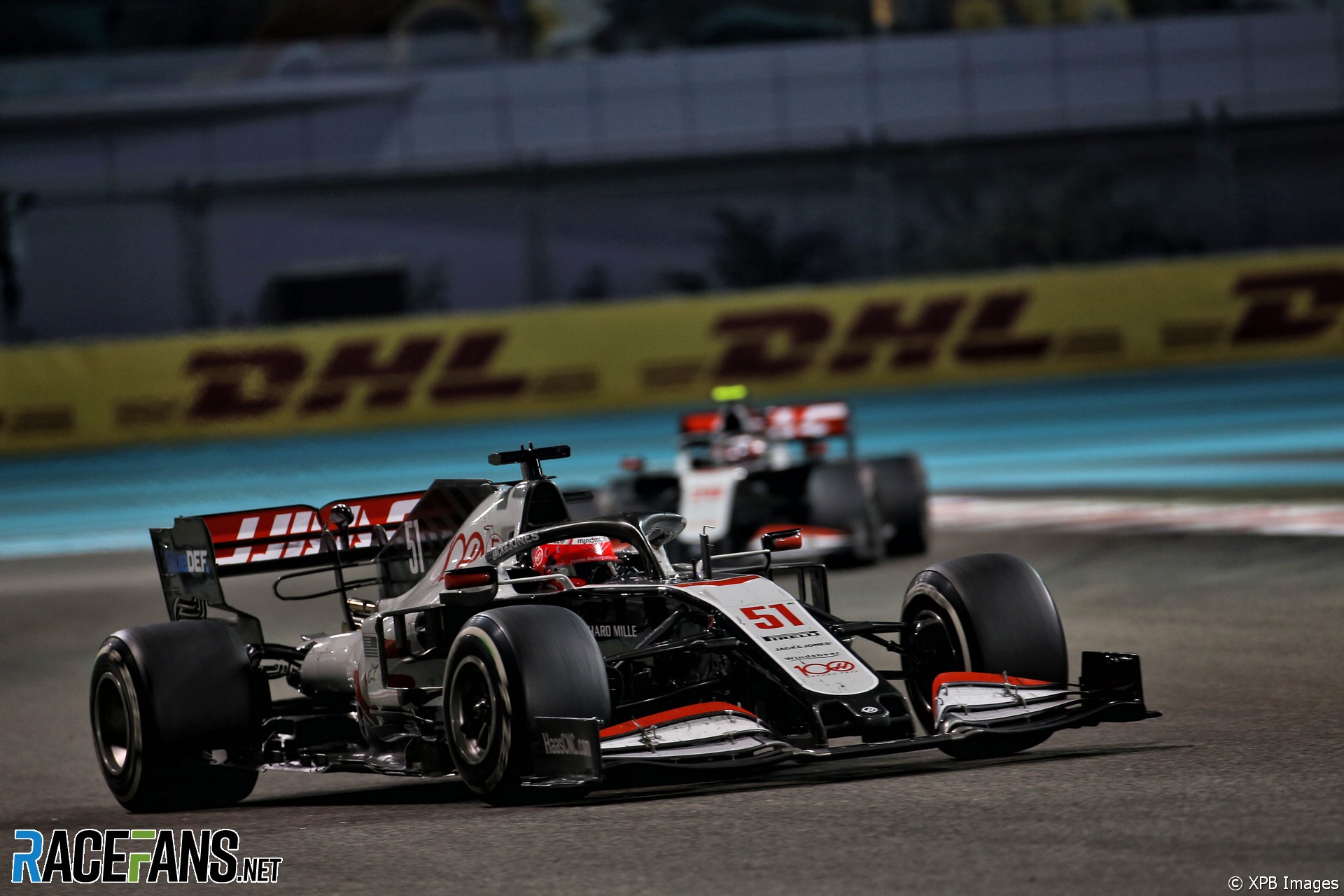 Kevin Magnussen says Haas were not really racing with the competition in Sunday’s Abu Dhabi Grand Prix, which he finished almost 40 seconds behind their nearest rival.

After taking the chequered flag in his final F1 race a distant 18th, with only team mate Pietro Fittipaldi behind him, Magnussen said the team didn’t expect to be competitive in the final race of the year.

“We weren’t actually really taking part in the race,” he said. “We were just sort of driving around. We had no expectations for the race. We did what we could.”

Bot Haas drivers’ lap times dropped off towards the end of the race, prompting them to make extra pit stops. Magnussen took the chequered flag nearly 40 seconds behind the next car, which belonged to Nicholas Latifi.

After Magnussen thanked the team on the radio for their four years together, team principal Guenther Steiner replied saying: “Kevin, thanks for the last four years. You did a great job.”

“Sorry that this race we couldn’t do any better,” Steiner continued, “but please don’t judge us on this one, you know we are better than this, we just have a tool which doesn’t work. You have to drive it out there and I’m not jealous about that one, I tell you.”

Magnussen will race for Ganassi’s IMSA sports car team next year. He said he is eager to get back to competitive racing after two fruitless seasons with Haas, during which time they slipped to the back of the F1 field.

“I’m a racing driver that likes to win. And I know every racing driver wants to win but I really, really want to win and we haven’t been even remotely close to being in any sort of situation to win races in the last two years and even four years.

“So I’m not really sad because I’m really looking forward to getting back in a winning situation where I can go to race weekends and just think about and be focussed on that win and think about the championship all year. So I’m not going to miss that in Formula 1.

“Unfortunately, I wasn’t able to put myself in a position to have a car that can win races. But still I’m grateful for the opportunity I was given in Formula 1. It was a childhood dream that came true and I feel really privileged to have got that opportunity.”

Despite Haas’s unsuccessful end to the year, Magnussen said the Abu Dhabi Grand Prix was “great in terms of saying goodbye to the team.

“I think we’ve had a great time, looking back at the four years we’ve had, I’ve really enjoyed it. I’ll think back on some great memories and I wish all the best for the team in the future. I’m going to be rooting for them.”