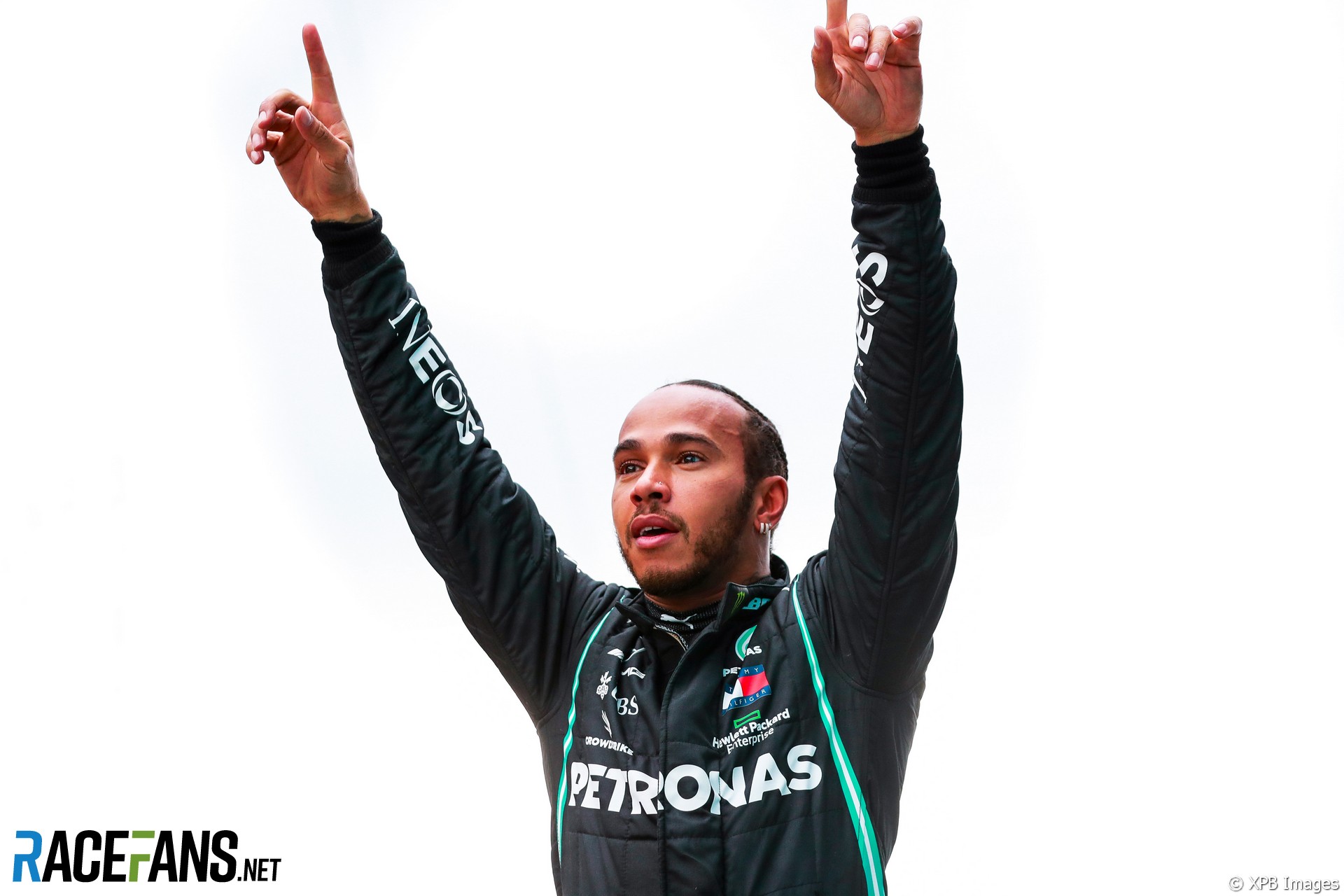 With Red Bull seldom in the picture and Ferrari no threat at all to Mercedes, the 2020 championship was always going to be all about Hamilton and Bottas. While the outcome long seemed a foregone conclusion, the title battle was finally settled at Istanbul, with three races still remaining.

On the face of it, this was very familiar: Hamilton clinched his two previous championships with three races to spare. But the crucial difference, which made his latest achievement more impressive, is that there were four fewer races in 2020. Hamilton pulled out the necessary lead over the competition more quickly than he had in previous years.

He had a little fortune on his side. Unlike Bottas in Germany, he didn’t suffer a race-ending technical failure. His absence from the Sakhir Grand Prix after testing positive for Covid-19 was the only reason he didn’t repeat his 2019 feat of scoring points in every weekend.

But the key to Hamilton’s success was his ability to relentlessly find his way to the front of the field. He usually got pole position and almost invariably converted that into victory.

If he didn’t win, it was rarely because Bottas had put one over him on merit. Arguably the stewards caused him more trouble than his team mate, as Hamilton tripped over some of more obscure areas of the rules on more than one occasion.

There’s no doubt he transgressed by entering a closed pit lane at Monza, but it was a last-minute call involving a little-used rule. At Sochi he was dinged for performing his pre-race practice starts in the wrong place. As Charles Leclerc’s experienced at Spa showed, had the stewards been in a different mood Hamilton might have got away with it.

Both incidents cost him likely wins in a season where he nonetheless triumphed in 11 of the first 15 rounds before contracting the virus. This was his most crushing performance yet.

Those who dismiss Hamilton’s achievements as being entirely down to his car overlook, among many other things, the details which go into achieving such relentless success. The shrewd call for medium compound rubber in Spain, the intelligent tyre management which secured pole position in Bahrain, the opportunistic pass on Bottas at the Nurburgring and his thumping margin of superiority in a wet qualifying session for the Styrian Grand Prix. Not to mention the scale of his wins at Spa, Algarve and Istanbul – the latter an irrefutably superior drive on a treacherous track.

It’s inarguably true Hamilton enjoyed a Mercedes which was restored to almost 2014-16 levels of dominance. But look how close Bottas was able to consistently run him over a single lap, and yet how large the points gap between them was at the end of the season.

That speaks to the quality of job Hamilton day on race day. Appropriately enough in a season when he scored his record-equalling seventh world championship, his performance was Schumacheresque.