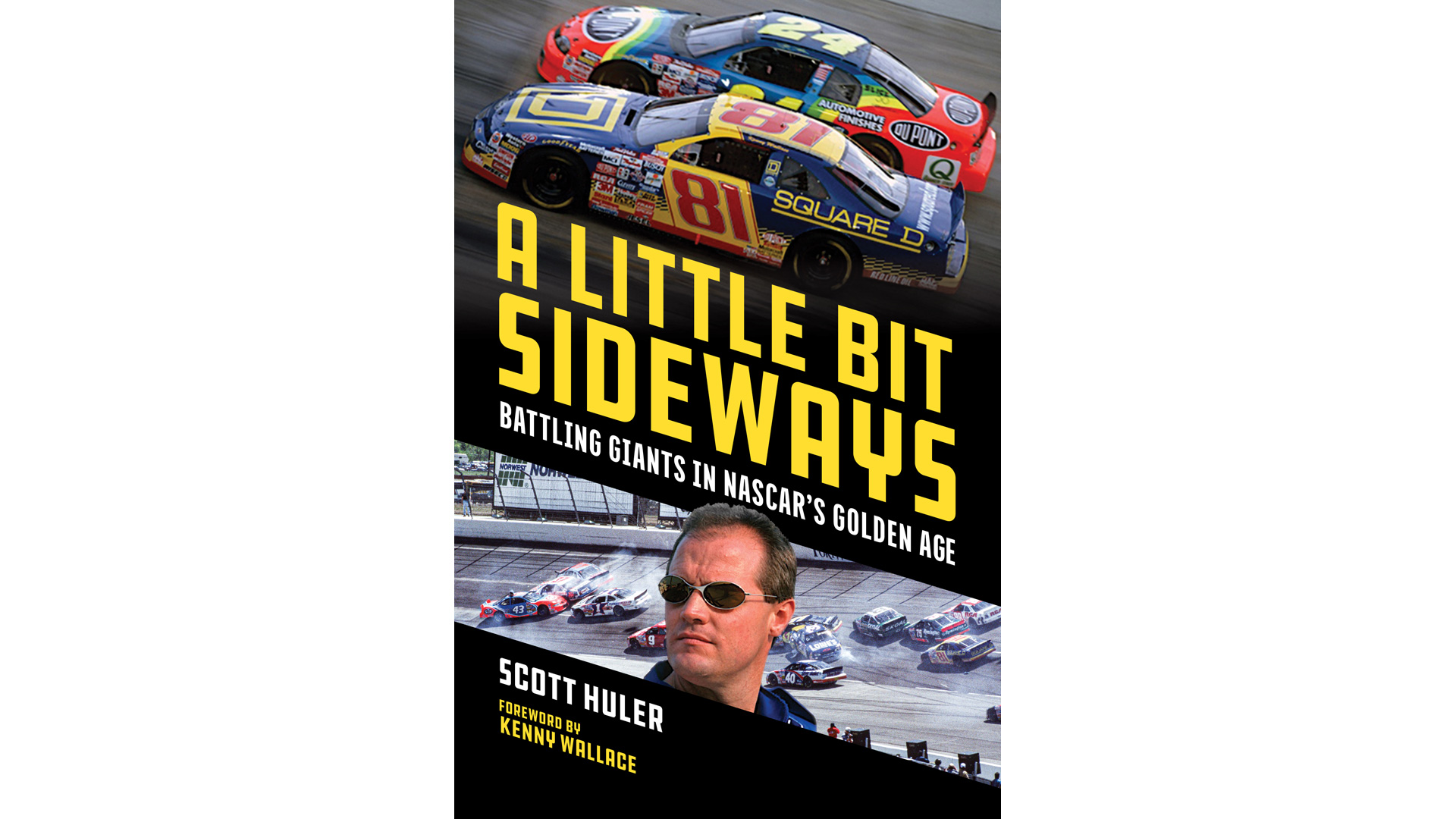 As an outsider to the sport – much as Ted Simon did with Formula 1 in The Chequered Year – Huler is well placed to explain the basics, capture the idiosyncrasies and challenge the mores of the sport in the way that a regular follower may struggle to. It results in a book that is as insightful for long-time followers of the sport, as it is for newcomers.

Following a strong lineage of American sports reportage built around fantastic access (see John Feinstein’s bibliography if you’re into that sort of thing), A Little Bit Sideways takes you right into the minutiae of a late-nineties NASCAR week, capturing the cast of characters both in the team, and surrounding the race weekend. At times the depth is closer to ethnography than sports writing.

As with the best writing ‘A Little Bit’ is both timeless and absolutely of its time. Huler captured the sport during a boom. The sections on sponsorship and team size, whilst illustrating the challenge, don’t quite have the jeopardy of a squad living hand to mouth – yes Filmar were lower-budget, but not on the breadline. At the same time, there is also a profound sense of sport largely living within its means – late nineties F1 may have been laptop led, less so NASCAR – and the costs (comprehensively reported) are substantial but not insurmountable.

Without giving spoilers, there are a few great surprises scattered throughout the book – a narrative twist early on is as amusing as it is unexpected, and Huler has a wonderful turn of phrase ‘the sound of drivers complaining… about their tyres going away… is one of the truly pitiable sounds in racing, comparable to the wails heard in prisoner of war camps’.

Quite what NASCAR will make of this reissue remains to be seen, but ‘A Little Bit’ really does validate those rose tinted spectacles. NASCAR was great in the mid-to-late nineties. The relative simplicity and exuberance of the sport compares very favourably with today’s overly complex format.

Reading about events almost 25 years ago, there is a broader point about giving writers access to shape fly-on-the-wall accounts like ‘A Little Bit’. Books like this help build NASCAR’s legacy – by contrast I’m not aware of any comparable titles about the almost as vibrant CART IndyCar scene in the same era (if there are please point me and take my money), which is now fading from memory.

In today’s heavily PR-driven and social media landscape it is harder than ever to get similar projects off the ground – but I would love to see a series or team take the risk of letting in a writer for a season or two (just imagine how good an ‘in the room’ account of the first few seasons of Formula E could have been). Not only would they make for great reading, but also as ‘A Little Bit Sideways’ proves become superb documents of a time and circumstances that YouTube just can’t recreate.