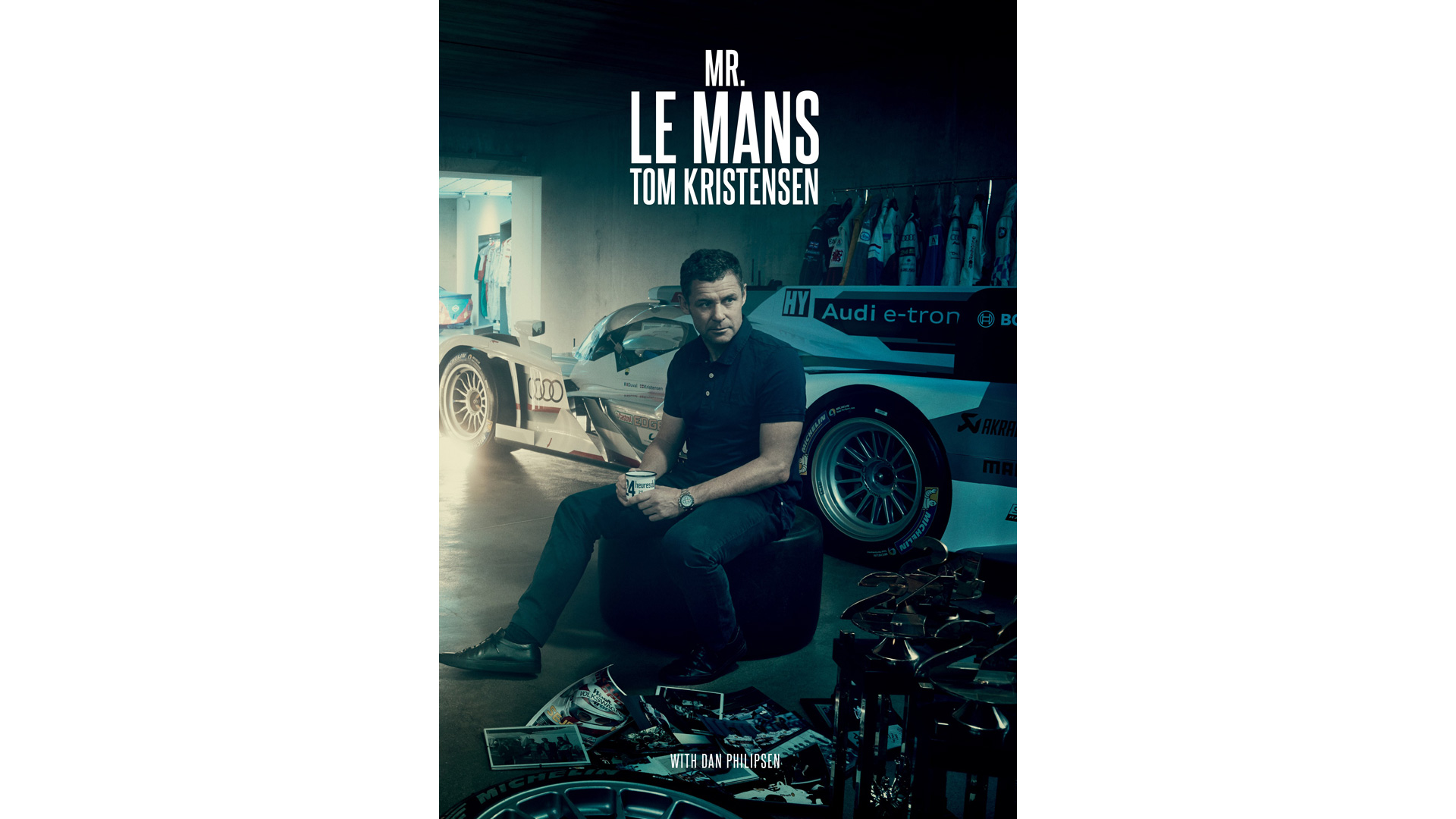 Tom Kristensen is undoubtedly one of motorsport’s greats, and his record of nine outright Le Mans 24 hour wins is likely to stand for many years, if not decades, to come.

Six years following his retirement from the cockpit, Mr Le Mans, his semi-autobiography is out, blending Kristensen’s first-hand account, along with biographical narrative from co-author Dan Philipsen, and interspersed with some excellent appreciations most notably from Charles Bradley and Gary Watkins.

Throughout Kristensen’s career, whenever I saw him being interviewed or doing PR, I always felt that the real person was hidden behind a very polished performance – someone very adept at talking while saying very little. So it is with Mr Le Mans – on one hand the book is fantastically honest (no false modesty about Kristensen’s talent or successes to be found here), but on the other it is also very controlled – you only see as much of Kristensen as he wants you to.

That’s not to say there aren’t some revealing passages – the nine points for success outlined midway through, give far greater clarity into Kristensen’s drive and professionalism than anything else. Likewise, Bradley’s piece is arguably the highlight of the book with some penetrating insights that really get to the heart of Kristensen.

The bottom line is you that you don’t achieve his level of success without being compulsively driven and a perfectionist – this comes through occasionally, especially when discussing fitness, but is partly hidden by the ‘smiling Tom’ PR creation.

Not unsurprisingly, swathes of the book could be subtitled ‘Audi: A love story’. My two-year-old is more critical of her favourite cuddly toy. Kristensen sends nothing stronger than love bombs in the direction of Ingolstadt. There may have been rows behind the scenes, but you won’t read about them here – not unsurprising given their success together.

Something tonally fascinating is that the third party pieces often yield more telling details – such as that Kristensen occasionally chose his co-drivers and mechanics – than the first-hand insight.

Other areas left me wanting more – there is plenty on Kristensen’s time as an F1 test driver, but I didn’t feel as if it fully got to the bottom of why one of the best drivers never to race an F1 car didn’t get the opportunity. The reasons of sponsorship and politics are given at length, but some logic steps seem to be missing from the pace he showed behind the wheel.

There are punches landed elsewhere. BTCC driving standards and Matt Neal do not emerge as heroes, and the support given to fellow Danes – Jan Magnussen and Jason Watt – in the mid-nineties clearly still rankles.

Structurally there are some oddities – the prologue device of the big crash (in this case Hockenheim DTM in 2007) has been done beyond the point of boredom in supermarket-fodder motorsport autobiographies, and sits at odds with the generally excellent writing. For the completists there isn’t a comprehensive career results section, and the pictures, whilst well chosen aren’t exhaustive – which does call into question the semi coffee-table hardback format and generous price tag (£40).

Published as it is, in the first instance Mr Le Mans will appeal to fans and collectors, but I do hope a more affordable edition comes out soon, because the book deserves a wider audience and would be of interest to those who don’t particularly follow motor sport.

Overall, I feel much the same about Mr Le Mans as I do about Tom Kristensen – mixed. This is an enjoyable, very well-written book which I raced through. But it also felt that there are some omissions looming large and that after 430 pages I know the real Tom Kristensen only a little better than I did before.