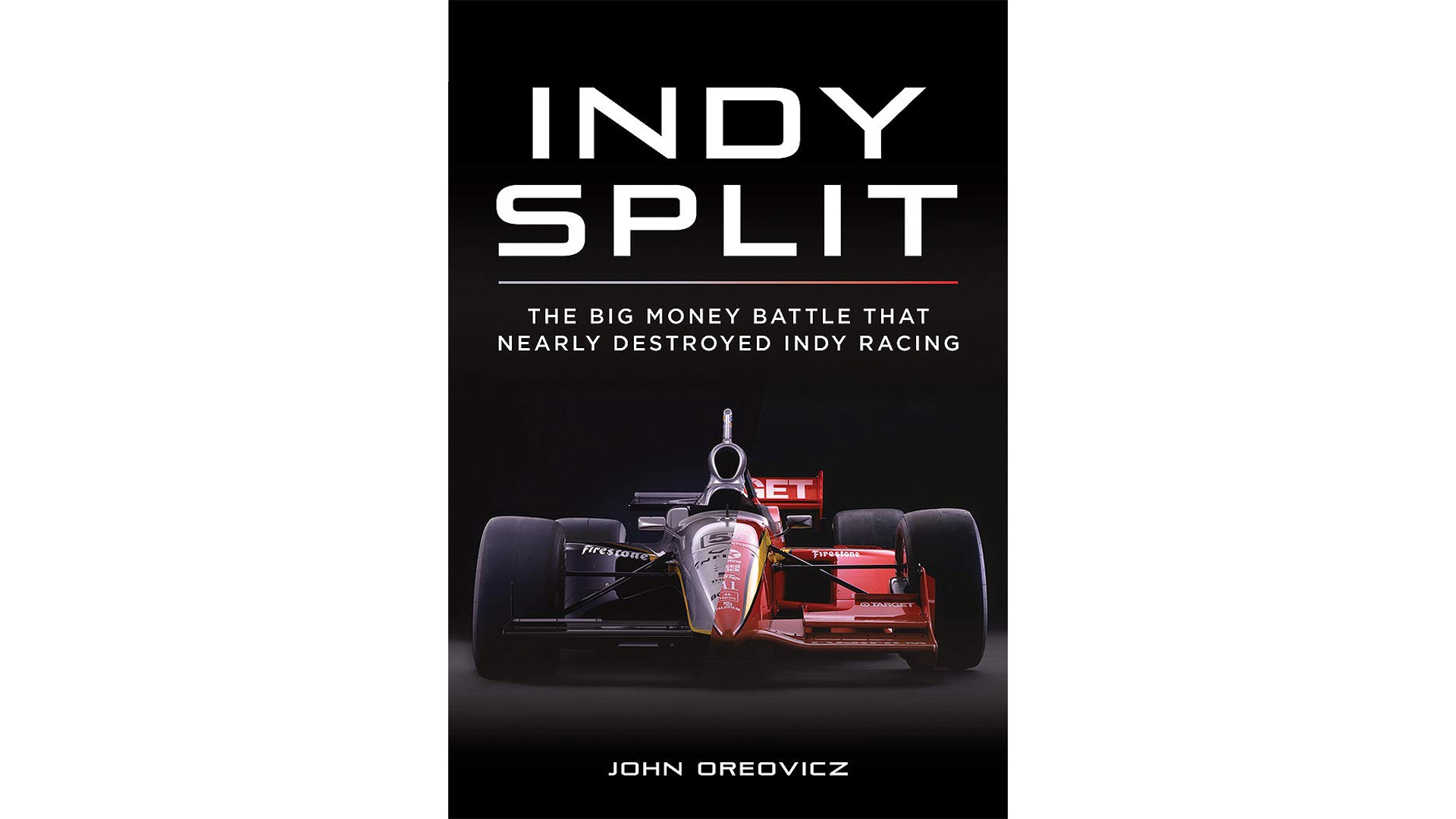 As a long-time fans of American open-wheel racing, to say that I was excited to get stuck into ‘Indy Split’ is an understatement akin to mentioning that Priti Patel enjoys being a bit draconian.

After a very brief history of US single seater racing, Indy Split kicks into gear from the 1979 formation of CART, to the disastrous split from the start of the 1996 season, where the IRL had the Indianapolis 500 and CART (initially at least) had everything else, following the story through to reconciliation in 2008 and Roger Penske’s purchase of the Indianapolis Motor Speedway in 2020. Whilst the on-track action is frequently referenced, the bulk of the book covers the boardroom battles and off-track controversies that led to and perpetuated the split.

As an account of ‘what’ happened Indy Split can barely be faulted, but it does fall short in explaining the ‘why’. This is due to two main reasons; the narrative largely reports events as they happen, with only very brief asides into analysing the why, how and so-what of key moments, and crucially the two essential voices in the story – Tony George and Roger Penske don’t appear to have provided much, if any, input to Oreovicz.

The tone of the book is also interesting – Oreovicz is evidently straining not to take sides (a theme carried on through the perspective pieces, by the likes of Dario Franchitti, at the end of the book), but in doing so, is wide of the mark in capturing some of the energy and excitement of the racing. Likewise the lens is very US centric, which provides interesting perspective – in the UK nineties CART racing was seen as something special; affordable, close and packed with talent, the US view was that it was wildly expensive ($10m per car per season), too many foreign drivers and technologically exotic.

This is certainly not the story of business master strategy – impulsive and rushed decisions, small moments with big consequences are the order of the day. What really comes through are some of the sliding doors moments – what would have happened had the CART teams not sold their 1995 equipment to the start-up IRL teams? Would Honda and Toyota stayed with CART if they’d sorted their engine regulations sooner?

Hanging over the whole piece is the enigma of Tony George. The pen portrait of his early days in the sport suggests someone whose only qualification to be anywhere near running Indy racing is family lineage. Yet at the same time, George has arguably done more than anyone else to drive and invest in single seater oval safety in the past two decades (although given the appalling safety record of the first generation IRL cars there was a lot of ground to recover).

The underlying theme though is one of missed opportunities. In 1993 CART had the Formula 1 champion, surging global demand, huge race day audiences and enviable investment from manufacturers. Less than a decade later both CART (by then Champ Car) and IRL were hanging on by a thread. Both sides had their moments, and both made some monumental errors.

Until Penske switched into the series it wouldn’t be unfair to characterise the IRL as a low-quality crash-fest. Likewise CART had its cruelly tone deaf moments – racing on after spectator and driver fatalities at Michigan in 1998 and Fontana 1999 – whilst also managing to somehow burn through its $100m fighting fund in the space of a single season.

Indy Split comes full circle with 2008’s re-union through to Roger Penske taking control of the IMS and IndyCar racing. The timing of that decision is surely another area which deserved more explanation, however.

At the time of writing a the IndyCar standings are headed by a Spanish driver initially placed in the series by Honda, exactly the scenario the IRL was founded to oppose. Thus, after 30 years IndyCar is pretty much where it could well have been anyway except, sadly, far fewer people watch or care.

For the uninitiated ‘Indy Split’ is a must-read, for the hardcore fan, it is also essential, although I expect it will leave you with as many questions as answers.