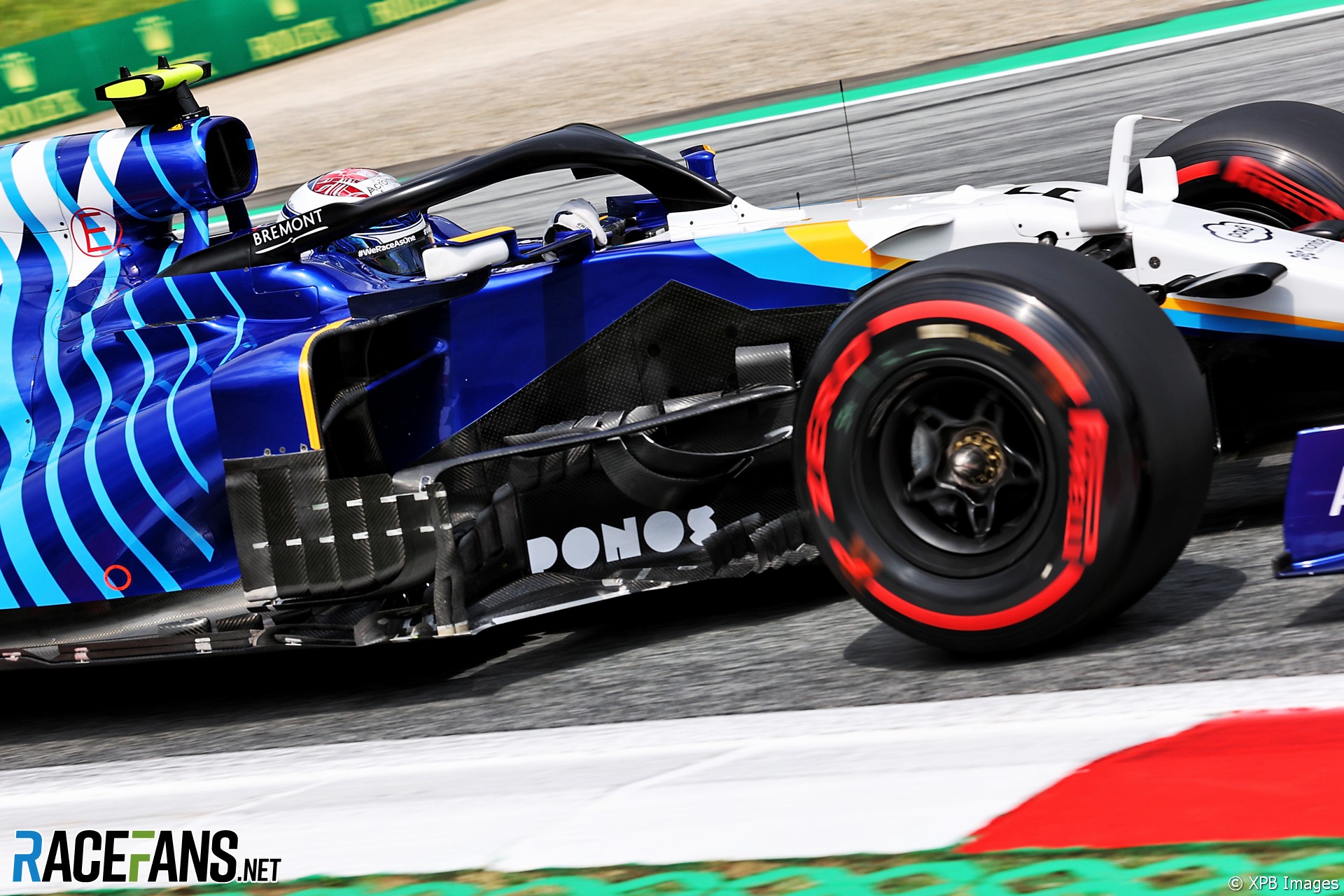 Williams is resigned to going into the 2022 Formula 1 season at a disadvantage as it will not produce a ‘mule car’ to test the new, 18-inch tyres which are being introduced.

The team’s nine rivals have all built such cars, based on recent chassis, to simulate the forces the new wheels will be subjected to under the sport’s heavily revised regulations for next year. McLaren became the last of them to sample the new rubber for the first time yesterday.

Williams chose not to join in Pirelli’s development programme for the tyres for cost reasons ahead of its sale last year. Following its acquisition by Dorilton, newly-installed technical director FX Demaison told RaceFans the team was looking into whether it could produce a ‘mule car’ in time to test the new tyres at December’s post-season test in Abu Dhabi.

However their head of vehicle performance Dave Robson said last weekend that will not be possible. “We won’t be running a mule car in Abu Dhabi,” he confirmed.

“Ideally you would have the mule car and you would do that running and get the learning for yourself,” he said. “But the parts you need to make, particularly the wheels, you needed to have sorted that out so long in advance when we just didn’t have the time or the resource to do it. So it’s a kind of decision that was made a long time ago that’s now irreversible.”

Robson expects the lack of any ‘mule car’ running with the new tyres will leave them at a disadvantage. “We still get [a] decent amount of data from Pirelli and we can do laboratory tests on the tyres, so it’ll be a small disadvantage but I think we’ll quite quickly make that up,” he said.