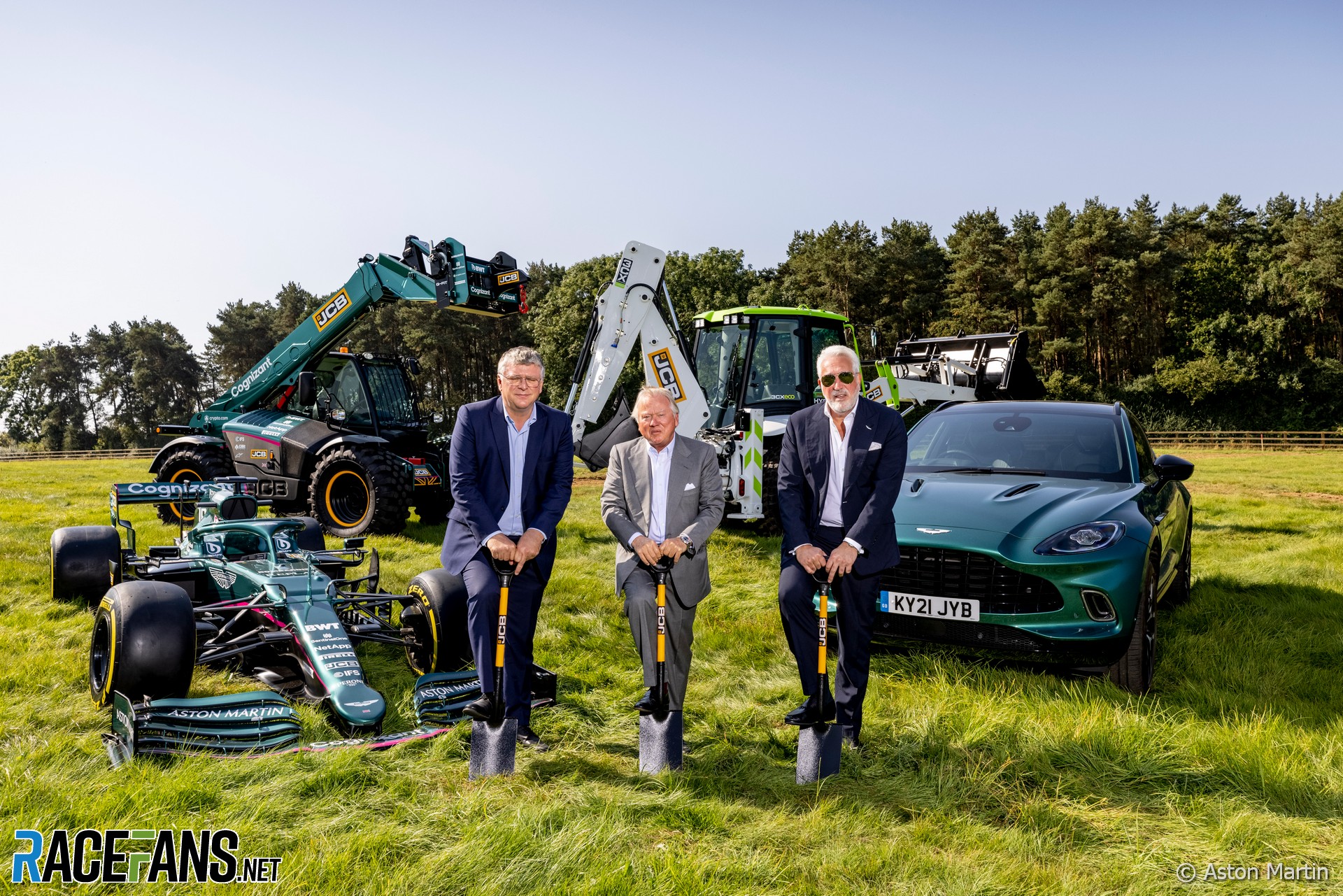 Aston Martin has begun building its new Formula 1 factory which is due to open by the beginning of 2023.

Covering 37,000 square metres and built at a cost of £150-200 million, the massive expansion of its current premises next to the Silverstone circuit will include a new wind tunnel and simulator. As well as significantly improving the team’s facilities, it will bring staff currently spread across multiple locations together in a single place.

A formal groundbreaking ceremony was conducted involving Aston Martin’s executive chairman Lawrence Stroll and team CEO Otmar Szafnauer along with JCB chairman Lord Bamford. Stroll promised his team’s factory will be “the only one currently fit-for-purpose with the financial regulations taken into consideration.”

The new premises was designed by Ridge and Partners and is being built in conjunction with Gardiner and Theobald. Two new buildings will be constructed adjacent to the existing facility, with a walkway connecting all three.

One new building will house the team’s design, manufacturing and marketing departments. Another will feature a new wind tunnel featuring an up-to-date steel-belt rolling road system and flow-imaging section area. The existing building will be repurposed to house staff facilities and the logistics department.

It will be the first new factory built by an F1 team in 17 years. Stroll expects it to set the standard in the sport.

“It’s a brand new, fit-for-purpose campus,” he said. “It is the newest, state-of-the-art.”

“It will be the first 5G factory, be completely sustainable,” Stroll explained. “It will be a true smart factory in every sense of the word.”

He sees the expansion of Aston Martin’s premises as essential to the team’s goal of competing for the championship.

“This is really following suit in line with our aggressive and ambitious recruitment drive here,” Stroll said. “We will be able to have the headcount that we so desperately want and need, again, to fulfil my ambitions to fighting for world championships.

“It will be an inspiring and empowering place in which to work, design, manufacture and hopefully win. So this is really the first major step in addition to what we’ve done to date as far as we’ve been able to in relation to premises.”

Stroll expects Aston Martin’s base will outstrip that of its rivals once it is complete.