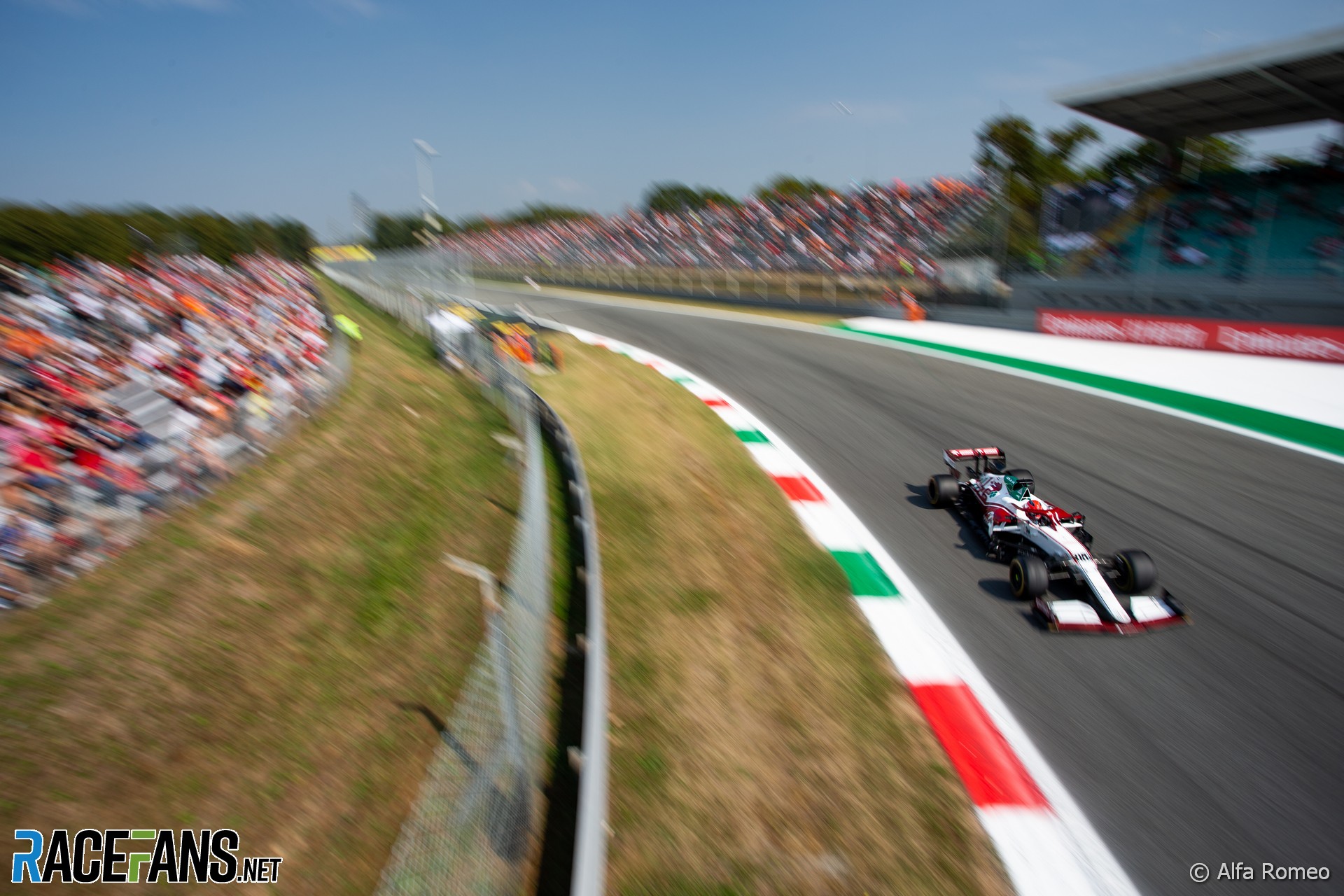 Robert Kubica was surprised by the amount of Polish support which appeared for him in his second appearance for Alfa Romeo last weekend.

The one-time grand prix winner returned as a substitute for Kimi Raikkonen again in the Italian Grand Prix. Kubica, who came close to signing for Ferrari earlier in his career, said he had been hoping for a chance to return to the venue.

“I always wanted to do [first practice] in Monza just because I always feel quite special emotions here,” he said. “It’s one of the tracks where I enter, whatever I’m coming to the paddock, if it’s ELMS or even some testing, it gives me a special feeling.

“For sure we didn’t achieve what we were hoping for as a team as a final result. But we gave everything and I hope fans enjoy it and appreciate it. I would like also to thank the Polish fans because they was, extremely, a lot of flags. Surprisingly, more Polish flags than Italians here.”

The crowd was restricted to a maximum of just 25,000 spectators for last weekend’s race due to Covid-19 restrictions.

“It was a difficult race with sliding a lot, especially on the hard compound,” said Kubica. “Difficult to follow the other cars.

“I think generally we were running a lower level of downforce or very low level downforce compared to the others. We were very strong on the straight line. This helps us to protect [the tyres] but to follow the others, at least I struggled a lot in that. The tyres were sliding lot, overheating, so it wasn’t easy.

“The first stint with hard tyres actually pace-wise was looking not good but in the end it was tending to our way with George having quite a lot of difficulties with the tyres.”

“On the restart I was very close to Ocon but I lost so much grip, so much downforce, and actually this complicated my life a bit,” he said. “I defended pretty well with Seb for a few laps and trying to also stay attached to Latifi, which I was managing.

“But when Seb overtook me, I couldn’t follow him. And then we swapped positions with Antonio so we finished the race like this.”

Raikkonen is due to return to the car at the next round in Russia.