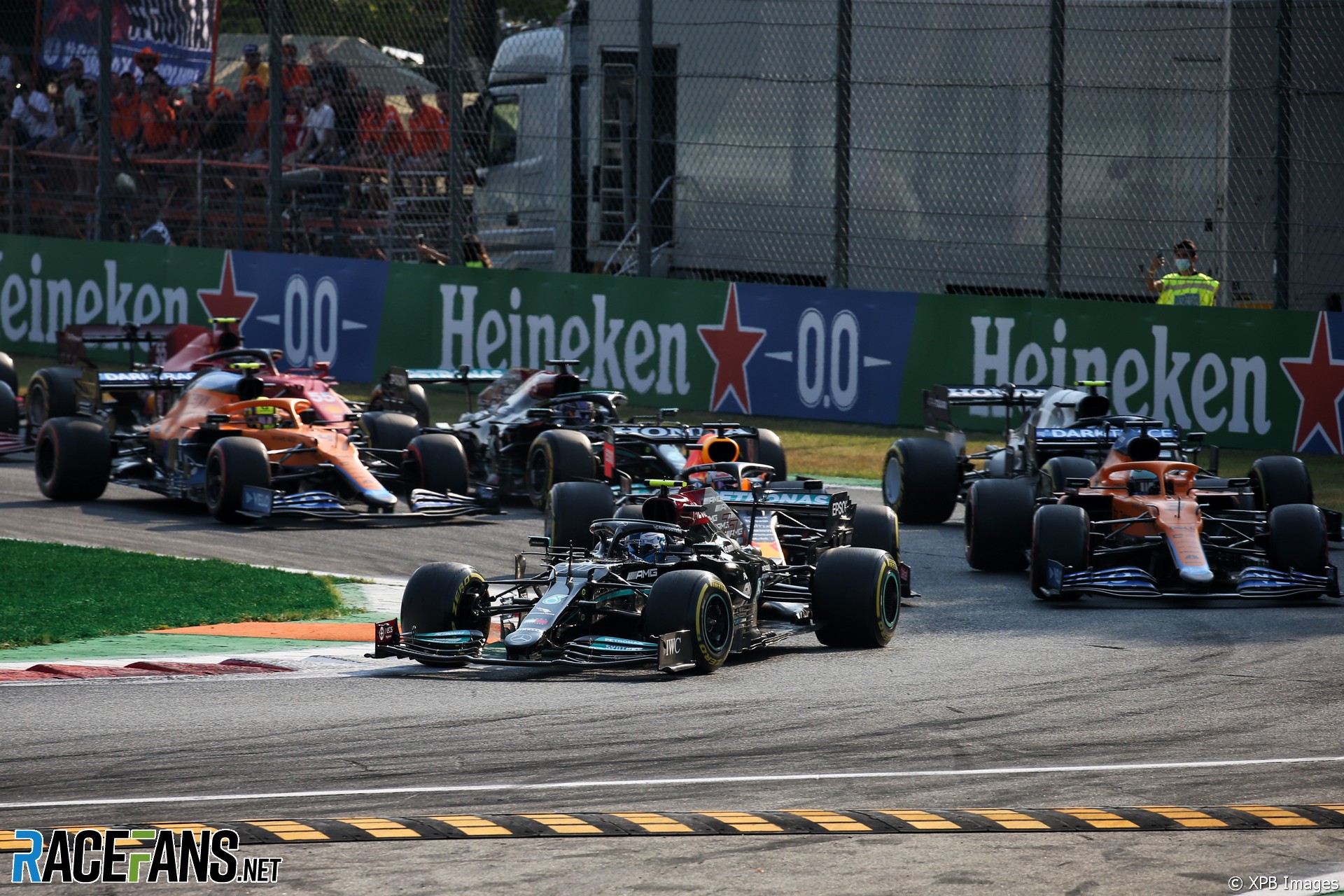 Formula 1 drivers have suggested changes to the series’ sprint qualifying races following a processional second running of the format at Monza.

Drivers remained in single-file throughout much of the heavily-promoted extra 18-lap race on Saturday afternoon.

Lando Norris admitted it “wasn’t the most exciting race” but said he didn’t want to be negative about Formula 1’s experiment with a new race weekend format, which was previously tried at Silverstone.

The extra races are run to decide the grid for Sunday’s grand prix. F1 motorsport director Ross Brawn has suggested instead making them separate, standalone races in order to discourage drivers from approaching them conservatively.

Norris suspects this might work. “If you would have it separate to the actual Sunday race and take away that fear of crashing, allow yourself to do those risks maybe a little bit more and not actually affect Sunday, [it could] at least shake things up a little bit more,” said the McLaren driver.

“But considering we’re in Monza and it’s a bit more of a race track, I don’t think it was the most exciting race for the fans. And I think that’s the whole point of why we’re doing it.”

“It’s always a difficult choice,” Leclerc admitted. “It wasn’t a very exciting race but I still feel like there’s been a bit of action in the first few corners.

“But let’s say that everyone is in the right pecking order like this. The fastest cars are in the front, the slowest cars in the back. So it’s very difficult to make up some positions if we have a sprint race that is very different.

“What I mean by very different is why not the reverse grid of the championship? Then we might see quite a bit more action. In a race like this, obviously, it was quite difficult to follow in front.”

“My feeling is the sprint is too short and the cars are pretty much driving flat-out every single lap and it doesn’t offer enough opportunity between the cars to be able to overtake,” said Russell.

“Maybe we need to use softer tyres or make it mandatory to just be on the soft tyre there. I’m glad they’re trying things but I think for me, you’ll pretty much finish where you ended lap one.”

“There’s a few other factors as well,” Russell added, “The schedule’s always a bit later in the afternoon, the track temperature’s cooler which makes it easier on the tyre as well. If we were slap-bang in the middle of the day, track temperature’s 10 degrees hotter, then there probably would be some tyre management involved.

“But these last two races now we were flat-out every single lap and only in the last one or two laps do you feel a bit of limitation on the tyre, but that’s not enough to make anything too exciting.”

The third and final sprint qualifying event is due to take place at Interlagos in November. Following that F1, the FIA and teams will discuss whether and how the format should return in 2022.